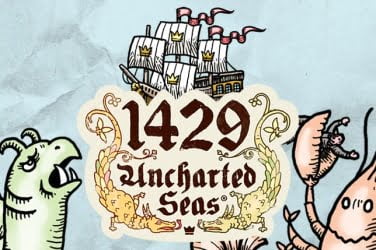 Back in the 15th Century adventurers believed that the oceans were filled with mermaids and ferocious sea monsters. Many explorers daring to set sail in search of what may be hidden within the depths of the water, with few returning to tell the tale. With this in mind, an old traditional map is used as the backdrop to those inspired slots game from Thunderkick.

The symbols of the game can be found on 5 transparent reels with shadows crossing the screen so that players feel as if they are true aboard the ship. And although the design may look rather basic they are in keeping to how maps would have been styled in that era. Each corner of the screen shows the distant land where gusts of wind blow to set players on their way. Traveling the seas with an orchestral soundtrack playing in the background along with effects of cannon blasts, bells and thunder as players continue on their journey.

The 1429 Unchartered Seas slot is a simple but charming game that players of any level can enjoy. Along with the fact that it can be accessed via a Desktop, Tablet and Mobile device it means that any player can take advantage of the various Bonus Features no matter where they may be.

In keeping with the Nautical theme the symbols that are used include a Mermaid, a Turtle, an Octopus, and a Lobster. There is also a freaky looking Monster Fish that lurks upon the reels of the game along with a Sun, Moon and some Stars to guide players on their way.

Wild – this is shown as the Ship upon which the player is voyaging and it will only land on the 2nd, 3rd, and 4th reels. They are able to change any of the Basic symbols is this allows the potential of creating a winning combination.

However, the Wild can also “expand” if the sea creature emerges from the waves to lift the Ship so that the symbol fills the reel. This provides players with numerous chances to add to their initial wager and can prove lucrative if they are wagering the maximum amount.

Scatter – a striking Compass symbol is used here and at least 3 or these need to appear on the reels to activate a further Bonus Round.

Free Spins – when 3, 4 or 5 Scatter Compass symbols are spun then players can benefit from 10x, 20x or 50x Free Spins. This in itself is a great Bonus but the Thunderkick designers have also added another twist to keep players entertained.

During this Bonus Round if another Scatter symbol is brought into play a further 5x Free Spins are given. And if the player is lucky enough this can continue for a maximum of 50x so some big wins can be claimed if the reels are falling in their favor.

The coin denomination used in this slots game ranges from 0.10 to 100.00 with each spin of the 5 reels. Something which has made it appealing to both high and low rollers since its release from Thunderkick online casinos in 2016.

Although some of the usual Bonus Features that are found in other games are missing from this slots format players still have plenty of fun elements to enjoy. They can take advantage of “expanding” Wilds and a Compass Scatter symbol that can lead up to 100x Free Spins. All of which increases the chances for players to add to the final jackpot that they can claim.

AutoPlay is another additional Feature that the designers have included for players which can prove useful should they need to be away from the screen. After altering the settings the game’s reels can be set to spin automatically while still allowing players to return to find a decent return on their initial wager if luck has been on their side.

This is a Low to Medium variance slots and it may be a little slow paced for some regulars to Thunderkick online casinos. However, its imaginative storyline and clever design are ideal for beginners. And even high rollers are sailing across the waves to find the various treasures that can be found in the 1429 Uncharted Seas slot game. 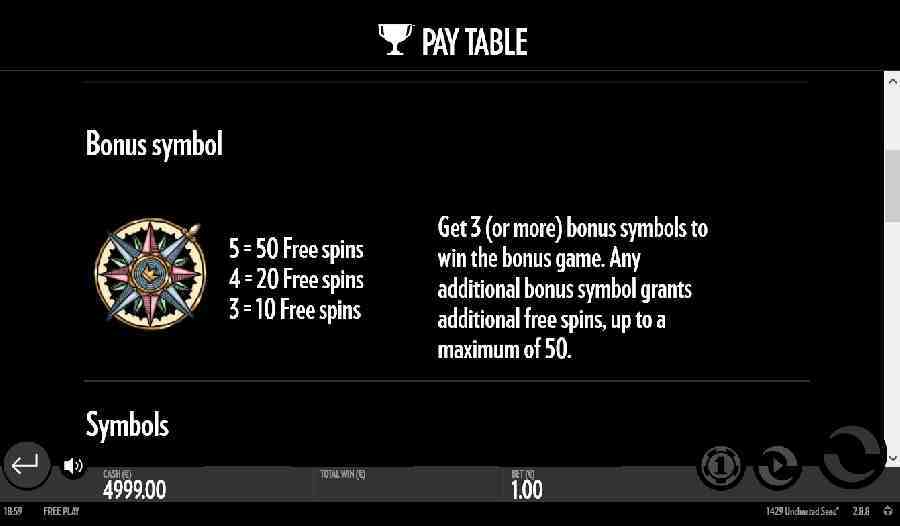 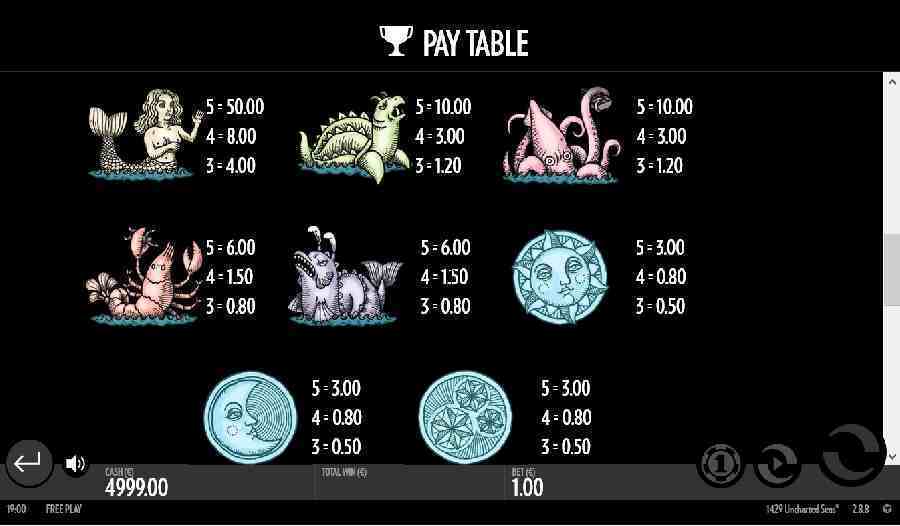 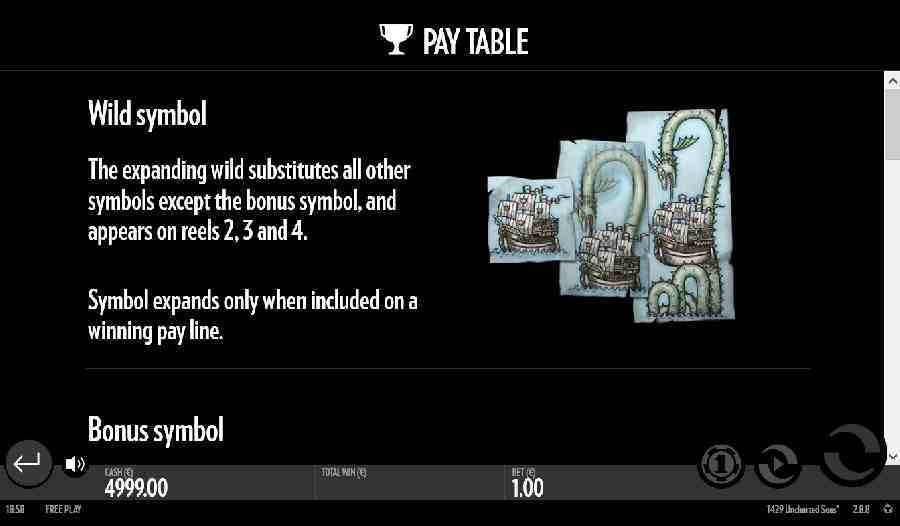 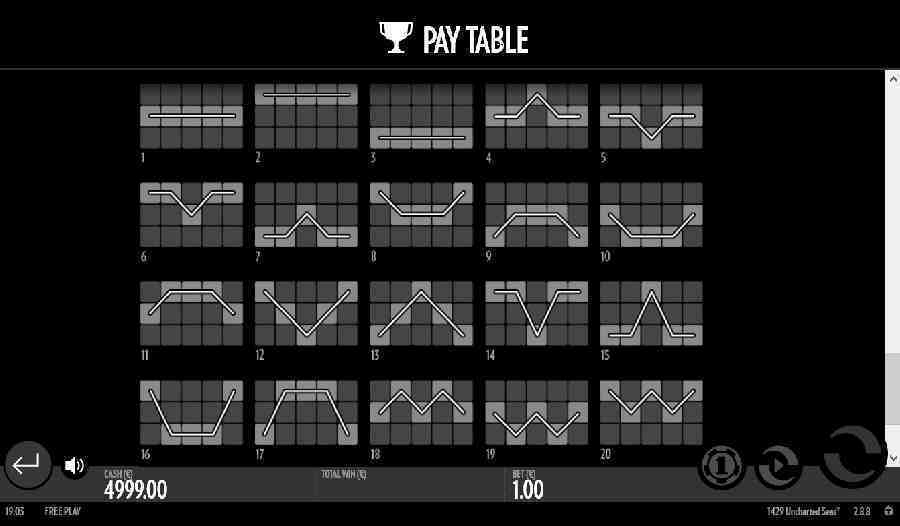 1429 Uncharted Seas is a 5 reel 25 fixed paylines video slot game from Thunderkick software platform. It has a sea theme, It features expanding wilds and bonus game and has a maximum jackpot win of $125000.