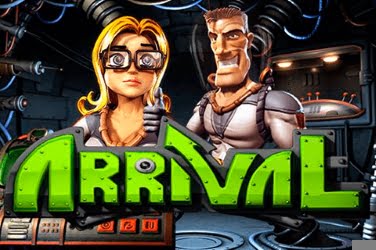 Arrival slots from Betsoft tells a tale with a Galactic theme based on the idea of Earth being threatened by an alien invasion. The Alien leader is Zarpon and is the main character throughout the game. His figure cannot only be seen at the lower left of the screen, but Zarpon is also the Pilot of the space-craft within which the player travels.

The 3D graphics are detailed and bright colors have been used. Yet it is the animations that players find which adds to the experience of the Arrival slots game. An example of this is when Zarpon turns in his seat should the player be taking too long to make a decision. Another element to the Arrival slots game is the brilliant soundtrack that players can enjoy. It is catchy, but also filled with suspense to heighten the atmosphere.

Players are viewing the 5 reels of the Arrival slots game through the space-crafts window. With a starry scene of outer space in the background when viewing the various screens.

Zarpon is also one of the symbols used in the Arrival slots game and it’s Scatter. Along with him there is a Galactic Marine, a Space Damsel, and Rayguns which all award additional chances for players to add to their winnings.

Other symbols found upon the 5 reels of the Arrival slots game include a Space-Craft, a Robot, a Planet, a Pink Pet Alien, a Reactor, and a Marine Badge. All of the symbols become animated should they be included in any of the games 30 winning paylines.

Wilds and Free Spins Bonus Rounds are awarded to players through the same feature in the Arrival slots game. They are activated when 3 or more of the Alien Zarpon is located across the 5 reels of the game. At this point the Abduction Wild Reel Round begins. This is where a full reel will become Wild, and remain so throughout the allocated Free Spins that are given.

There are 2 Mini-Games to be found in the Arrival slots game. The 1st of these is activated when 3x Raygun symbols appear upon the reels of the game. Then the player is taken to the UFO Shoot ‘Em game whereby the score will relate to the prize awarded.

The 2nd Mini-Game is the Save the Girl Round. This can be played should 3 or more of the Space Damsel be spun during the Arrival slots game. At this point the player can try to release the Damsel from the force field to receive a bonus prize.

It is the Galactic Marine that awards the player the highest jackpot should they be wagering the highest amount available in the Arrival slots game. If 5 of these symbols fill the reels then a 2000x Multiplier is added to the initial bet placed.

Coin sizes in the Arrival slots game have been set from $0.02 to just $0.50. This makes this offering from Betsoft appealing to low rollers. However, there are 30 winning paylines available across the 5 reels of the game. So with the chance to place up to a maximum of 150 coins on each spin, it provides players with plenty of chances to increase their jackpot amount. Meaning this game from Betsoft is also popular with regulars to online slots who like to maximise their pay-outs.

The Arrival slots game has various Bonus Features which add to the thrill for those who enjoy online casinos. It can provide players Wilds, Scatters and Multipliers which all help to create more of the 30 winning paylines.

In addition to these there are also 2 Mini-Games which can also be awarded to players of the Arrival slots game. These are a UFO Shoot ‘Em game, and a Save the Girl Bonus Round. Both of these provide the player with further prizes to be included in their final winning amount.

Players from around the globe have been enjoying the game of Arrival slots since it was first launched in 2011. The various features and atmosphere of the game all ensuring that gameplay is a fun experience for gamers of all levels. 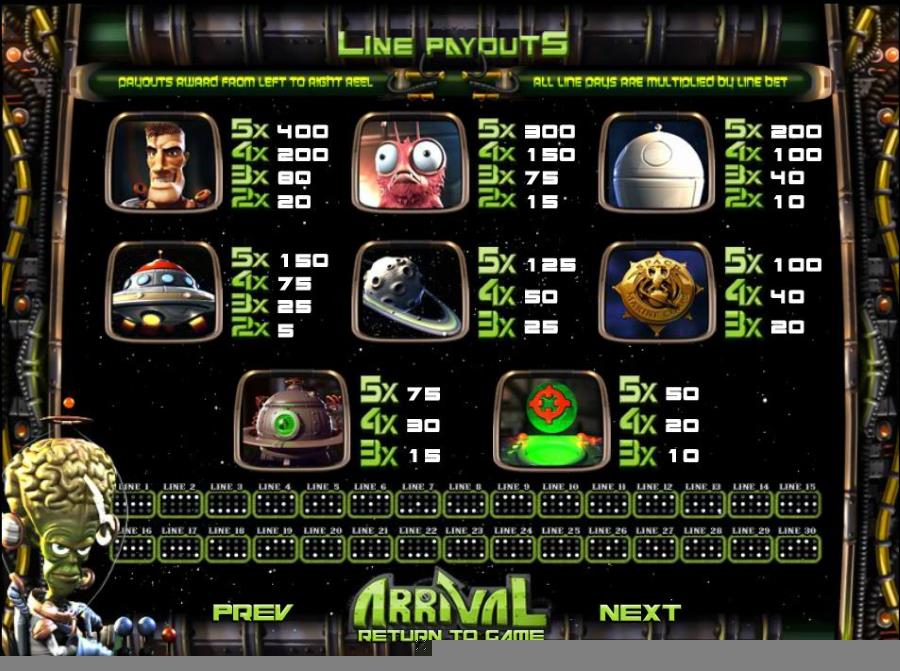 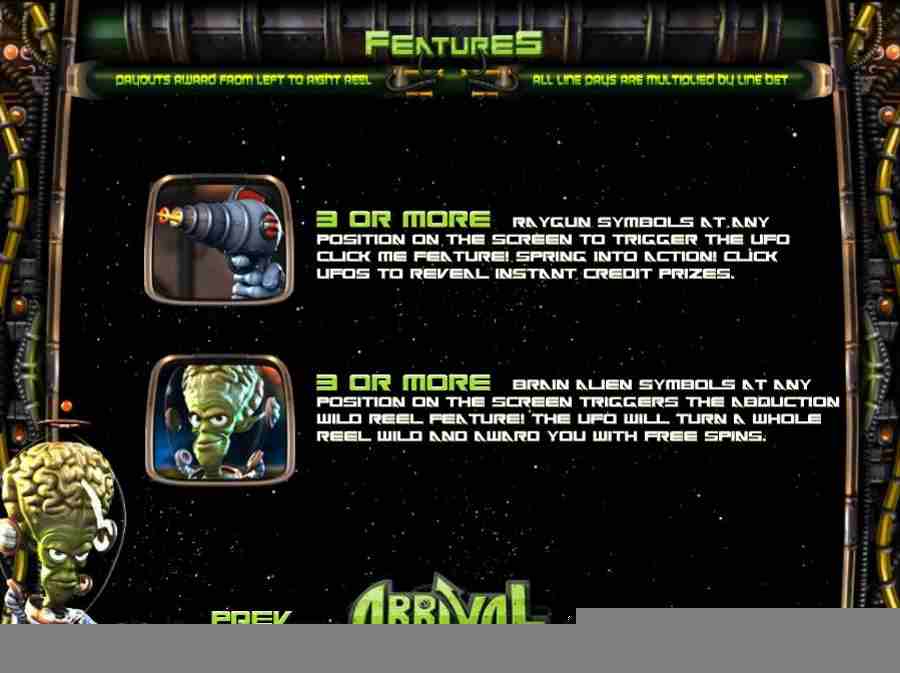 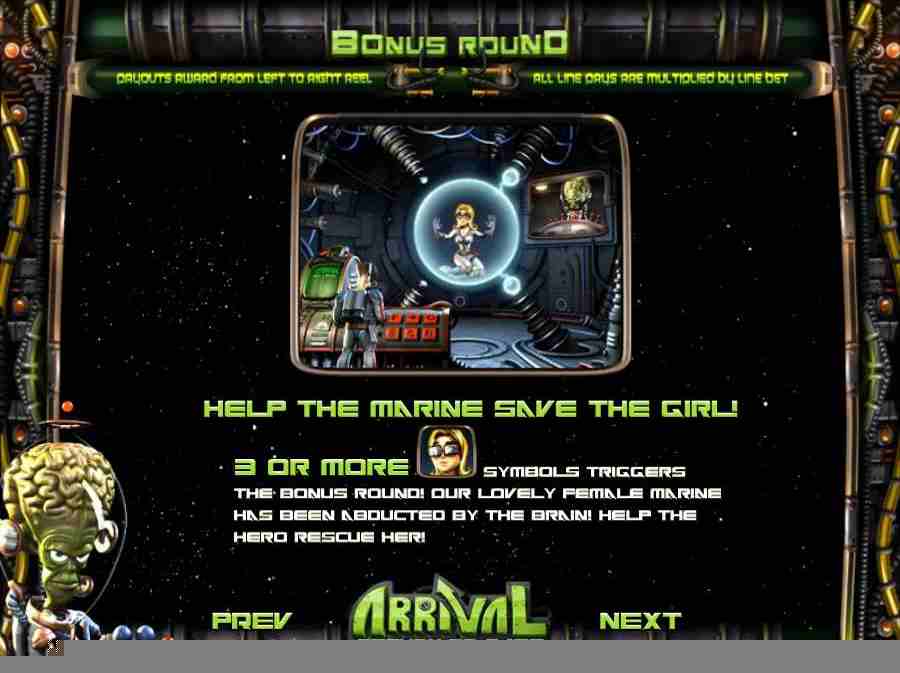 Arrival is a non-progressive, 5 reel 30-payline, video slot machine game from BetSoft. it has a Galactic theme and comes with a wild Symbol, scatter symbol and has a maximum jackpot win of $5,000.