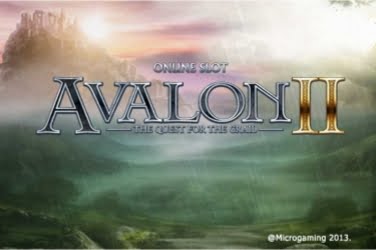 Avid casino players have been excited at the news of the launch of the brand new Avalon 2 Quest for the grail slots in the year 2014. The game has been conceptualized and manufactured by Microgaming. The original Avalon Slots became highly popular with online slot players and the second version of it was much looked forward to. This fast-paced slot game is themed around medieval king figure, namely King Arthur of Camelot. This particular version of the game has been developed with 3D animation graphics and has exciting bonus features. This game has a wider screen to be played on and is particularly based on the Quest for the Grail bonus feature. The player can play for bets as low as $0.30 to as high as $7.50 per spin. During base game, a 2000 coin reward is the highest, which can be increased to 10000 coins, if you place a bet of five coins. With such impressive coin rewards and Microgaming slot, this game is set to be a blockbuster.

The original Avalon 2 slots game was created around the legends of the King Arthur. The Avalon 2 slots game is a sequel to it – so this too focuses on similar characters. There is king Arthur himself, who belongs to the sixth century England and has his court in Camelot. The other characters joining Arthur are Merlin, the shape-shifting wizard; Guinevere, Arthur’s wife; Morgan who is a powerful sorceress and also Arthur’s half-sister; the mortal enemy of Arthur named Black Knight and the Lady of the Lake.

The Avalon 2 slots boast of five reels and 243 ways to win. Along with this, you get wild symbols – the Avalon 2 logo which is witnessed rising from the Avalon Lake and the Lady of the Lake, which is an expanding wild symbol. In fact, it appears only on Reel 3, when the Lady of the Lake appears, she can cover the reel and in a single spin, she can provide multiple ways to winning real money to the player.

There are three scatters, which highlight the Grail bonus. Every time the three scatters appear, you as the player will be able to move on to the next stage. There are ample bonus rounds for the player. On completing the first stage, the player can reach the first bonus round. There are 8 bonus rounds in total. With these rounds, you will get free spins, multipliers and also second bonuses. Another feature is that of random cash prize awards which are given by appearance of Merlin the wizard on the reel anytime. In the Avalon II slots, three of Holy Grail symbols lead to the Holy Grail Quest Bonus.

Avalon 2 slots is an extremely easy and engaging online slot game. You can choose the place for the spinning – be it Whispering Woods or Dusky Moors or even Morgan’s Keep and you also get to choose the character you would like to play. As per the quest, you can win bonuses or payouts. As stated before, there are 243 ways on winning in the Avalon II slots game – so playing slots online here is more likely to be profitable. The betting range, as stated once before, is from $0.30 to $7.50 per spin. There are 25 paylines here for the players and with five coins betting, the player stands a chance to win 2430000 coins! Payout of 25495 coins is possible during bonus rounds. An Avalon II slot is definitely a great choice for the ones looking to enhance their online slot playing experience. 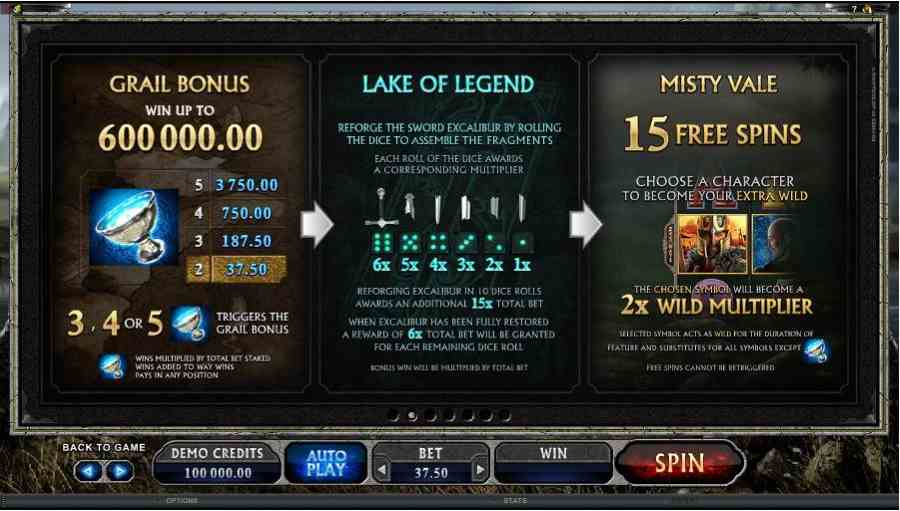 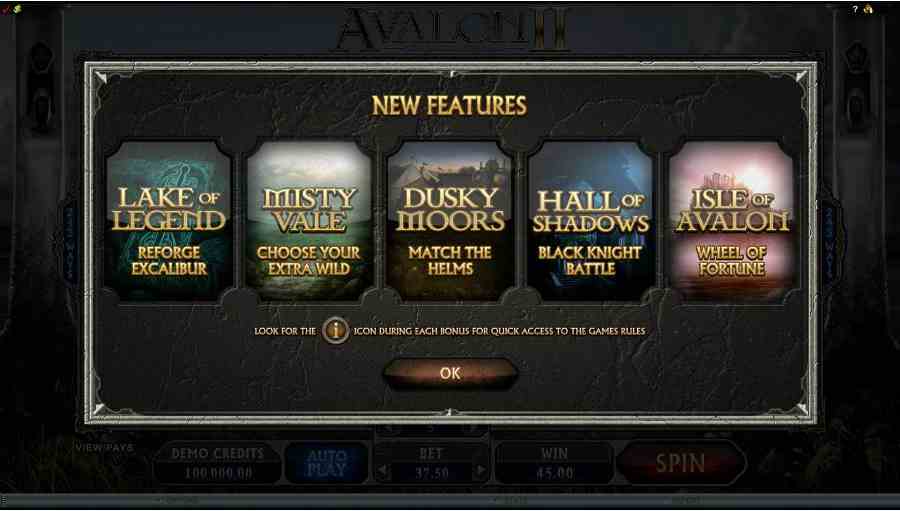 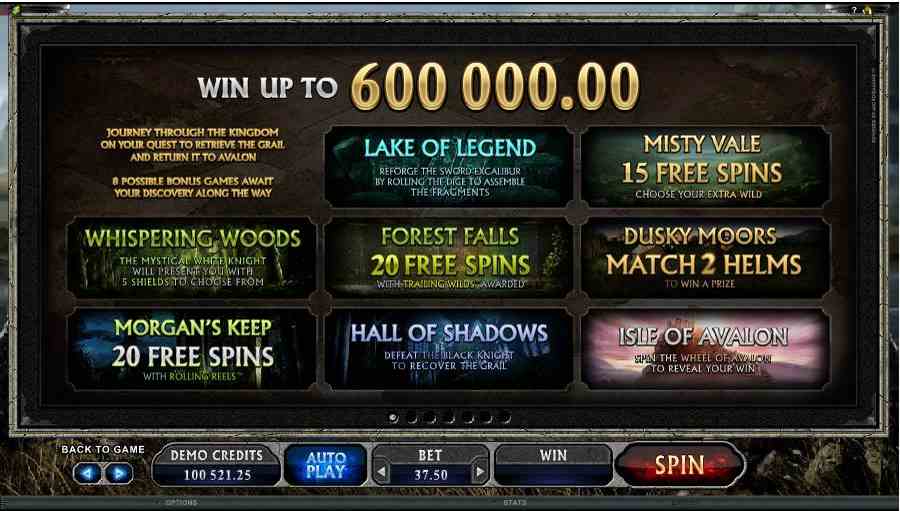 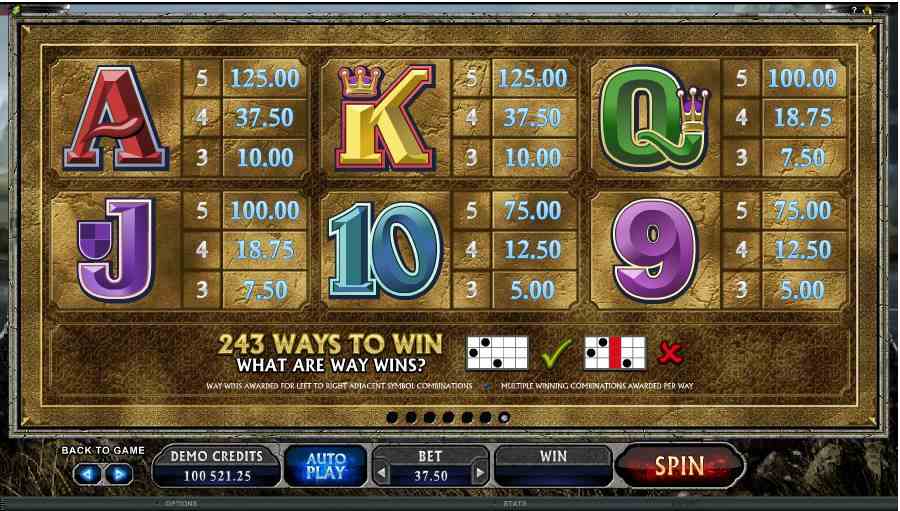 Avalon 2 is a non-progressive 5 reel, 3 rows 243 ways pay-line video slot game from Microgaming, it has a King Arthur theme, and features a wild symbol, scatters symbol, multiplier, free spin and has a maximum jackpot win of $750