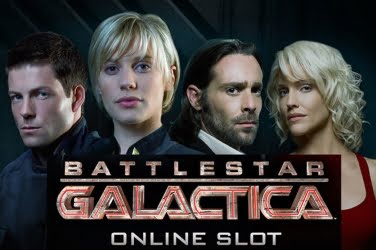 The Battlestar Galactica Video Slot is one of the few games released by microgaming that caters to the science fiction fan It also happens to be a rare instance of the company releasing a video slot game based on an original TV series.

The high quality graphics of the game taken from the critically acclaimed Battlestar Galactica TV series portrays the cast beautifully. The ambience of the theme as well as the background music lends to the experience of playing this game.

Like many other microgaming games, Battlestar Galactica video slot follows their 243 ways to win format. Instead of betting on specific pay-lines, players can wager for simultaneously appearing symbols being alike. The astonishing graphics make the animated clips come alive and the feel of the bonus rounds is closer to that of a video game.

The game has three modes, Normal mode, Run mode, and Fight mode. The modes can change at any time during the game. Each mode comes with its own features and rewards. The unique thing about this game is that there are rewards even for playing in the Normal mode. The game starts out in the Normal mode and randomly changes to one of the modes in the middle of the game play.

From the Normal mode, when the game changes randomly to Run mode, the special FTL symbol landing on the middle reel makes the royal symbols jump off the screen and turn into mystery symbols, enhancing the rewards. The Run mode can change to the Fight mode, whereby symbols randomly turn Wild. These Wild symbols can split into further Wilds that can combine with other symbols to earn more rewards. Another feature than randomly occurs in the Run mode is the Ion Storm feature, which has the potential of turning up to 5 reels wild.

Another bonus feature is the spaceship icon which serves as scatter symbol for this game. When 3 or more of these scatters appear, it triggers a round of up to 15 free spins as well as the chance to have the rewards multiplied by 3x.

This exclusive game based on the Battlestar Galactica TV series features many of its popular characters, such as Lieutenant Thrace, Commander Adama, and President Roslin. It is available in most online casinos that feature games by micrograming. The slot machines have fixed paylines. There is also a non progressive jackpot of 1,400,000 coins which can be won during the free spins with the rewards multiplier activated.

To add to the experience of gaming, there is an XP bar at the bottom of the screen that advances the player to the next rank once it is full. Every player starts out at the Civilian rank and has an opportunity to progress up to reach Admiral which is the eighth rank. Even though the progression in rank does not change anything in terms of payouts or rewards, it does unlock more video content for the player. This keeps the game interesting and engaging for an extended period of time. 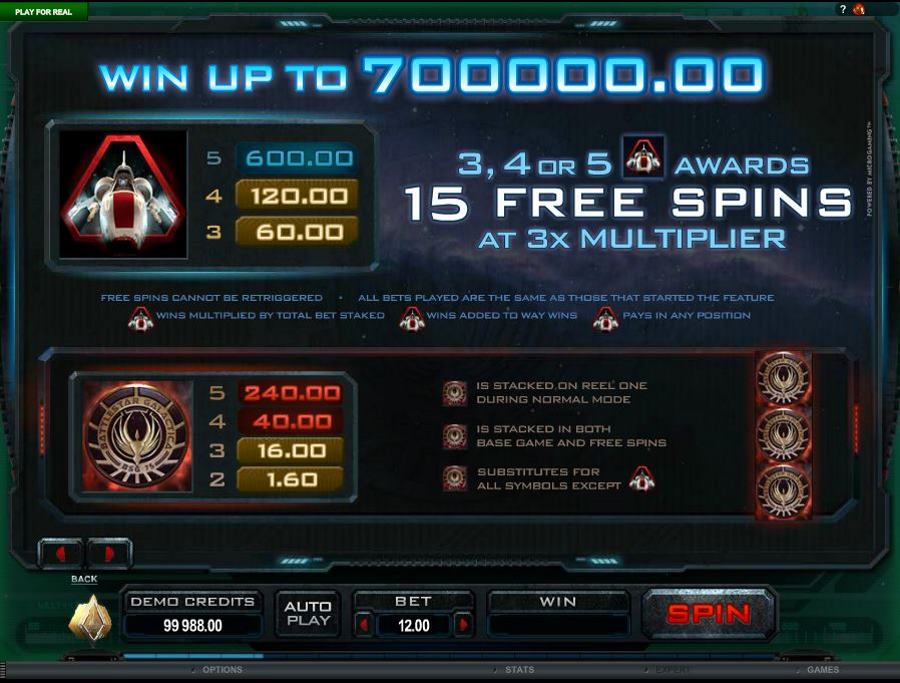 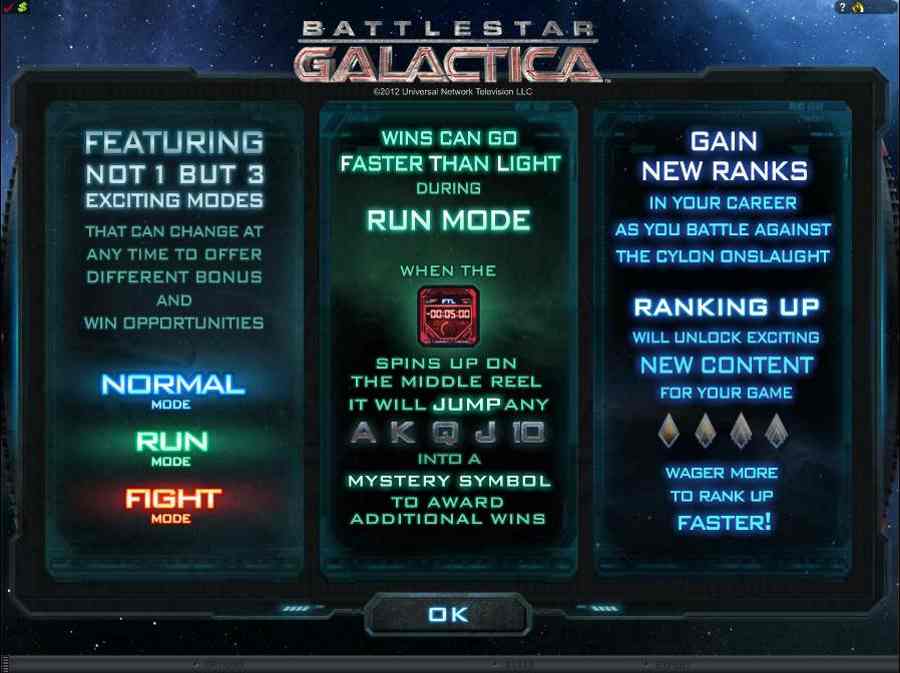 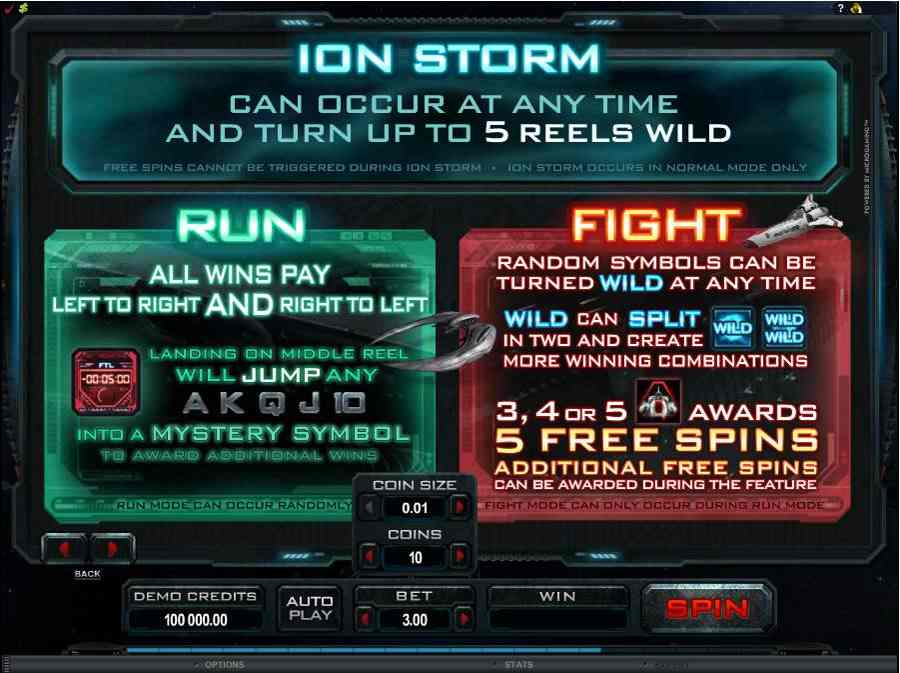 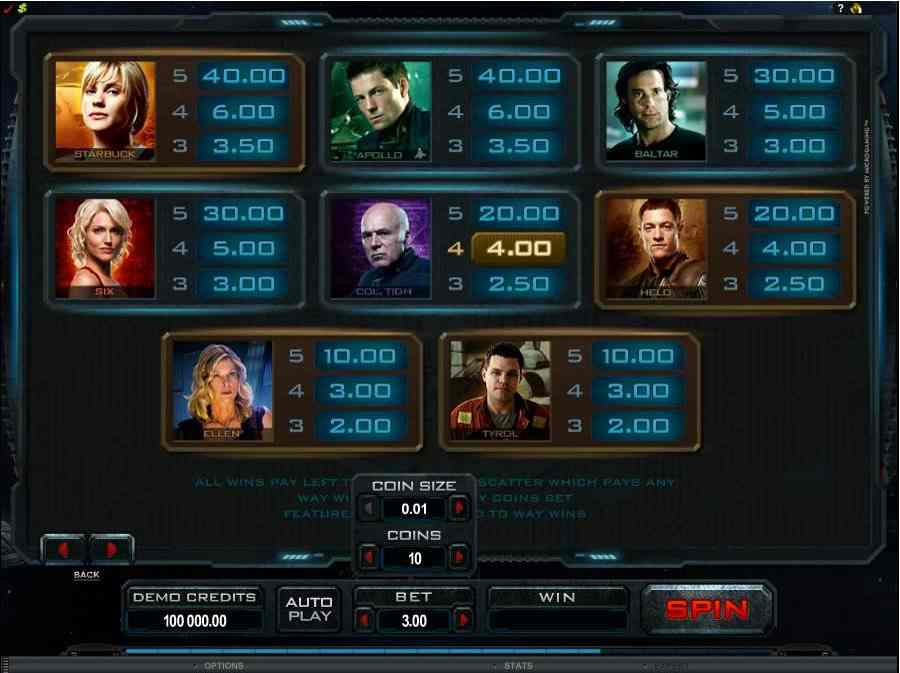 Battlestar Galactica is a non-progressive 5 reel 243 ways pay-line video slot machine from microgaming, it has a Battle Star Galactica theme, and comes with a wild symbol, scatter symbol, multiplier, free spin and has a maximum jackpot win of $750.