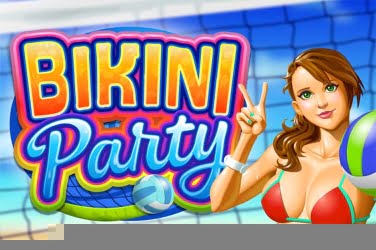 Microgaming have released this online slots game using a Beach Volleyball theme. Players will find a sandy beach in the forefront of the screen, with the deep blue ocean spanning out into the distance. The 5 reels are incorporated into the Volleyball Net, with wooden poles on either side. All set beneath a clear blue sky to add to the relaxing feel to the game, yet this alters to a serene sunset during the Bonus Rounds.

However some players may feel like getting into the party mood when they hear the pop music which is the soundtrack within the game. Five scantly clad female Volleyball players are the main characters in the game, which does make it appealing to a male audience who enjoy the sporty theme.

Upon the 5 reels of this online casino game players can create up to 243 winning combinations. Pay outs are given at different levels depending on the symbols located, but all will help to increase the final jackpot amount in the Bikini Party slots game.

There are 5 different bikini wearing females who are the highest paying symbols in this online slots game. They are clad in outfits which are colored in shades of Red, Orange, Blue, Green and Yellow. All curvy beautiful ladies enticing players with their different inviting poses.

Lower paying symbols which can create a winning combination are used in many slots games. These are shown as the 9 through to Ace images and have a bold solid design.

The Bikini Party Logo is used as the games Wild Feature and is able to create even more winning combinations for the player to take advantage of. Able to replace other symbols it provides players more chances to add to the initial wager that they placed.

A Volleyball striking the net represents the Scatter symbol. When 3 or more of these are spun players are awarded with 15x Free Spins. Also at this point in the game all wagers will receive a 3x Multiplier. Due to the fact that this Feature may be re-triggered it means that players can benefit from up to 30x Free Spins should it be reactivated.

Microgaming have also included a Re-Spin Feature in this games design. This means that at any point during the game the player can re-spin any reel of their choice. It is something which will cost, but the player is only charged based on the chance of creating a winning combination and the wager that was placed for the initial spin.

For those players that are unfamiliar with online casinos the Re-Spin Feature may prove costly. So it is important that everything is considered before choosing this particular option. For example, based on the initial wager the additional spin could cost $0.30 or perhaps up to $30.00.

On each spin players are able to wager from $0.25 to $125.00 in the hope of creating 1 of the 243 different ways that there are to win. Meaning that this online slots game from Microgaming is proving appealing to both high and low rollers from around the globe.

Yet some regulars to online casinos may find this particular slots game rather dull to those that it can be compared to. It has a familiar format which may be too slow paced for some, but those who appreciate the Volleyball theme will enjoy the fun it can provide.

Players can join the Bikini Party that is the atmosphere which the Microgaming designers have created. All to take advantage of the Logo Wild and Volleyball Scatter that are on offer. Along with 15x Free Spins and a 3x Multiplier which are Features in the Bonus Round that can be activated at any point during the game.

For those who wish to be less interactive with the software used in the game there is the option to set it to spin the reels automatically. This means that the player can allocate the amount of times that the reels are spun, or they will continue until the wagered amount is reached.

Although proving to be a game popular with many beginners to the world of online casinos, Bikini Party slots can be enjoyed by players of all levels. A party atmosphere has been created with its pop soundtrack, and players can relax on the sandy beach as this Volleyball game unfolds. 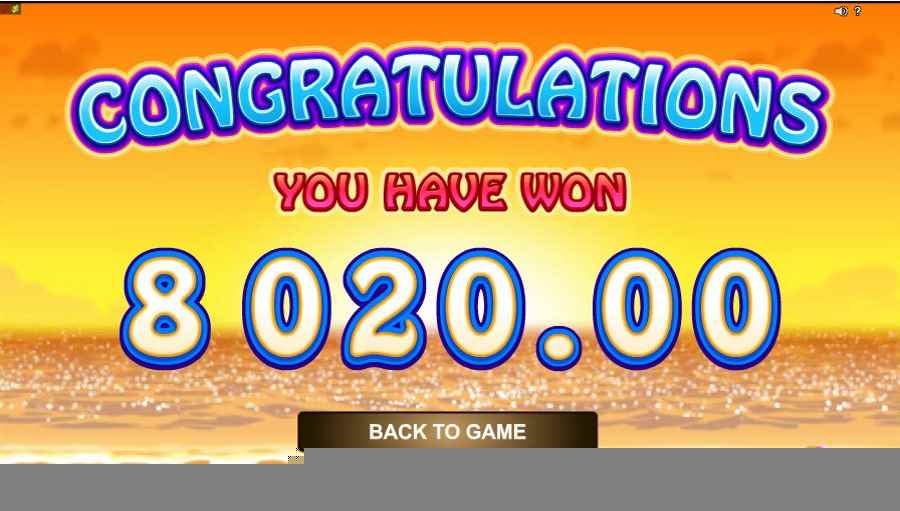 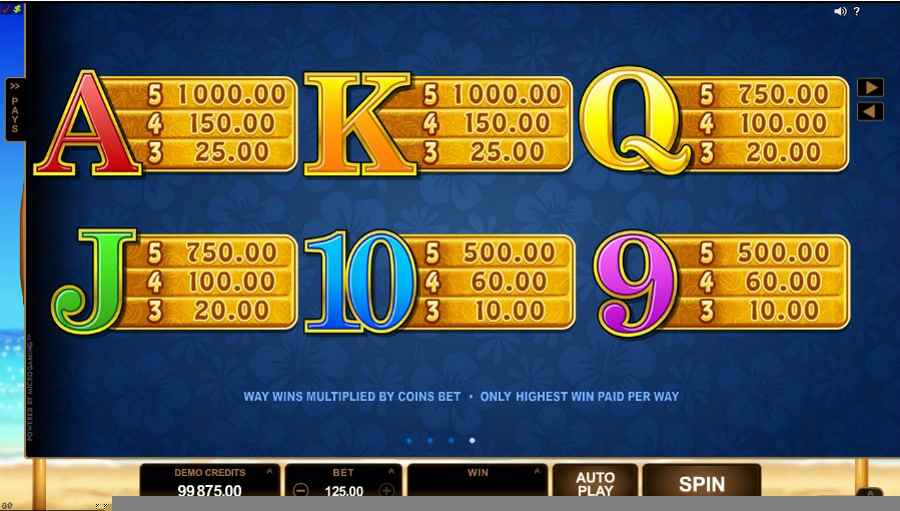 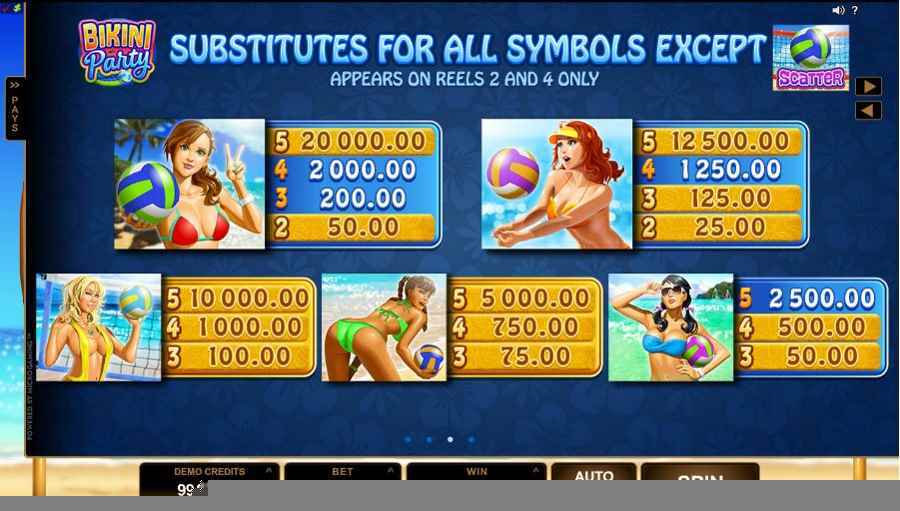 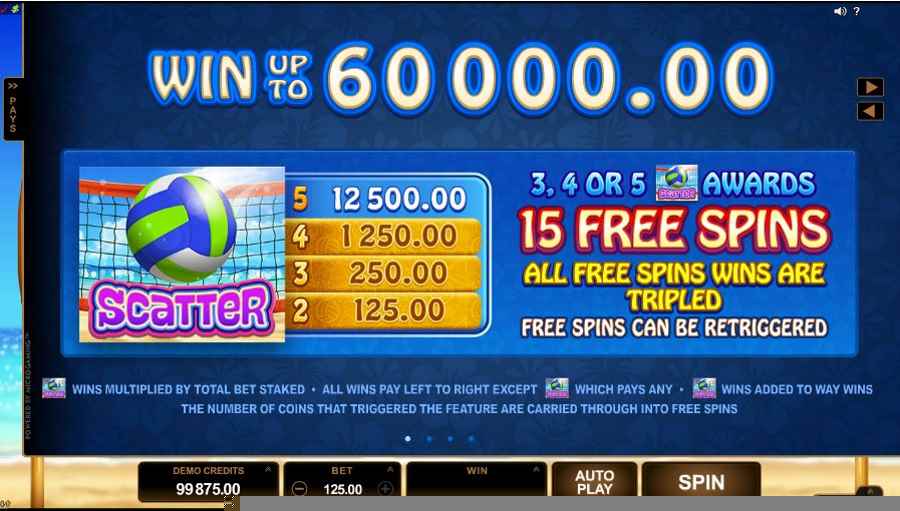 Casinos & Bonuses for this game

Bikini Party is a non-progressive 5 reel 243 ways pay-line video slot machine from microgaming, it has a beach volleyball theme, and comes with a wild symbol, scatter symbol, free spins and has a maximum jackpot win of £/€30,000.