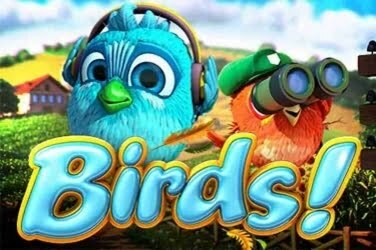 Birds using Betsoft, have used an unusual format in this online slots game which was released in May 2016. Although it has the standard 5 reels, there are no structured paylines. Instead, winnings are gathered by adjacent matching symbols, either vertically or horizontally. Alternatively, a group of matching Birds will also result in a pay-out amount being added to the player’s jackpot balance.

A street in a city is the backdrop in this game, with a sunny sky to the top of the screen. The Bird symbols are set upon 3 electrical wires which are strung between two street lamps.

Bold and bright colors have been used in its design, along with the typical high-quality graphics that players of Betsoft games have come to expect. Players will also find that as they are able to play Bird slots on mobile devices, it will take nothing from the enjoyment of the game.

Betsoft has only used Birds as their symbols in this online slots game. They are of different colors and have a cartoony feel. There is the geeky Green Bird wearing glasses, along with an Orange Bird wearing a baseball cap. All symbols will become animated when included in a winning combination, for example, the Orange Bird will celebrate by throwing his ball around. This all adds to the fun element of the game, making it more enjoyable for players.

The Wild symbol used in the game is a Multi-Colored Bird which is able to change all other adjacent symbols to create a winning combination. However, there is no Scatter included in this Betsoft online slots game.

There is a Cascading Feature found during the game which can help players to increase their winnings. When a winning combination is created those Birds will fly away, leaving the others to fall to the lowest available position. All empty spaces are then filled with new Bird symbols.

At the same time, a record of each consecutive win is added to a Tweet “O” Meter which is shown at the left-hand side of the reels. When the meter reaches the egg in its nest at the top then a Free Flights Bonus Round is activated. However, the amount awarded depends on how many symbols were included in the winning spin.

If 4 symbols were located on the reels then 8x Free Flights are given, 12x for 5 symbols with the highest amount awarded is 20x for 6 Birds.

It is a Bonus Feature which can also be retriggered should the meter become full again during this Round. All factors which can add credits to the player’s final pay-out figure.

After each winning spin, players will be asked if they wish to use the Gamble Feature which is available in the Birds slots game. Here they are asked to choose in a Heads/Tails type game with the possibility of adding a 2x Multiplier to the balance. However, should they choose incorrectly all winnings will be lost!

This is a low variance game and players are able to place wagers using coin sizes from $0.02 to $1.00. But as there are no standard paylines players can bet upon the chance of creating a matching combination with 25 to 125 coins. So this is an online slots game which is proving popular with players of all levels.

With a Wild, Free Flights, a Cascading Feature, and the chance to their winnings with the Gamble Bonus, there is plenty on offer for players to enjoy. However some may be disappointed to find that there is no Scatter, Mini-Game, or Progressive Jackpot included during play.

Although this online offering from Betsoft has a simple format, it is an addictive slots game that can be appealing to beginners or those who prefer a slower pace of play. As it has an unusual format compared to other casino games, there is still plenty to keep players entertained.

Players from around the globe can take advantage of all the Bonus Features that can be found in the Birds slots game. Watching the Birds fly from the screen and their jackpot balance mount in this Betsoft online casino game. 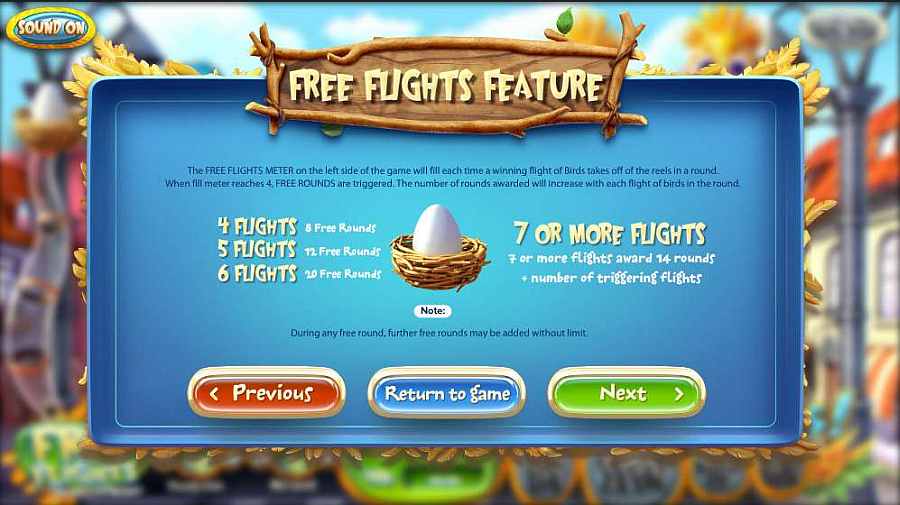 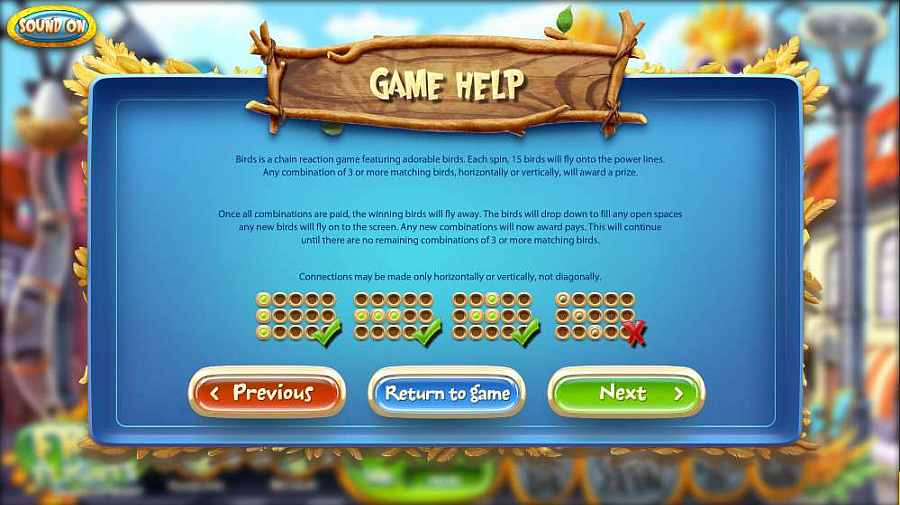 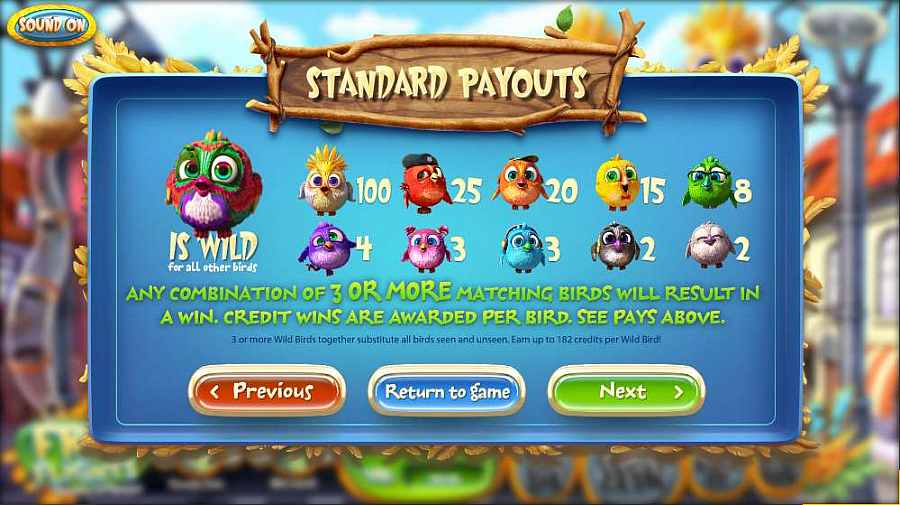 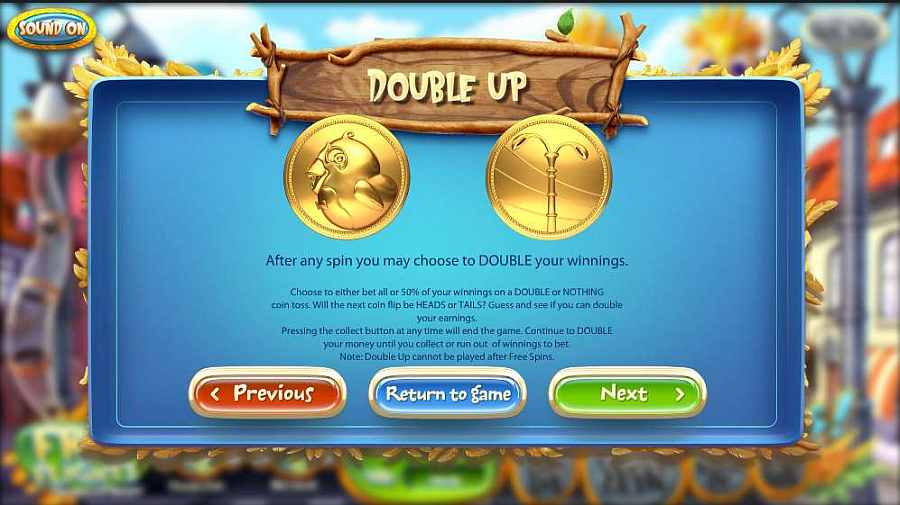 Casinos & Bonuses For This Game

Birds! is a non-progressive 5 reel 25 paylines 3D video slot machine from BetSoft, it has a birds theme, and comes with a wild symbol, scatter symbol, free spins and has a maximum jackpot win of $250