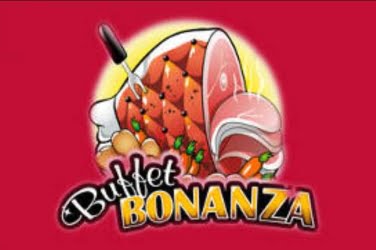 As the name may suggest, this Microgaming online slot game has a theme based around food. The background for the Buffet Bonanza slots depicts a dining table that has been elegantly laid. The graphics for this are of excellent quality, but the music and animations are rather disappointing. There is actually no music played during the main game of Buffet Bonanza. However, standard tunes can be heard during bonus games, and when you spin a winning payline across the 5 reels.

The Buffet Bonanza symbols include a joint of meat, a cake with two sundaes, a plate of crudités with dip, a lobster, and the card numbers 9 to Ace. They are all bright colorful cartoons rather than animations. Animation can only be found with the Wild and Scatter icons.

A male diner is used as the Wild icon. When a winning line is found with this symbol the diner begins to tuck into his meal. The scatter symbol is the Buffalo Bonanza slots game logo, which opens a container to reveal a plateful of tasty food.

Microgaming designers have taken a different approach with the Buffet Bonanza slots game with regard to its Wild symbol. In this game it doesn’t create paylines, or act as multiplier like in other online casino games. The Wild icon can also only be found on the 3rd reel on this slots game.

When the Wild symbol appears, a bonus Buffett game is activated. The wager amount is frozen to help determine the final pay-out. Then, all the symbols upon the 3rd reel are changed to Wild icons. At this point pies are thrown, landing on other symbols across the games 5 reels. Any symbol that a pie lands on is also changed to a Wild. Finally the winning calculation is done based on the amount of Wilds showing, which means that pay-outs can be quite large.

If two Scatters are spun while playing the Buffet Bonanza slots game then a fixed pay-out is made. However, if you roll 3 or more then the Free Spins are activated. During this bonus game you are awarded 10 Free Spins, which can be stacked if the Scatters are re triggered.

A bonus Gamble game is also a feature of the Buffet Bonanza slots game. With this option your winners can be increased substantially. You can choose to bet whether the down-faced card will be either red or black. If you guess correctly, then any wager will be doubled.

However, if you are looking for an even higher pay-out, you can gamble as to the suit of the card. Winnings are then quadrupled, making it a popular bonus for high rollers.

Bets are placed across the 5 reels of the Buffet Bonanza slots game ranging from coin sizes of 0.01 to 0.20. You can wager from 1 to 10 coins on any of the 25 winning paylines. This can create many winning combinations for players of the game.

Winnings can be increased by playing the additional bonus games that are a large feature of the Buffet Bonanza slots game. Which means that the game is rated highly by both high and low rollers alike.

If you are lucky enough to spin 5 joints of meat symbols, you are automatically awarded 6000 coins. The other fixed jackpot can be claimed when 5 lobsters appear on the reels. If these are found, then 3000 coins are added to the final pay-out amount.

Final pay-outs can also be easily increased when Wilds and Scatters are found within the 5 reels. Offering the additional Buffet Bonus game, and Free Spins. Both of these bonus games that can be found while playing the Buffet Bonanza slots game can potentially generate large pay-outs for enthusiastic gamers.

There is also the two Gamble bonus games that can be accessed after a winning spin. All of these additional features, along with the 25 winning pay lines all add to the fun experience of playing the Buffet Bonanza slots game. 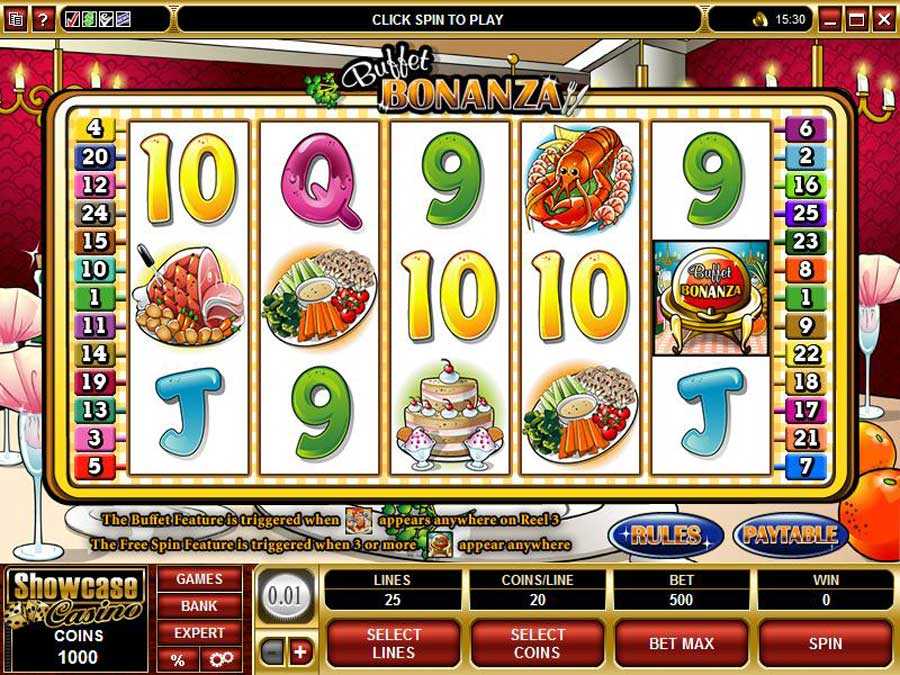 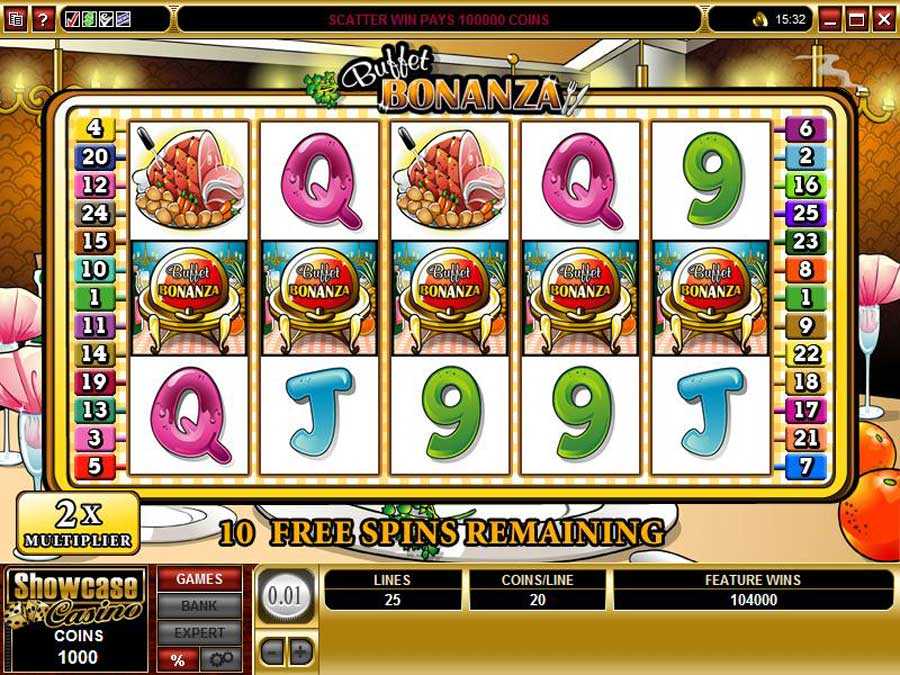 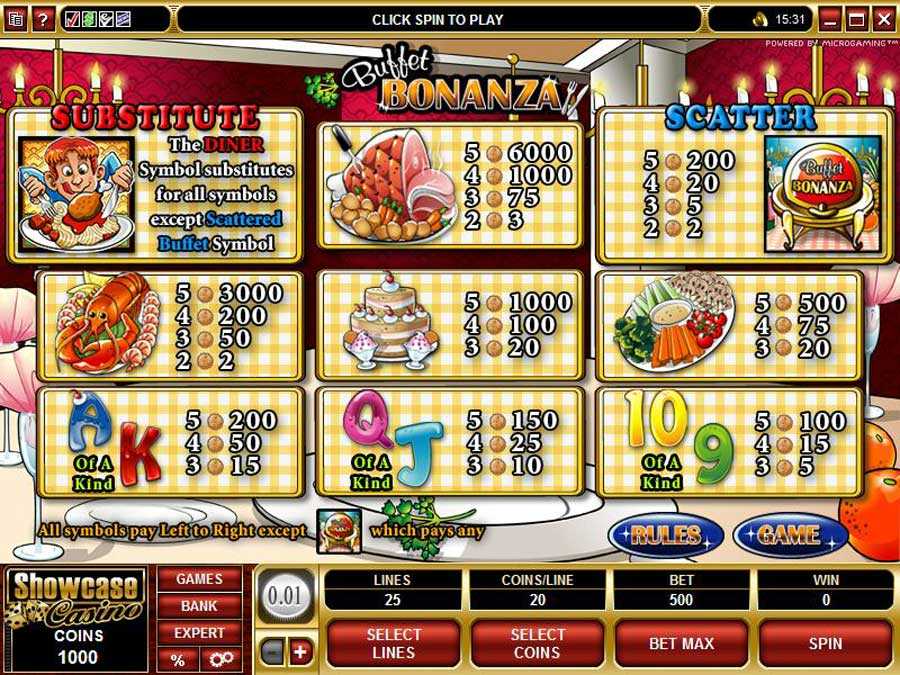 Buffet Bonanza is a non-progressive 5 reel 25 pay-lines slot game from microgaming, it has a comical food theme, and features a wild symbol, scatter symbol, multiplier, free spin and has a maximum jackpot win of $48000