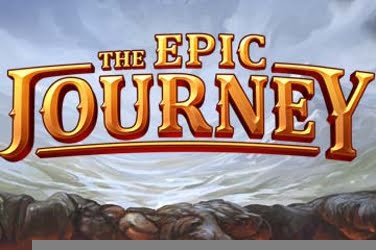 As with all Red Tiger online casino games they have used an original and creative format in its design. And as would be expected from this gaming company the graphics are stunning and highly detailed. The game begins at the head of a path that weaves its way through grassy hillsides. In the forefront of the screen, players can find 5 reels which are set within an ornate gold frame shaped like a Chinese Temple.

The game provides players with 20 winning paylines and various entertaining elements that they can enjoy. With numerous Wilds, Bonus Features and the chance to win up to 888x their initial stake it is proving appealing to players of any level or budget. And the engaging Asian tunes and sound effects all add to the atmosphere of the Epic Journey slots game.

Card symbols of 10 through to Ace have been delicately designed in different soft hues. These represent the lowest paying amounts in this online slots game.

Offing a slightly higher reward comes with the Scroll and the Crown symbols which both can also be found across the reels.

Wilds – there are 4x different Wild symbols used in the game. These are depicted as the image of an Emperor dressed in elegant robes and his son the Prince. There is also a Pig symbol and a Monkey character who become Wilds when they land.

All 4 Wilds are able to change the lower paying symbols but not those that lead to a Bonus Feature. It is also possible for them to become stacked during any spin which can help to create even more structured paylines.

Big Wild – at random points in the game players may find matching Wild symbols fill 3x of the reels. This means that there are more chances for winning combinations to be found.

Treasure Chest – this symbol will activate the Gold Bonus Feature when 3 or more are spun. When this occurs players are taken to a 2nd screen where they can enjoy a Pick ‘Em Style Mini-Game.

Here players can choose from 10x Gold Pots to reveal a Multiplier and the possible chance of taking another turn. This can continue for up to 5x which will result in some big wins if the player is lucky enough.

Chinese Temple – when this image lands players may have the chance to begin the Journey Bonus Feature if 3x or more appeared. Now their own Epic path around the map starts so they can pick up more coin amounts to be added to their jackpot balance.

With numerous Multipliers along the route, there is the chance for players to earn up to 888x their initial wagered amount if they get far enough along the path. Something which adds a thrill for those players who enjoy a more creative gaming format than usual casino slots games.

Epic Staff – only available during the base game this symbol can fly randomly across the screen at any time. With it comes 3x different Bonus Rounds which the game will select and include:

Players have a wide betting range with this online slots game and can place anything from 0.20 to 500.00 on each spin. It is considered to have a Medium to High Variance however it does offer an RTP of 96% for players who appreciate all the Features that have been included.

The game is packed with entertaining elements from Wilds, Multipliers, and the Gold Bonus Mini-Game. Then there is, of course, the Epic Staff Feature to add even more twists to the fun.

Yet it is the Journey Bonus Feature that most players aim for during this online slots game. When this is activated players travel through the Chinese countryside in search of Multipliers in the hope of reaching the highest jackpot of 888x their bet.

Auto Play is an option if players need to be away from the screen but there is so much going on they are sure to be drawn to all the action in the Epic Journey slots game. 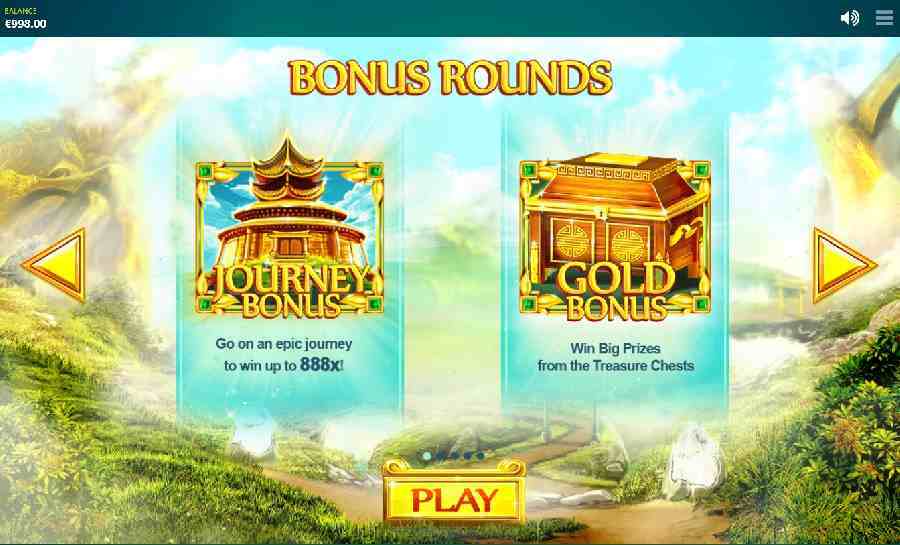 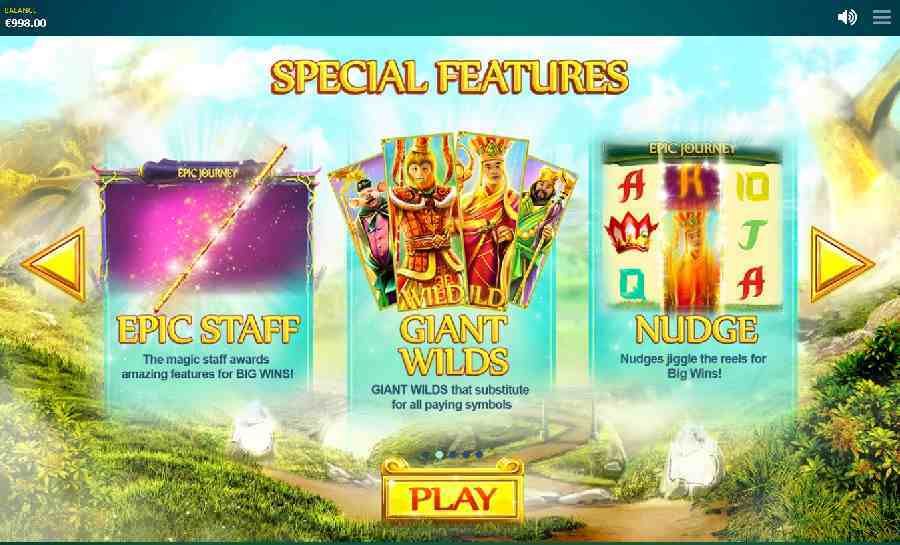 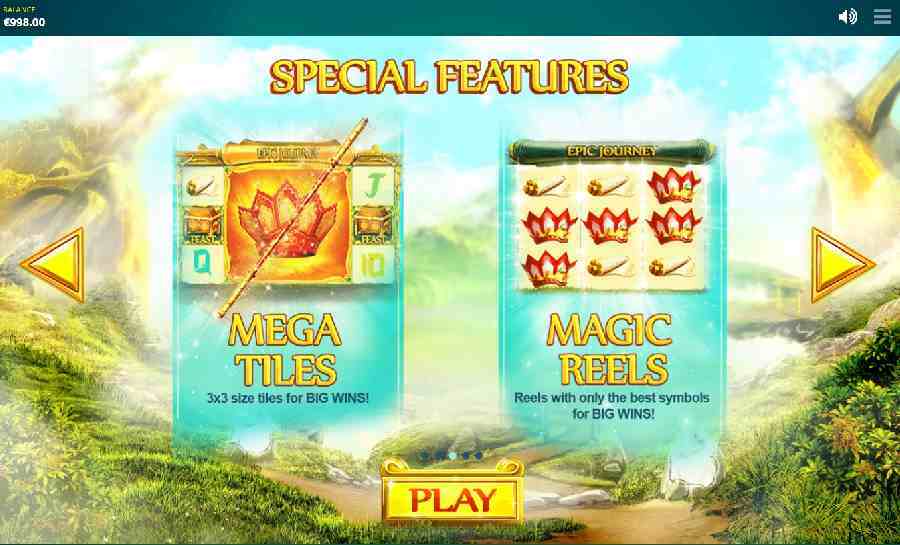 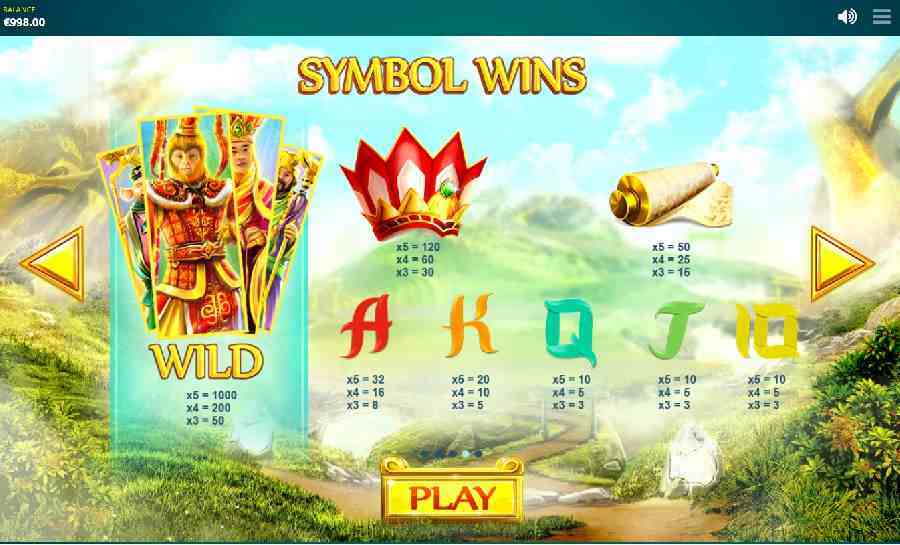 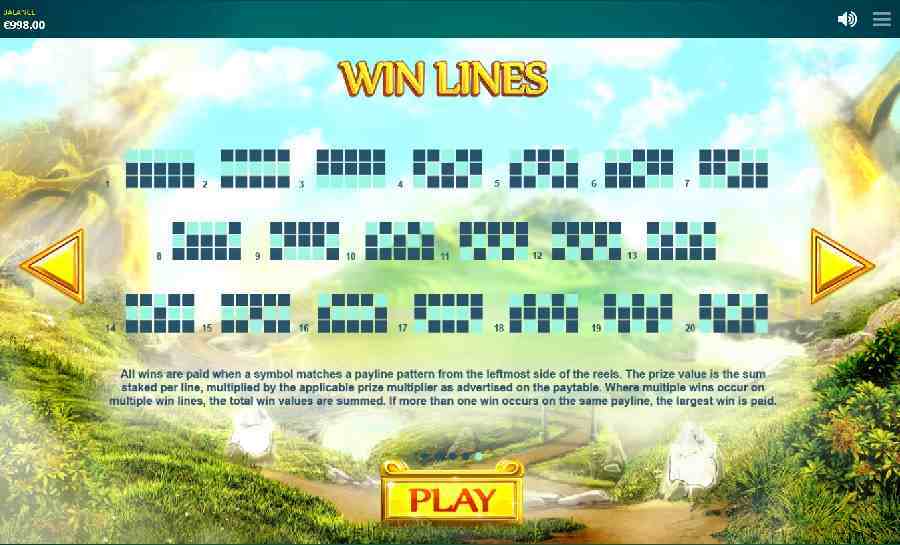 Epic Journey is a 5 reel, 3 row, 20 bet line video slot game from Red Tiger Gaming. The game features Epic staff witch magically creates bonus symbols that could get you into one of two kinds of bonus games, also with Wilds, Multipliers, and the Gold Bonus Mini-Game, and has a maximum jackpot win of £/€888,800