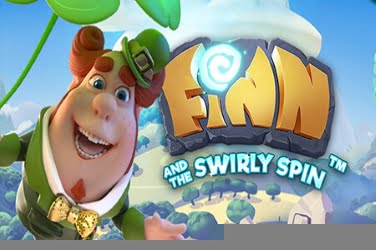 Finn and the Swirly Spin slot game is unique in its design as it doesn’t have the usual structured winning pay lines and set reels. Instead, and as the title would suggest, this online game is played upon what looks like a large stone with a Spiral etched into it. The symbols falling like an “avalanche” into the empty spaces which are left after each win.

The game takes players to the Emerald Isle where a cheeky looking Leprechaun by the name of Finn stands to the left of the screen with a flute in his hands. Rolling hills can be seen in the background with a large tree to the right. A striking rainbow reaching to the heights of the clear blue sky above. Jaunty music is also included in the games format to complete the fun while players hunt for their own pot of gold.

Net Entertainment released this online slot in November 2017 on an OS platform which plays on a HTML5 format. This means that it can be accessed via a Desktop and Tablet along with all compatible Mobile devices. Making it easy for players to join Finn in his magical world while collecting treasures along the way.

There are only 2 smaller paying symbols that can be found upon the screen of this online slots game. They a Heart and a Spade symbol which appear to have been carved from wood. However in a twist to the usual format they also play a part during the Bonus Features to provide gamers with even higher rewards.

In addition players can also find some Lucky Charms to help them increase their winnings including symbols of an Acorn, a Clover and a Horseshoe.

Yet it is the Red Ruby symbol that offers the highest reward. Should 5 of these land after just 1x spin then players will see 50x their original stake being added to their jackpot balance.

Wild – a shimmering Gold Star with large blue eyes acts as the Wild symbol and it has a fun animation when included in a winning combination. Now players will see it explode while also removing all adjacent symbols. This leaves empty positions for further symbols to fill with the chance of generating more wins.

Random Bonus Features – these have been included in this online casino release to provide players with an entertaining twist to the game and are as listed below:

Free Spins – there isn’t a Scatter symbol in this slots game, instead there is a Golden Key encased in a Gem which will activate this Bonus Round. As the game begins players will find the Golden Key at the left hand bottom corner of the Spiral. This icon needs to land in the central position at least once before this element of the game can begin.

When the Golden Key does fall for the 1st time players will then receive 7x Free Spins along with the Starfall Wilds Feature available throughout.

This symbol can then be collected so that more modes of play can be activated and are as follows:

By using the +/- button on the Control Button at the bottom of the screen players can regulate how much they want to wager with each spin. Net Entertainment have provided them with a wide range of coin denominations that can be used which start at just 0.10. For those with a bigger budget there is a maximum of 100.00 allowed which could see some lucrative returns if players have the Luck of the Irish.

This online release is quite different in how it plays compared to other slots games. This is due to the fact that there are no specific structured pay lines. Instead pay outs can be claimed if 3x matching symbols fall adjacently either vertically or horizontally. Now all these symbols will disappear while the others fall into the vacant positions to create an “avalanche” effect.

Considered to be a Medium variance game players may need to keep an eye on their budget as it can prove addictive with all the Bonus Features that are on offer. All while chasing the rather elusive Free Spins Bonus Round which give even bigger rewards.

However there is an RTP of 96.62% so there are plenty of reasons for players to take their chances in the Finn and the Swirly Spin slots game.

– Try Finn and the Swirly Spin here with a free spin or visit NetEnt casinos to play for real money. 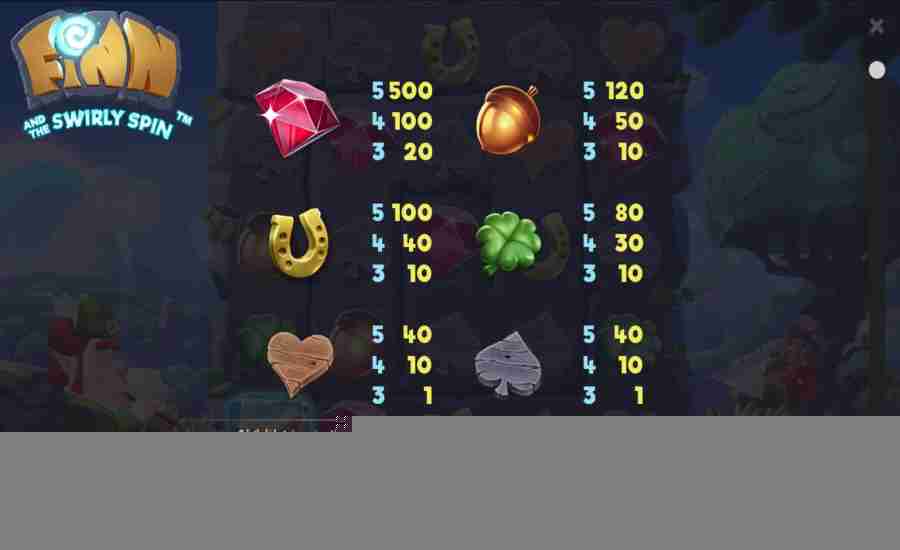 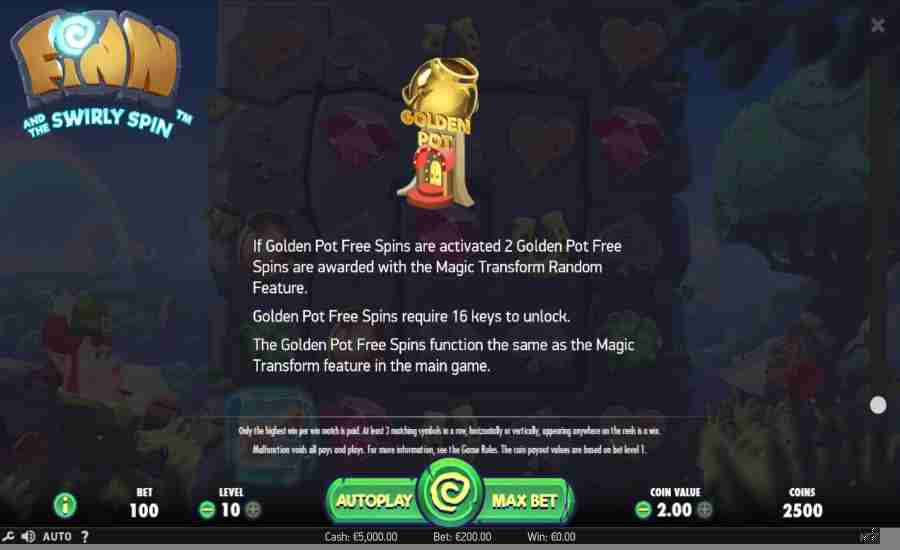 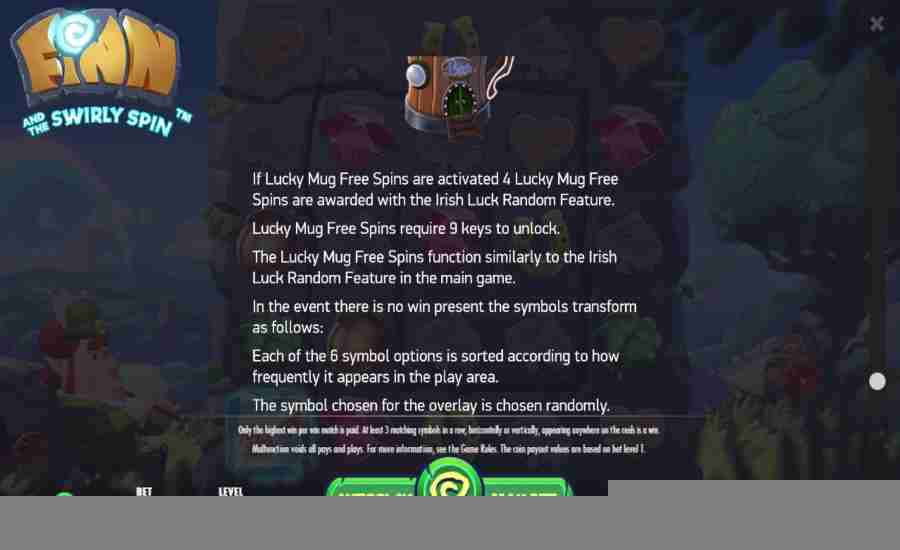 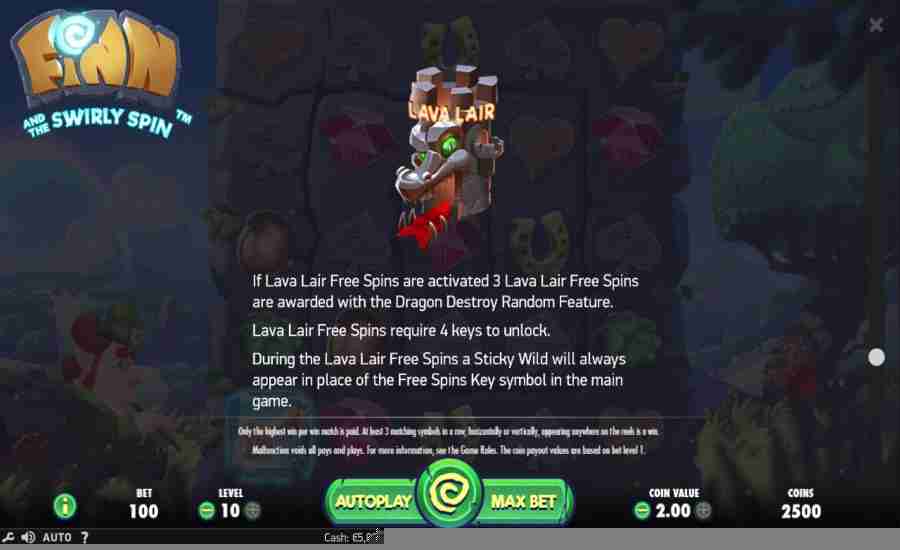 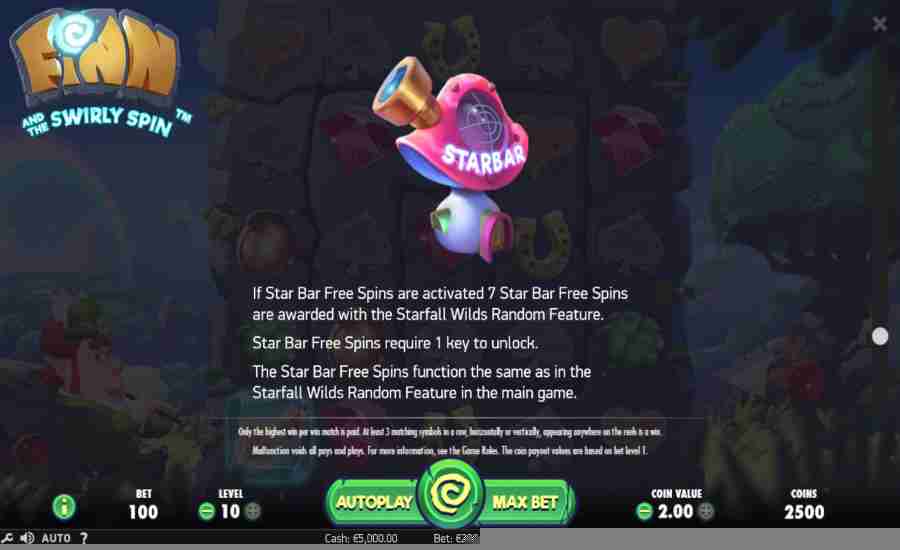 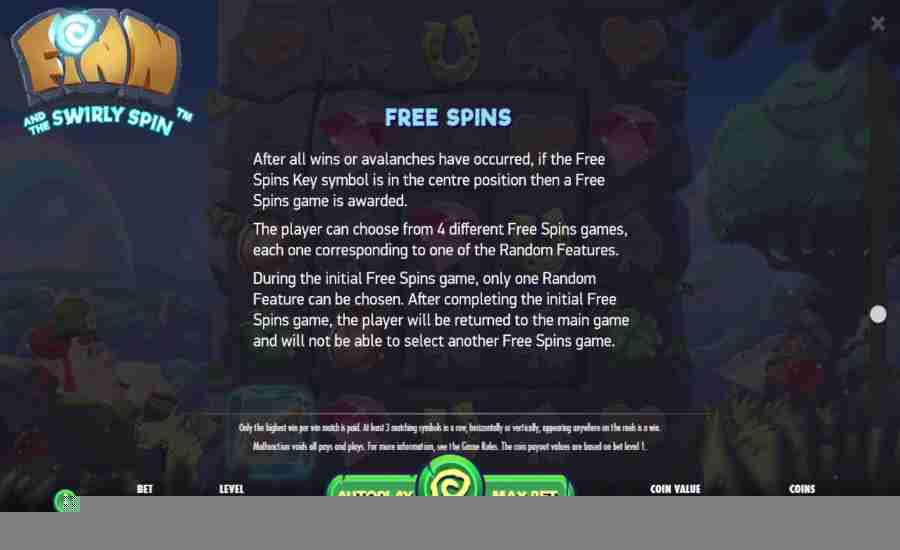 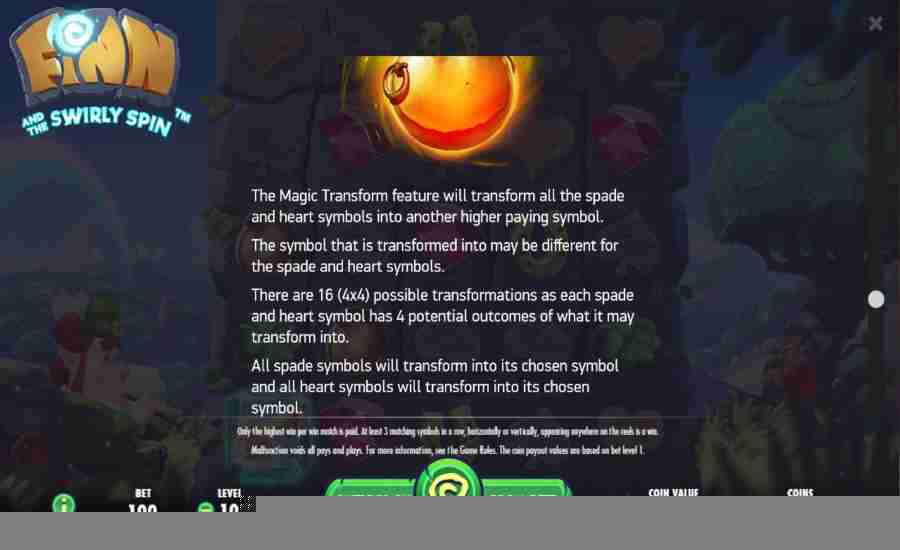 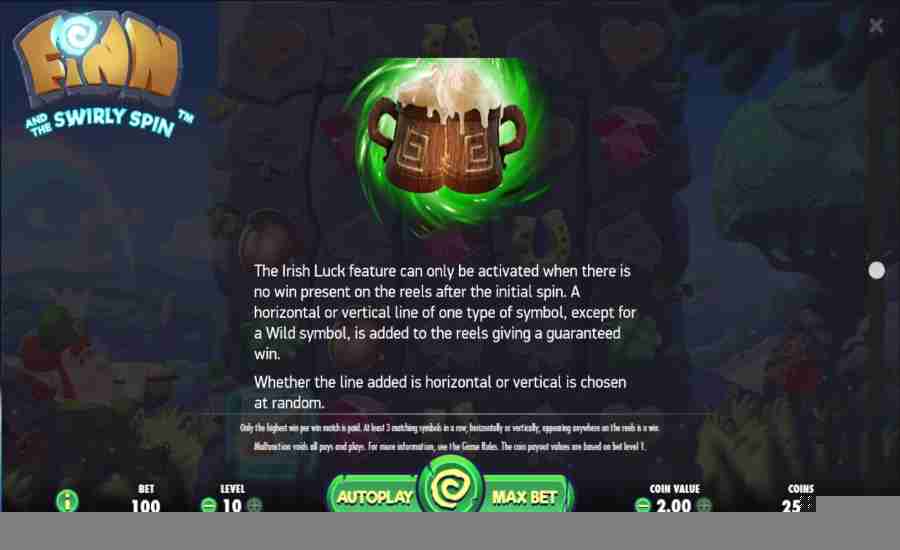 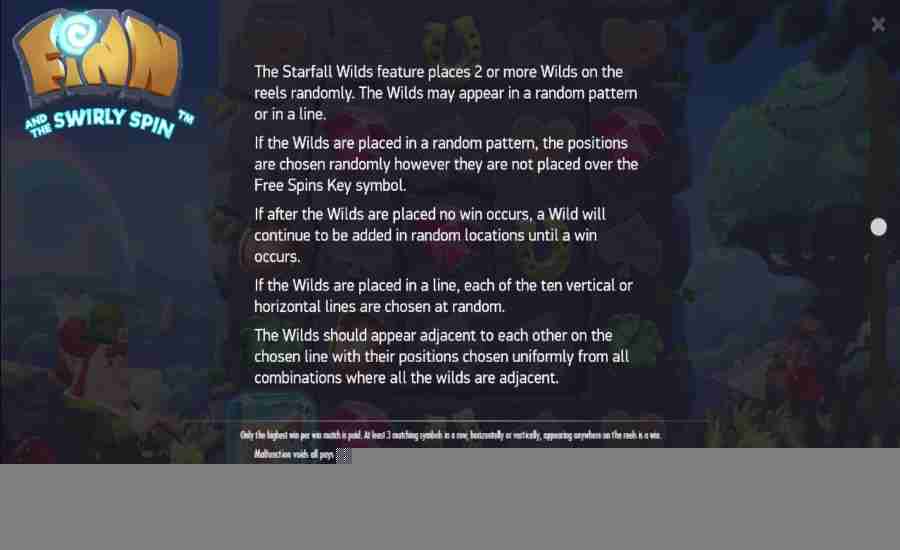 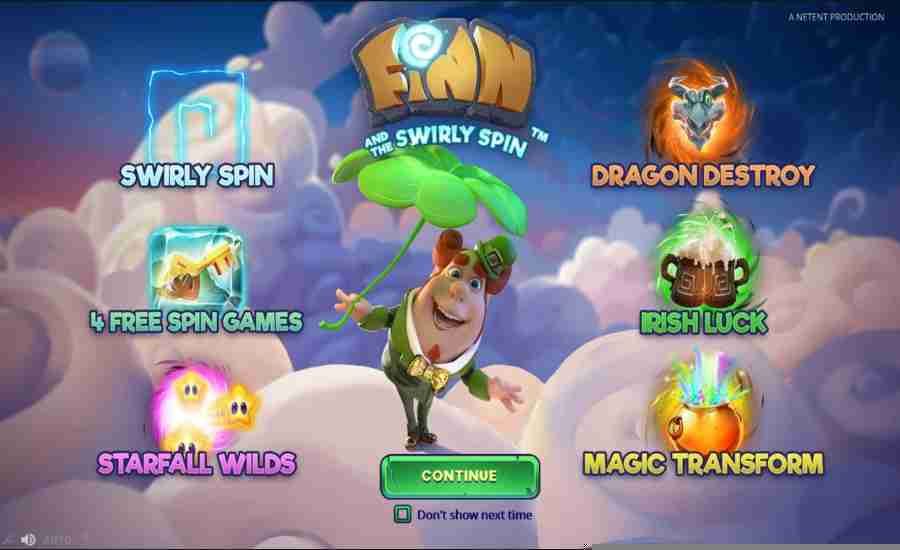 Finn and the Swirly Spin is a 5×5 grid with cluster pays video slot machine from NetEnt gaming, The game, features a wild symbol, a free spins key, 4 different types of free spins, and a random feature with 4 variations. This game has a maximum jackpot win of $100,000