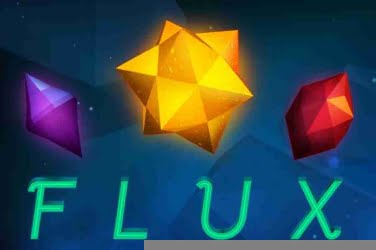 Thunderkick released this slots game in September 2015 and is with many of their creations it provides something a little different to its players. The designers have developed an imaginary universe where players can find a river of crystals floating upon the screen.

All the symbols found in this slots game appear to be free falling in mid-air among the transparent 5 reels. While the reels spin they rotate gently and glow slightly to create a soothing hypnotical feel. The background is darkly colored in bold blacks and bright blues and a futuristic sounding track that plays also adds to the ambiance of the game.

Though players are able to take advantage of the Flux slots game on mobile devices, this takes nothing from the quality of the graphics. Vibrant colors have been used and there are slick animations throughout when a winning combination is located upon the reels.

There are 8 different base symbols which are used in the game. They are all designed as solid crystal shapes in various colors. Those included are shown in Blue, Purple, Orange, Light Blue, Green, Pink, and Red.

It is the Yellow crystal that provides the highest jackpot should the symbol appear on each of the 5 reels. At this point in the game, the player will benefit from a 24x Multiplier on the initial wager to be included in their jackpot amount.

The Wild is a Gold geometrical shape with a “W” in its center. This is able to change any of the Crystal symbols but not the Bonus. Providing players more opportunities to create 1 of the 15 winning paylines that the game has on offer.

A Silver “B” activates the Bonus Round in the Flux slots game when 3 or more appear across the reels. Here players can choose from 3 different Free Spin Features to try and maximize on their winnings.

Option 1st allows either 16/32/48 Free Spins depending on how many of the Silver “B” symbols were revealed. Added to this is the factor that paylines can be created in either direction means that there are in fact 30 chances to win during this Bonus Round.

The 2nd option includes 12/24/36 Free Spins and 3 further rows are added to the screen. This provides players with 6 rows and more opportunities to create a winning paylines. Players will find that payouts are more frequent and of a higher amount.

With the final 3rd choice that the player can opt for they are awarded 8/16/24 Free Spins. However, they will also receive both of the additional Bonus Features mentioned above. Meaning that there are even more opportunities for players to increase their winnings.

Should a further Silver “B” symbol appear while the player is in the Bonus Round then an additional 1x Free Spin is added, It is a feature to the game that can prove lucrative once it has been activated, something which can occur quite frequently during play.

Thunderkick has set the coin ratio to allow players wagers ranging from $0.10 to $100.00 on each spin of the games 5 reels. A factor which makes this online casino slots game appealing to be high and low rollers.

Players have various chances to increase their winnings throughout the game with the Wilds, and Bonus Symbol which is included in its design. Not only offering more winning paylines, but also numerous Free Spins. With the option of choosing their own Free Spin additional Bonus Feature players are in full control of this online slots game.

Even beginners are finding this online release popular due to its simple game play. It may not have a Progressive Jackpot or Gamble Feature but there is still plenty to keep players entertained.

Auto Play is also included in this slots game, allowing more setting options. The reels can be set to spin for a certain amount of times, or until the wagered amount is met. So players can relax in the soothing atmosphere that has been created.

Although the game only awards low payouts during the main game, higher amounts are available with the Bonus Features. Considered as a Low to Medium Variance game, it does boast a 96.2% RTP for players to take advantage of.

Since its release the Flux slots game has proven popular with players of all levels from across the globe. Ensuring that it will be included in Thunderkick online casinos for some time to come. 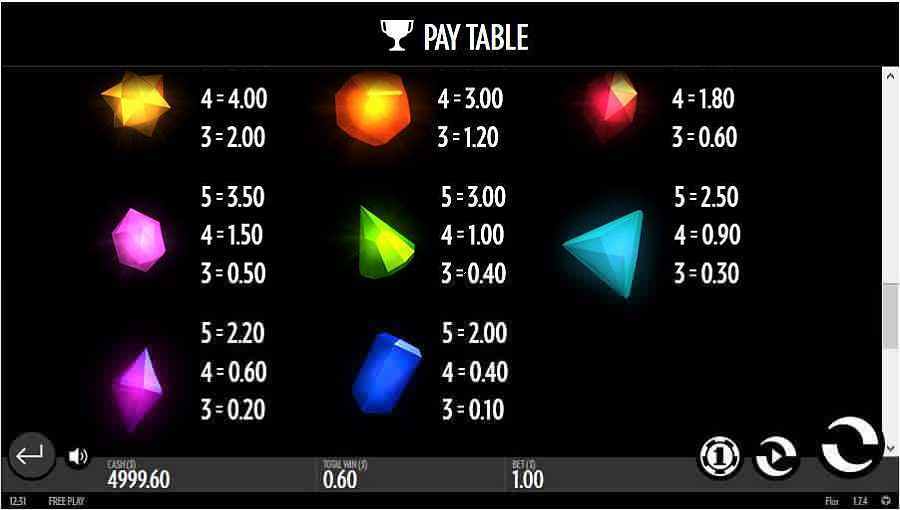 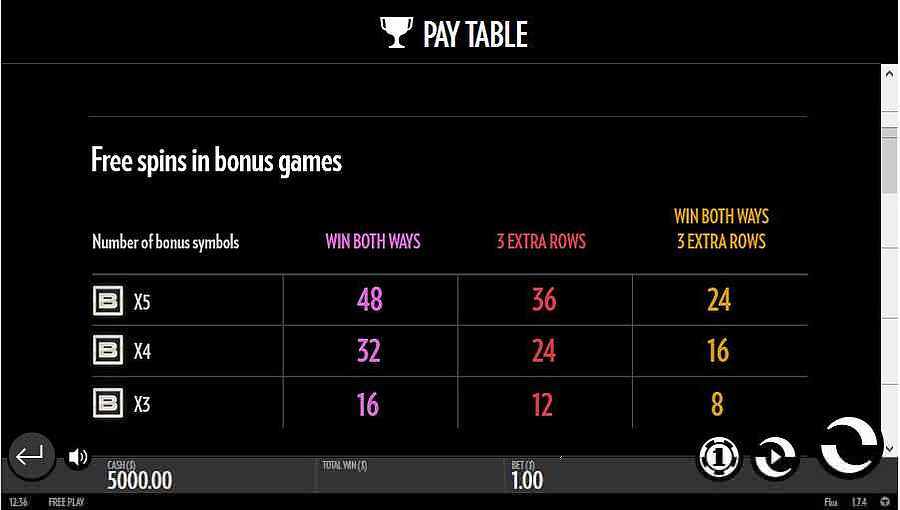 Flux is a non-progressive 5 reels 15 fixed paylines video slot game from Thunderkick, it has an imaginary universe theme, and features bonus games with extra symbol rows and paylines active two ways and has a maximum jackpot win of $2400.