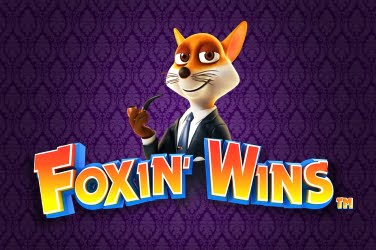 Nextgen has excelled in the design of this online slots game by using high-quality 3D graphics with bright bold colors. Its theme is based on the luxurious lifestyle of a millionaire Fox and his 4 young playful cubs.

When the player begins the game they can find the reels set against a scene of a grand room with large windows to the left of the golden frame in which they are encased. Some of the plush furniture become part of the Control Panel at the bottom of the screen while the betting amounts are shown at the top.

After each winning spin players can see the characters become animated as they celebrate while coins are added to the jackpot balance. This along with the fun music which can be heard in the background both providing elements to the game that players of any level are able to enjoy.

The Foxin Wins slots game is available to players on Desktop, Tablet and Mobile devices. However, there are some bugs which may be experienced especially when using an Android or Smartphone. Even so, this isn’t deterring players from all that is on offer in this NextGen release.

Given a chunky style, players can find lower paying symbols of 9 through to Ace upon the reels of the game. The others are all related to the wealth that the Fox character enjoys and include a Roll of Bank Notes, a Vintage Car, an image of his Mansion and the Water Fountain that can be found on his large graveled driveway.

Wild – an image of the millionaire Fox is used as the Wild symbol in the game. However, the amount of reels upon which it appears depends on whether or not the Superbet Feature is activated during play. When the Fox Wild is located it can change other symbols despite the Scatter to create more winning combinations for the player to take advantage of.

Scatter – this symbol is shown as a Pot of Gold to depict Fox’s wealth in this online slots game. When 3 or more of these are found the Free Spins Bonus Round is activated providing players more chances to add to their initial wager.

Superbet – players have an additional option before each spin to select this Bonus Feature. For an extra 0.10, the Wild will not just be restricted to appearing on the 3rd reel but also on the 2nd and 4th. However, if the player wishes they can invest an extra 0.25 to allow all reels to become available to this Bonus Symbol.

Free Spins – if this Bonus Round is activated players are rewarded with 10x Free Spins. During this point of the game not only will Wilds still be available but any winnings are given a 2x Multiplier to increase the player’s jackpot amount even further.

Leprechaun Shake Down – when this random Feature occurs players can enjoy the fun animations that the games designers have included. Now they will see a Leprechaun race across the screen, quickly chased by the Fox. If caught he is turned upside down and any coins that he has stolen fall from his pockets and is added to the player’s balance.

Fox Funds – again this is something that can be activated at random at any point during this online slots game. However when it does occur players will benefit from a cash prize being included to their final payout amount.

Gamble Feature – even with all that is on offer here those players that want to maximize their stake can take the chance with this additional Feature. They will be asked to choose the color and suit of a downturned card for the opportunity to either double or quadruple any winning amount that can be claimed.

The coin denomination has been kept low in this Nextgen release to ensure the game remains appealing to players with any budget. However, the Superbit Feature provides a unique element that can reward players with a higher chance of creating 1 of the 25 winning paylines that are included in the game’s format.

Coin sizes range from 0.01 to 2.00 and all paylines need to be in play upon each spin of the reels. This means that wagers can be placed from 0.25 to 100.00 depending on the level of Superbet activated or if the player chooses to select this Bonus option.

Not only does the game have a Wild and Scatter symbol players can also find Free Spins and a 2x Multiplier when the Bonus Round is activated. In addition, there are various Bonus Features that the game boasts to allow players more chances to add to their winnings.

Foxin Wins slots is a cheerful game with a cartoony feel that adds to the fun during play. Available on any platform it is proving popular with both high and low rollers from around the globe who wish to join the Fox in his lavish mansion. 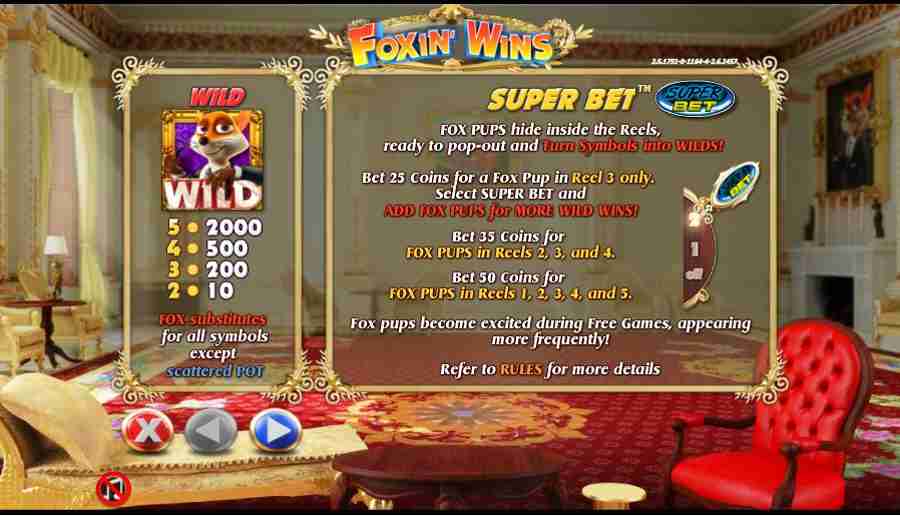 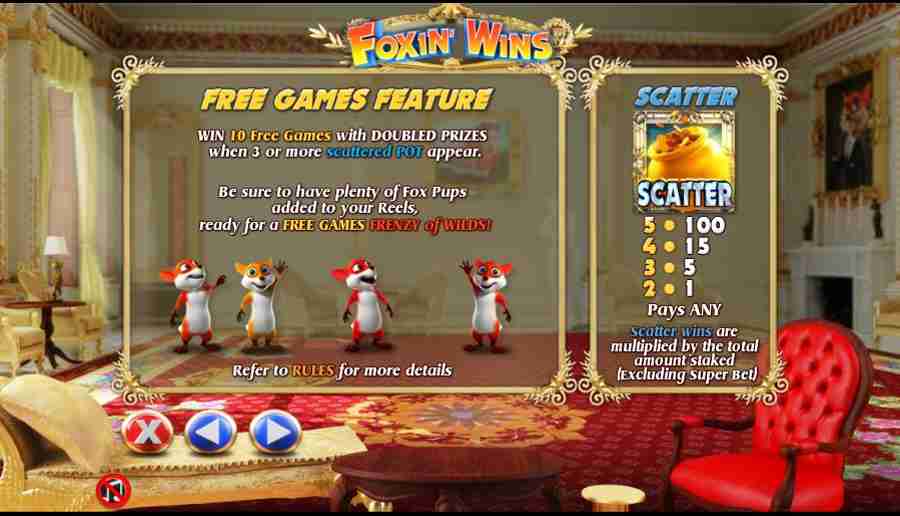 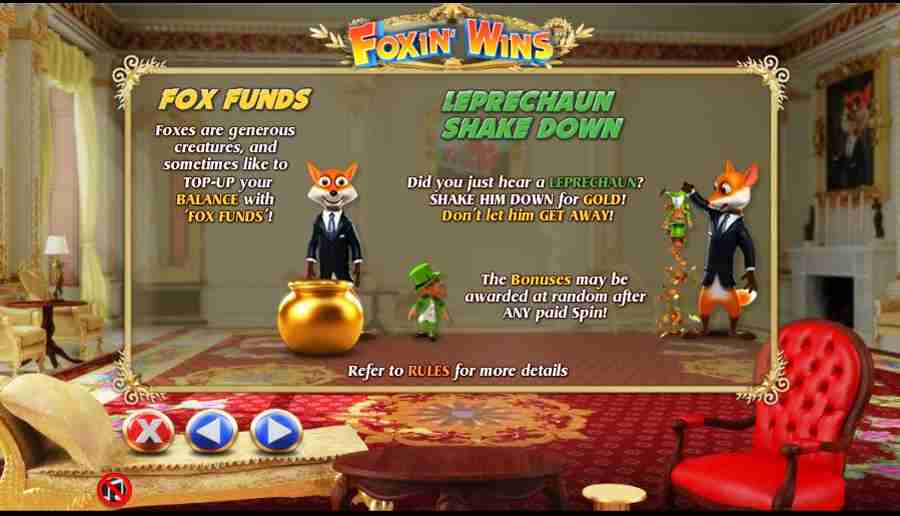 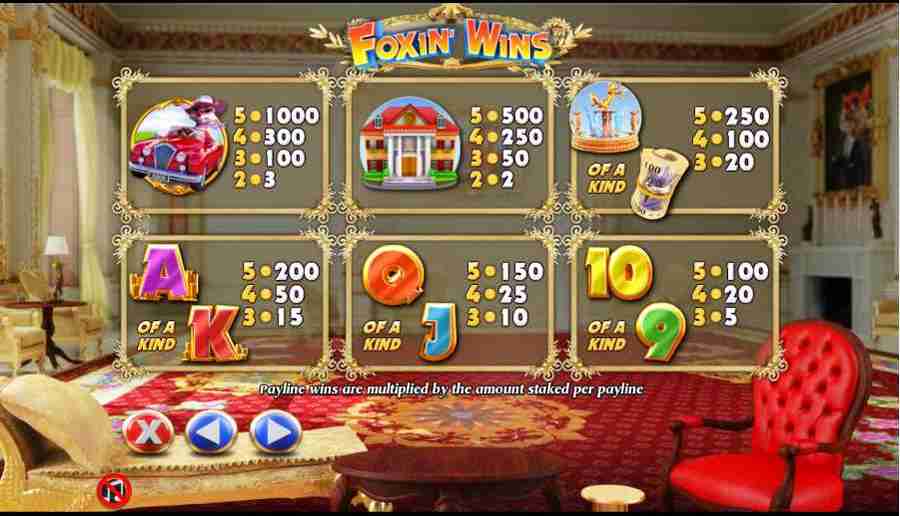 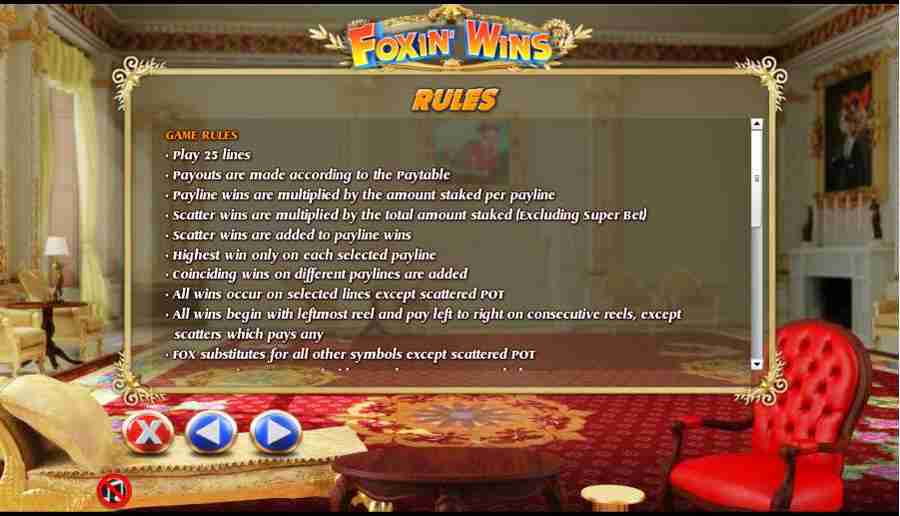 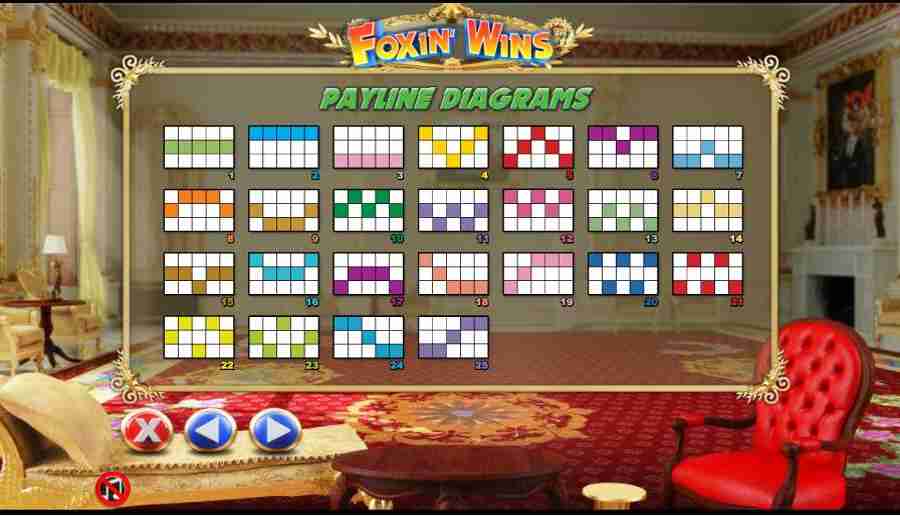 Casinos & Bonuses For This Game

Foxin Wins is a non-progressive 5 reel 25 pay-line video slot machine game from NextGen, it has a Animal fox theme, and comes with a wild symbol, scatter symbol, free spins and has a maximum jackpot win of £250,000