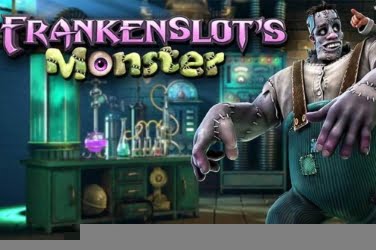 Betsoft has excelled itself with this 2016 release. They have taken their theme from the infamous Frankenstein novel written by Mary Shelley. But rather than give it a scary feel, they have provided players with a humorous twist to the tale.

It is the quality 3D graphics which sets this online slots game above the rest. Some players may even consider the animations to be of a movie standard. Watching as the Slot Monster is electrocuted when a Bonus Feature is activated.

Players can find the 5 reels set in the Mad Doctor Frankenslots dungeon laboratory. His wild-haired image is seen to the right of the screen, while his Slot Monster creation is strapped to an electrifying machine on the left.

Frankenslots Monster has been designed on a mobile platform, meaning that it can be enjoyed by players on any device. This makes it available to even more players from around the globe who like the fun this slots offering provides.

Doctor Frankenslots and the Slot Monster are both used as symbols in this Betsoft creation. The other 3 themed symbols include the Electrifying Machine, an Eyeball in a Jar, and a vision of a Full Moon. Lower paying symbols are shown as 10 through to Ace and have bold vibrant colors.

An electrified “Wild” is able to change other than the Bonus Symbols to provide players with more chances to create a winning combination. However, this icon also awards its own payout amount when 3 or more are spun across the game’s reels.

3 Wild symbols will award players with 200 additional coins to be included in their jackpot figure. This rises to 500 and 1000 coins respectively if 4 or 5 Wilds are revealed.

There are 2 Scatter symbols included in the Frankenslots Monster slots game. The first of these is shown as a Control Panel with a Lever. When this symbol is spun a Shock Treatment Bonus Game will be activated.

Here players are taken to a 2nd screen where they are asked to adjust the Control Panel, and then pull the Lever to electrify the Slot Monster. At this point in the game, players will receive a random cash amount. Yet if the player chooses the right combination, they could receive 25x their initial wager.

The 2nd Scatter shows lab equipment in the background and can only be found on the 2nd, 3rd, and 4th reels. However, should a player manage to get 3 of this symbol in a row they will activate the Free Spins Bonus Round.

As the Slot Monster beings to malfunction bolts of electricity shoot across the player’s screen. Changing random symbols into Wilds during a round of 8x Free Spins and enabling more winning paylines to be created.

There is no Progressive Jackpot or Gamble feature included in this online slots game. Yet there is still plenty on offer to keep players entertained and to help add to their final winning amount.

Players can place a maximum of 5 coins on each of the 20 paylines that are available in this online slots game. The betting ranges from just 0.20 to 100.00 so it is a game that can be enjoyed by players of all levels.

There is plenty on offer in this Betsoft release which can keep players engaged in the game. Players can take advantage of a Wild symbol, 2 Scatters, Free Spins and a Mini Bonus Game. This in addition to the opportunity to receive a 25x Multiplier and a high Jackpot of 1000 coins. All of which makes this online slots game popular with players who like to get a higher return on their wagered amount.

Although people would perhaps think that this particular online slots game would have been a Halloween release due to the Frankenstein theme, it has actually been available since early spring. Ensuring that it is already proving popular with players from around the globe.

AutoPlay is another additional Feature that Betsoft has included in their games design. This means that players can set the game to play automatically while they are busy doing other things.

Even so, most players would perhaps prefer to be involved in all the fun that is on offer in the Frankenslots Monster slots game. Enjoying all the animations as the 5 reels are spun in the hope of creating 1 of the 20 winning combinations. 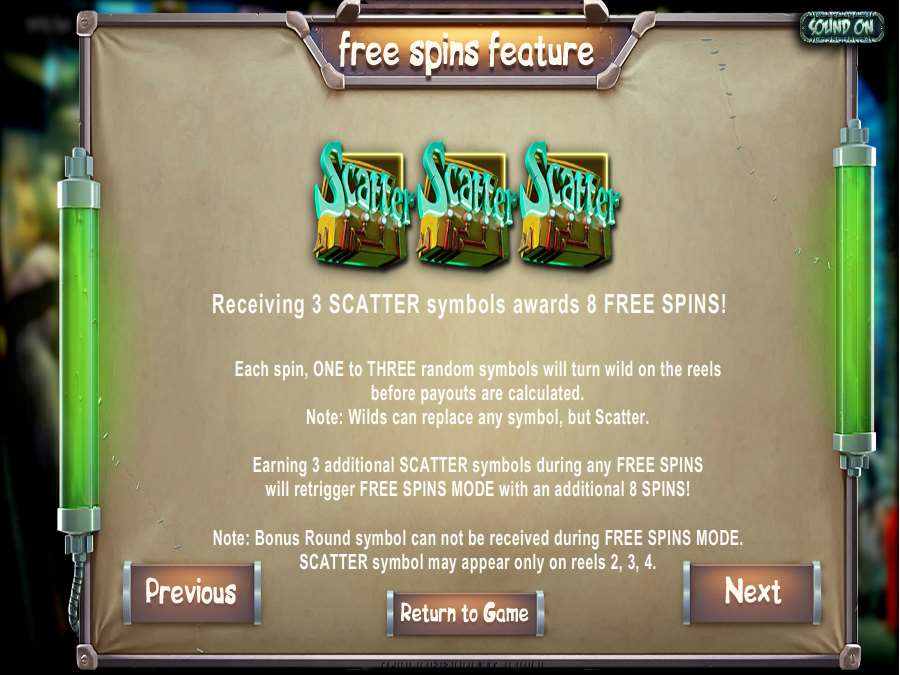 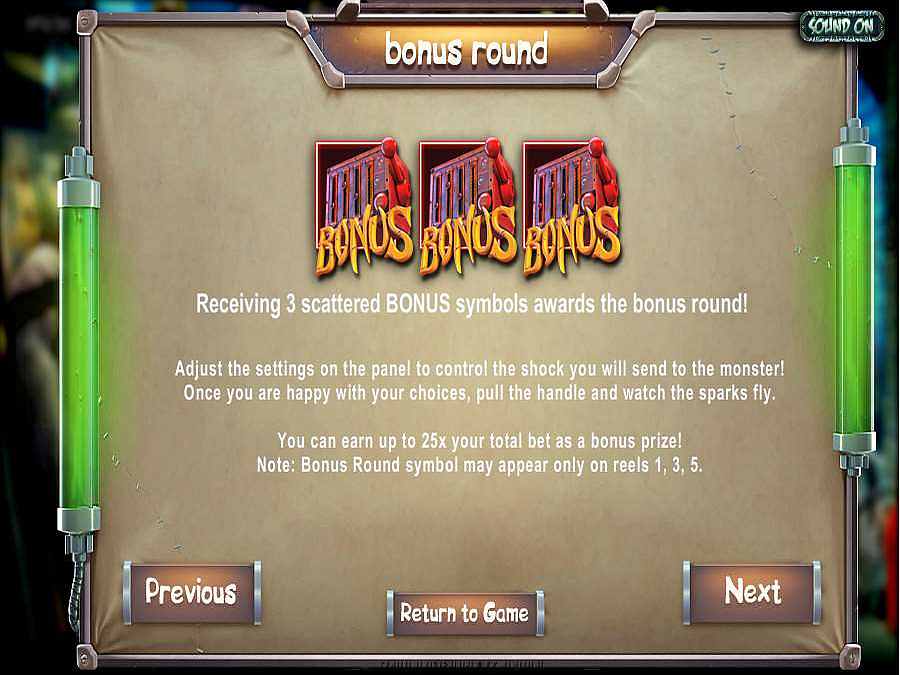 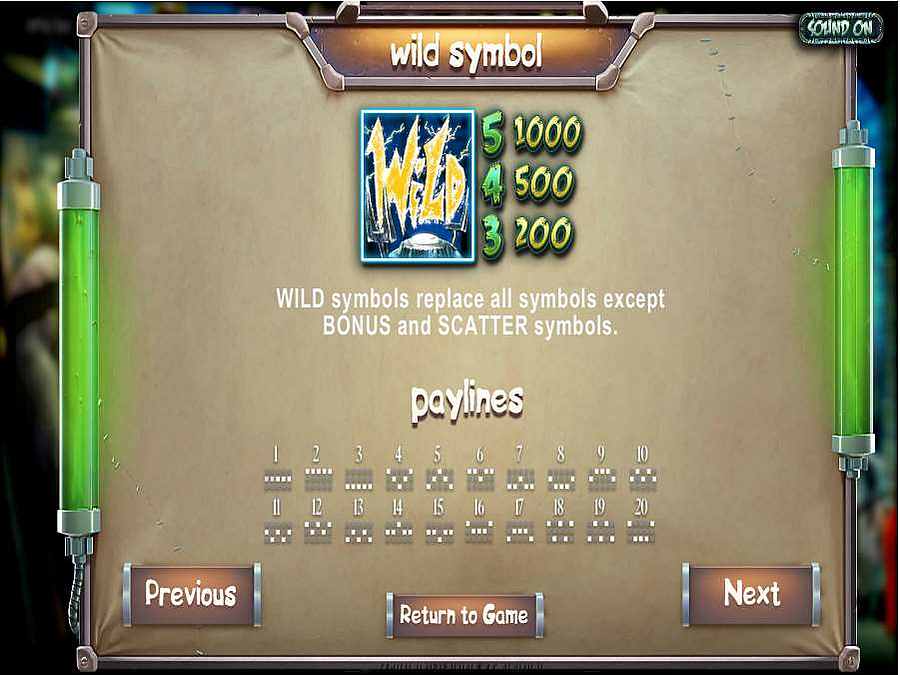 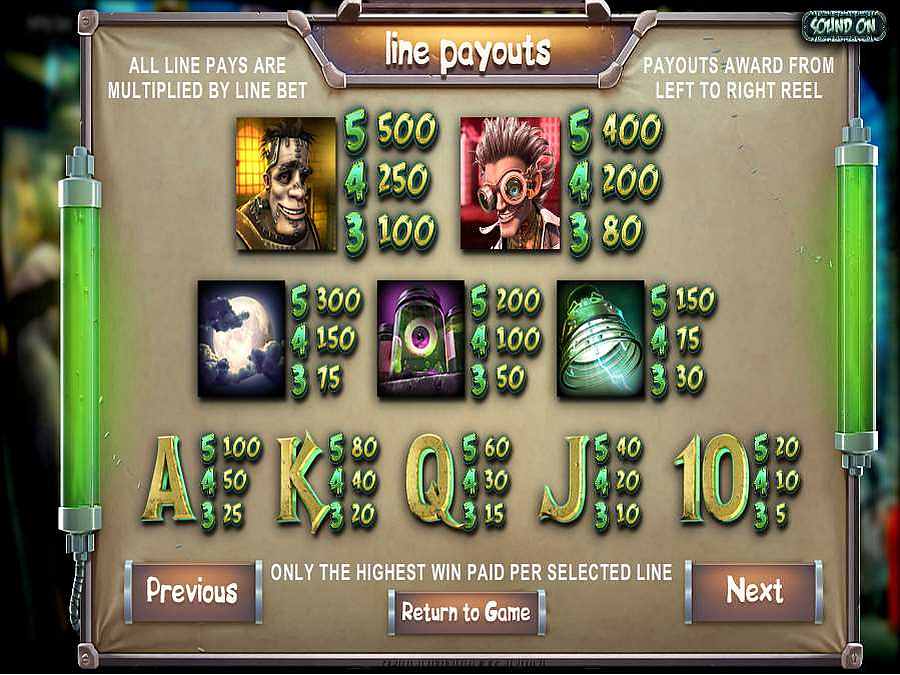 Frankenslots Monster is a non-progressive, 5 reel 20 payline 3D video slots machine game from BetSoft Gaming. It has a Frankenstein theme, and comes with a wild symbol, scatter symbol, and has a maximum jackpot win of $5000