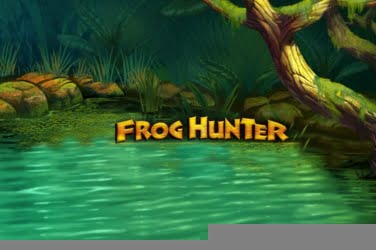 The Frog Hunter slots game has a Jungle theme. Players will find the 5 reels set within Bamboo Poles with a leafy background. All the graphics used are colorful and highly detailed. 3D graphics have been used and the main symbols will become animated should they be included within any of the 5 winning pay lines that the game provides. There are also relevant tunes and sound effects which are played during the game.

In comparison there are also some of the more common symbols which are found in many online slots game. These are depicted as Cherries, a Lemon, a Plum, and Slices of Watermelon and award the player with a lower jackpot figure.

The Lily Pad is used as the Scatter symbol in the Frog Hunter slots game. Unusually for most offerings from BetSoft online creations there is no Wild symbol to be found during game play or any other Bonus symbols to unveil.

There is no Wild symbol used in the Frog Hunter slots game, neither are there any Free Spins. However this offering from Betsoft online casinos does provide 3 different Mini Games, all of which allow the player to add to their final wining amount.

The first Mini Game is activated when 3 or more Lily Pad symbols are located upon the 5 reels of the Frog Hunter slots game. This activates a Mini Game which then allows the player to jump from one Lily Pad to another while avoiding the Crocodiles. Any amount that is collected during this time is given a 2x Multiplier which is included in the final pay out figure. This Bonus Round will end for players if they are eaten by the Crocodile and they will be returned to the main base game.

A Dragonfly Bonus Game is also available in the Frog Hunter slots game. Should the Dragonfly be eaten by the Female Frog on the left then a 2x Multiplier is given. However if it is taken by the Male Frog to the right a 3x Multiplier can be awarded.

Players can also take advantage of the Gamble Bonus Round which is included in the Frog Hunter slots game. If the player selects the correct fruit they can expect their winnings to be either doubled or tripled depending on their initial wagered amount.

The highest jackpot available in the Frog Hunter slots game is set at just 500 coins. This is awarded to the player if they are lucky enough to uncover 5 Male Frog symbols across the reels of the game.

Coin sizes used in the Frog Hunter slots game can start from as low as $0.02, rising to just $5.00. As there are only 5 winning pay-lines in this online casino game and a 1 coin maximum stake set for each line activated this can make the game appealing to players of all levels.

As the 5 reels of the Frog Hunter slots are spun players can enjoy watching the 3D graphics as they take in the Jungle theme. Should they uncover a winning combination the main characters in the game become animated which adds to the fun of this offering from Betsoft online casinos.

There are only 3 Bonus Features within the Frog Hunter slots games. These include Mini Games, and various Multipliers. Although regular players of online casino games may not find this appealing, it can be popular with beginners and low rollers.

Players can also use the Gamble Bonus Round to their advantage during the game of Frog Hunter slots. Here they are able to choose whether to gamble their winnings at this point with the chance to either double or triple their final jackpot amount. 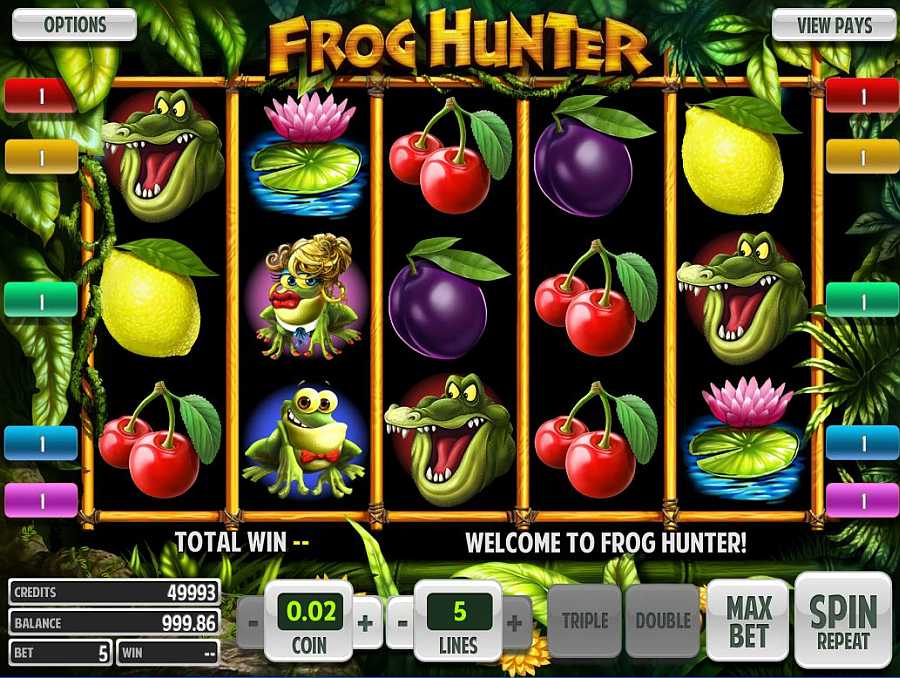 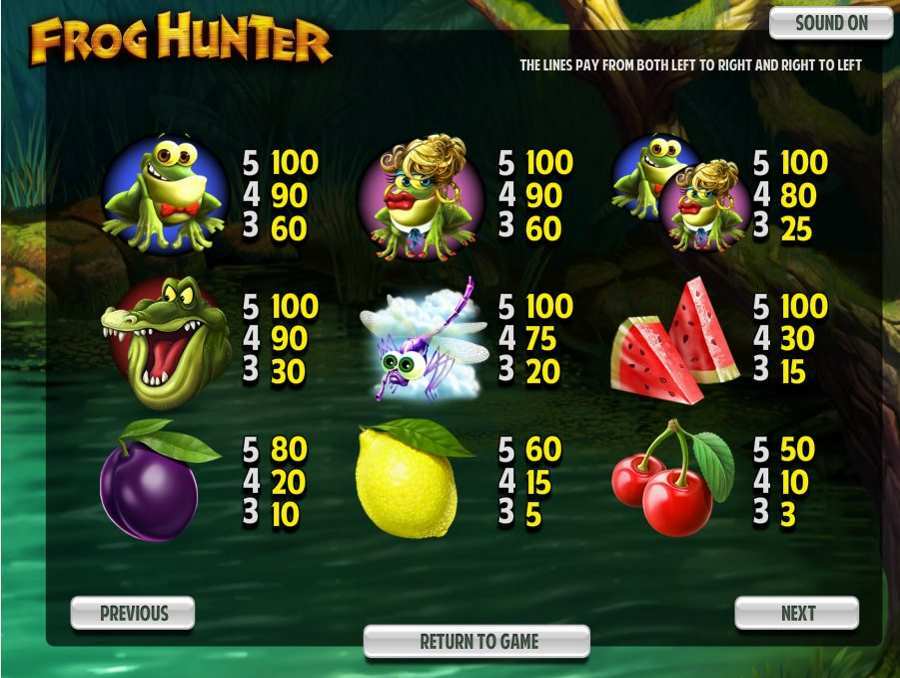 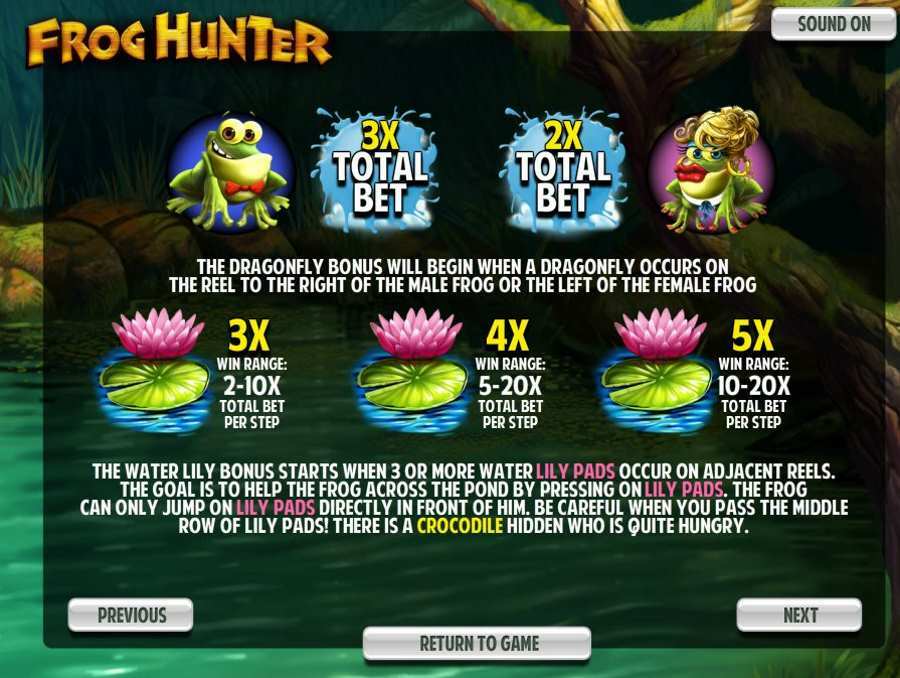 Frog Hunter is a non progressive, 5 reel 5-payline 3D video slot machine game from BetSoft. It has a jungle theme and comes with a with multiplier and has a maximum jackpot win of $2500