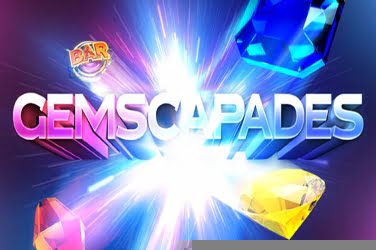 There are 5 reels and 10 winning paylines to be found in the Gemscapades slots game. It can be located among the selection of Betsoft online casino games and it is based on various Gems and the cash they can provide for the player to enjoy.

Although the Gemscapades slots game isn’t designed in 3D, ( slots3) the graphics used are bright and colorful. Players can also watch as the symbols used become animated if they help to create a winning combination throughout the game.

Players can view the sophisticated design which Betsoft have used in the Gemscapades slots game. They will find the 5 reels set upon a blue and black background within a silver surrounding. Along with relevant music and jackpot sounds which add to the elegant feel of the game.

The symbols used in Gemscapades slots are few, but all provide different jackpot amounts which can then be added to the final pay out amount. They include 5 Gems that are Red, Orange, Green, Blue and Yellow. Other symbols shown in the Gemscapades slots game are a Red 7, and a single Bar. All of these have varying pay out amounts should they be revealed upon one of the 10 winning paylines that are on offer in this offering from Betsoft online casinos.

Various Gems are also shown as Bonus Features in the Gemscapades slots game. Players can find a Multi-Colored Gem as the Wild, and a Fiery Gem as the games Scatter. An additional bonus is awarded to the player if they should also find the Dropping Gem symbol upon the 3rd reel of the game.

A Multicolored Gem symbol is the Wild symbol that can be found in the Gemscapade slots game. Although it only appears on the 2nd, 3rd, and 4th reels of the game it will expand across the 3 rows to create more winning combinations for the player to collect.

This symbol also provides players with a 7x Multiplier to be added to their winnings when it is revealed in the base game of Gemscapades slots. However, if it should appear in the Free Spins Bonus Round then it is increased to 20x the original wagered amount.

The Scatter which is used in Gemscapades slots is shown as a Fiery Gem. The amount of Free Spins that are awarded at this point of the game depends on how many were revealed during gameplay. For example if 3 Scatters were found it equals 10x Free Spins. This then increases to 20x and 30x for 4 or 5 Scatter symbols respectively.

There is also a Dropping Gem symbol which can be located on the 3rd reel of the Gemscapades slots game. This provides players with a combined Wild and Scatter as it drops down the 3 rows after each spin, helping players to add to their winnings even further. An additional feature which can make Gemscapades slots appealing to players of any level.

The Gemscapades slots game uses coin sizes which range from $0.02 to just $1.00. This makes this offering from Betsoft online casino games popular with low rollers. However as there are 10 wining paylines on offer and a 10x coin maximum allowed upon each of them, high rollers also consider the game appealing.

As the 5 reels of the Gemscapades slots game spin players are hoping to activate one of various Bonus Features that are on offer. Players can take advantage of Multiplers, Free Spins, Scatters and an Expanding Wild. All of these can help to create plenty of opportunities for a player to increase their winnings throughout the game.

Auto Play can be activated should the player choose to move to Expert Mode in the Gemscapades slots game. While the 5 reels of the game spin any winning amounts will be added to the final jackpot figure. This means that players can hopefully return to collect their winnings after being busy with other things.

Although some regular players who enjoy online casino games may find Gemscapades slots rather dull compared to others that Betsoft have on offer, there are those who appreciate all the Bonus Features that are available. Ensuring that they can add to their initial wager with a resulting higher jackpot pay out figure.

Players can view the stunning graphics and animated symbols as they spin the 5 reels of the Gemscapades slots game. With its fun music and sound effects all adding to the atmosphere of the game-play. 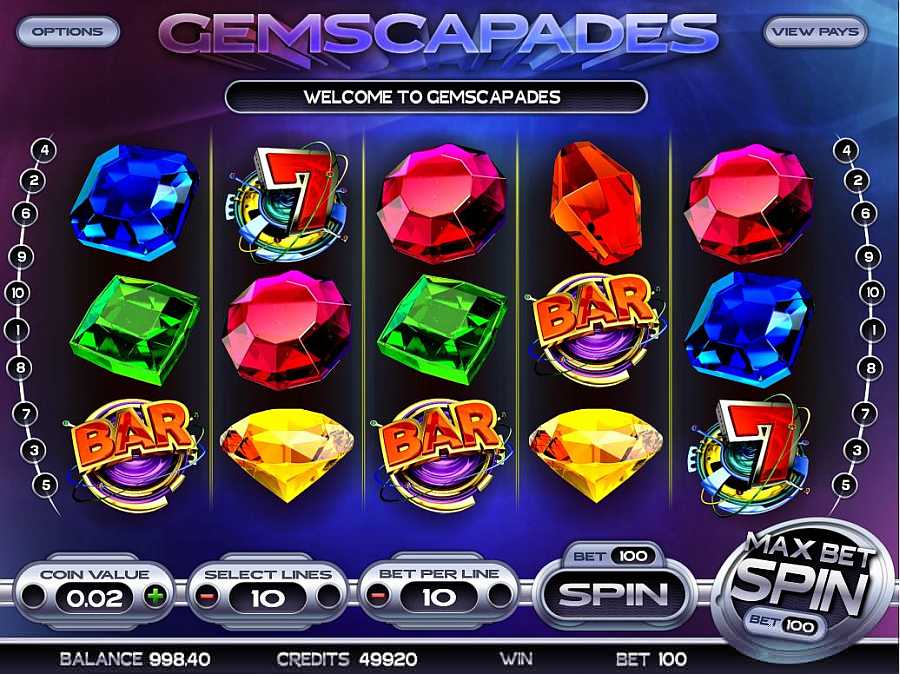 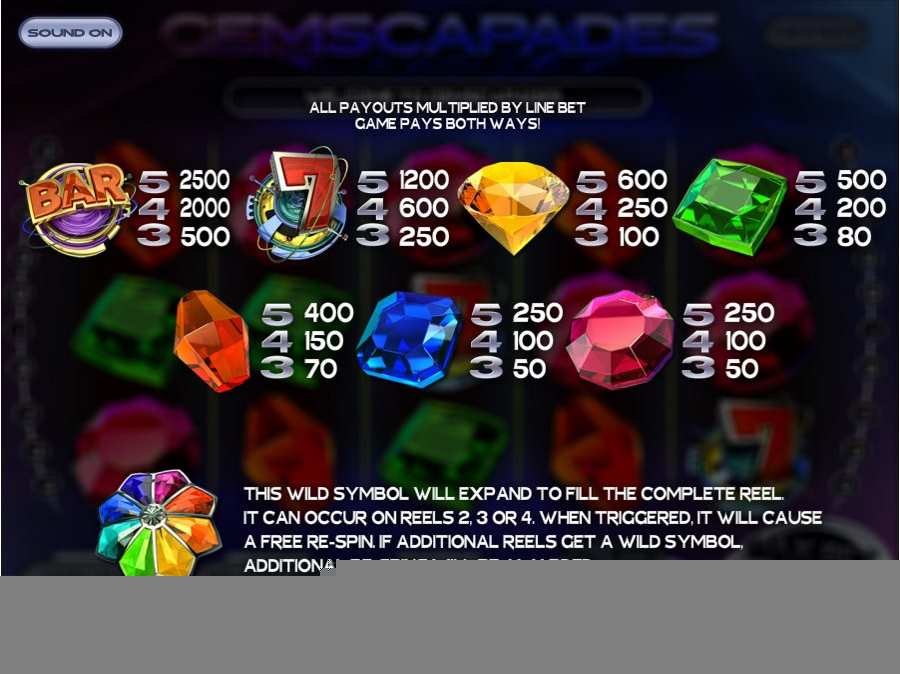 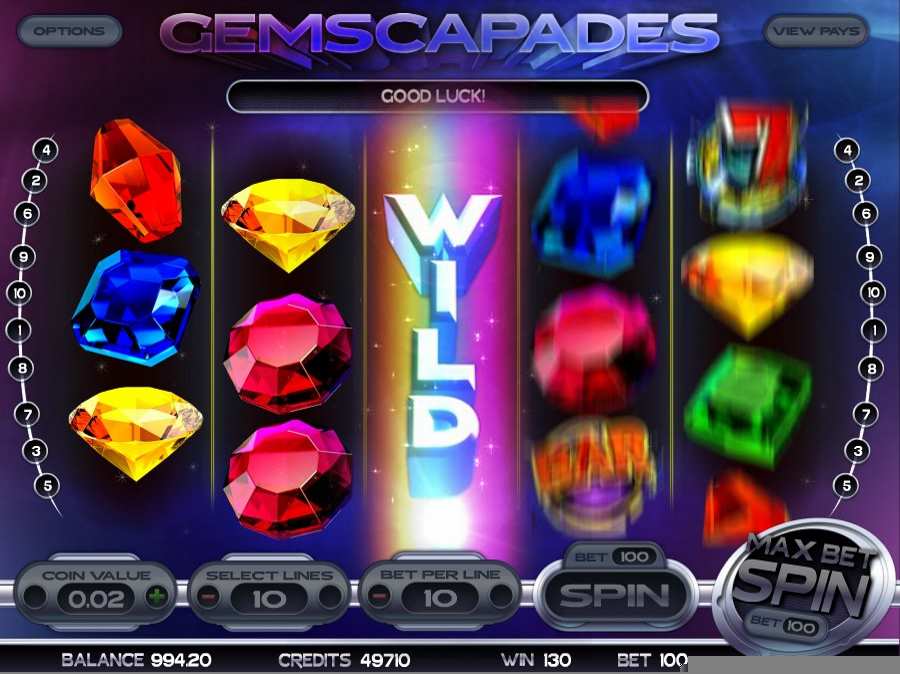 Gemscapades is a (non-progressive) 5 reel 10 pay-line 3D video slot machine game from betsoft, it has a gems theme, and comes with a wild Symbol, and has a maximum jackpot win of $2500.