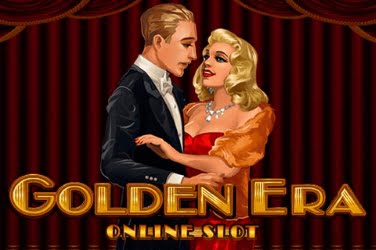 The Golden Era slots game has been created by Microgaming for their online casinos. It has 5 reels, and 15 winning pay lines. With a theme based around vintage Hollywood movies of the 1940’s, there are many opportunities to win when playing this online slots game.

Keeping the Hollywood theme alive, the designers of the Golden Era slots game have used bright and cheerful graphics for the player’s pleasure. There are 5 different Actors and Actresses upon the reels of the game. Also to be found are a Cinema Ticket, Walk of Fame Hand prints, a Film Reel, a Camera, a Golden Globe Award, and a Luxury Car.

The Golden Era Logo is used as the games Wild symbol, while Scatters are depicted by a Clapper Board. Both of these can help to increase a player’s final pay-out while they enjoy the Golden Era slots game.

Coin sizes that are used in the Golden Era slots game begin at 0.01, rising to just 1.00. This factor makes the game popular with low rollers. However, with the Wilds and Scatters available with this online casino game the pay-outs can be regular.

When 3 or more Scatters appear on the reels of the Golden Era slots game, the Free Spins Bonus Round is activated. This feature is slightly different to what is usually found on a Microgaming slots game. There are 12 Free Spins, although these cannot be re-triggered during the round.

On the first Free Spin, the main Actor appears on reel 1. The Actress can then be seen on reel 5. When the reels are spun again, these two characters move to reels 2 and 4. The final spin sees them come together on the 3rd reel. This is repeated 4 times, and any winnings during this time are doubled.

The Golden Era slots game also has a Double Feature Bonus Round. Here a second screen appears showing the outside of a cinema with 10 movie posters. The players can then choose as many times as they like, the random pay-outs adding to the jackpot amount. This round is halted once the red “Pop” logo is found.

As the Golden Era Logo appears as a Wild upon this slots game reels, it is able to change any symbol other than the Scatter. This can help to create a win for the player, adding to the final amount that will be paid out.

Although this online casino game doesn’t have a progressive jackpot, there is an impressive high jackpot amount that can be won. When the main jackpot is revealed, the player is awarded 530,000 coins. Making Golden Era slots popular in many Microgaming casinos.

( This game is offered in mobile and tablet version ) Players are able to set this Microgaming slots game so that they can enjoy the Golden Era slots game at their own speed. It is also possible when in Expert Mode to select Auto Play, whereby the reels can be spun automatically a selected amount of times or until the wager amount is reached.

By using the coin sizes allowed in the Golden Era slots game, players can place a bet on any of the 15 winning paylines that can be found in this Microgaming online casino game. This can be anything from 0.01 to 1.00, so playing this game need not break the bank.

The Golden Era slots game has Wilds stacked upon its 5 reels. These can be used to generate more wins as they change any other symbol across the game, except for Scatters.

Yet it is the Scatters and Bonus Features that will increase the winning pay-out amount even further. Offering multipliers and Free Spins for the player to take advantage of when playing the Golden Era slots game.

With its 1940’s Hollywood theme, the Golden Era slots is a casino game for enthusiasts of all levels. Using bright graphics, and cheerful background tunes many hours can be spent building up the final pay-out amount that can be obtained 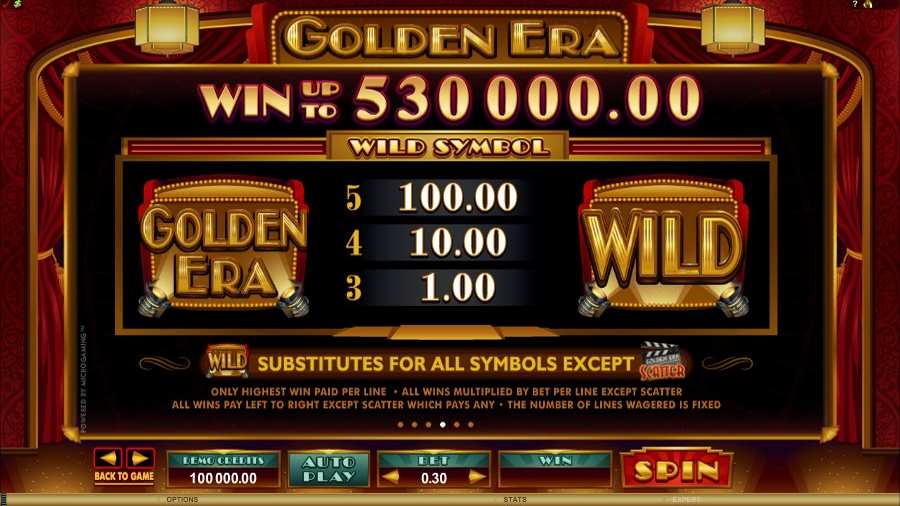 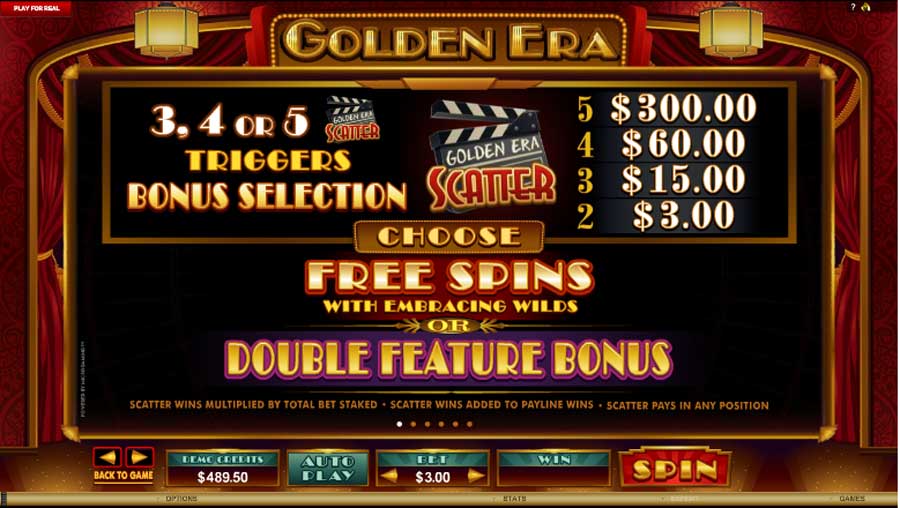 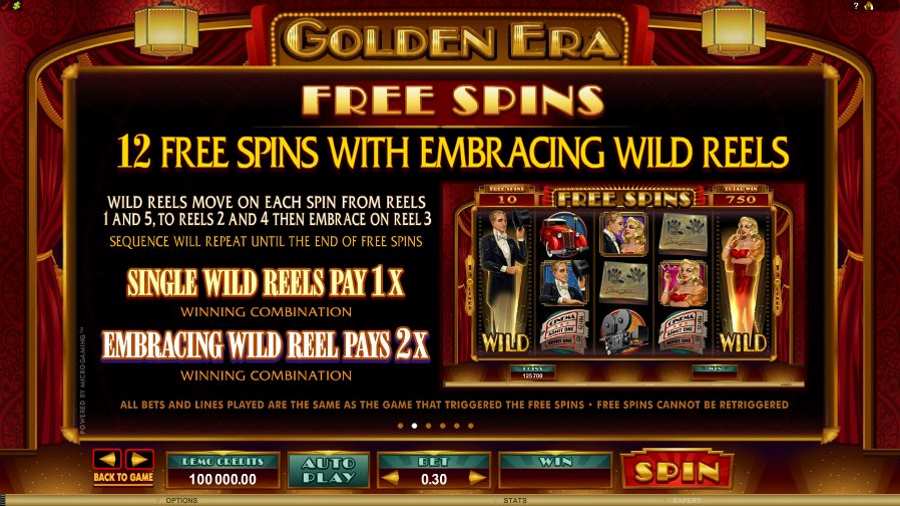 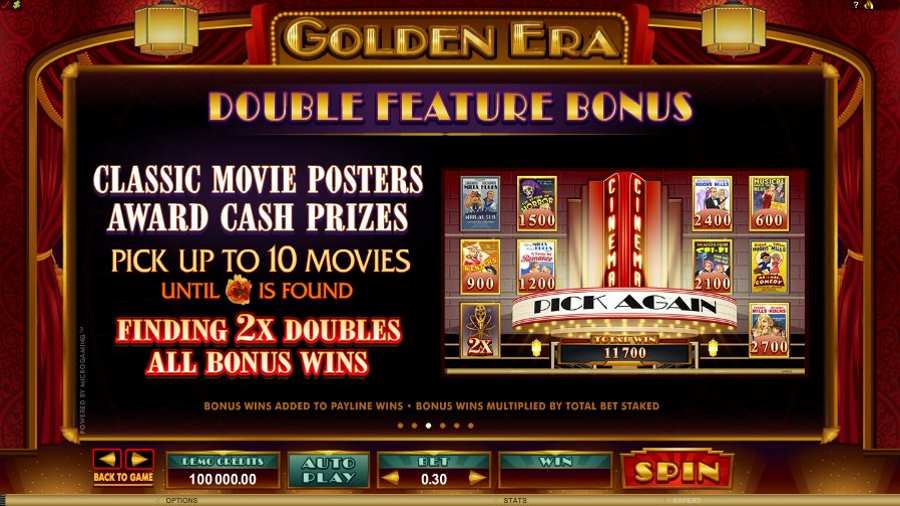 Golden Era is a non-progressive 5 reel 15 pay-lines video slot machine game from microgaming, it has a Hollywood movie theme, and comes with a wild symbol, scatter symbol, multiplier, free spin and has a maximum jackpot win of $20,000