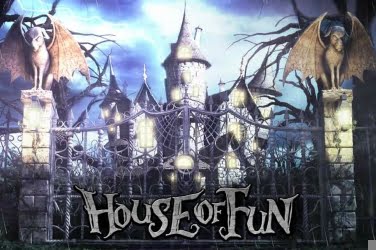 The House of Fun slots game is more themed around the idea of a House of Horror. Players will find the 5 reels of the game set within two stone columns with gargoyles atop of them. In the background the roofs and windows of the house can be seen against a dark night sky. Spooky music and sound effects can also be heard during the House of Fun slots game which all add to the atmosphere while playing.

Throughout the game of House of Fun, slots players are joined by two teenagers, Paul and Jane, along with their dog Chip. Although they are not used as symbols in the game, they do play a significant part to the fun to be found in this Betsoft offering.

There are four mysterious male figures to be found in the House of Fun slots game. Two of these are also used to activate two of the Bonus Games which this game provides. Jack will appear when the Free Spins are awarded to the player, while the Mad Host gives a Click Me Bonus Mini-Game.

Other symbols that can be located upon the reels of the House of Fun slots game include a Cheshire Cat, a Candelabra, Paintings, Mirrors, a Box with a Question Mark, and a Gargoyle. All of these can create winning combinations for players to take advantage of during the game of House of Fun slots.

As often found in Betsoft online casino games the designers have used 3D graphics of high quality. Some of the symbols in the House of Fun slots game are also animated. So if they help to create a winning payline they will give a scary pose while the teenagers and their dog cower in fright. This all adds to the fun of the game for players while they watch their final jackpot amount increase.

When 3 or more of the Box with a Question Mark appears across the 5 reels of the House of Fun slots game then the Free Spins Bonus Round is activated. At this point in the game a Creepy Jack in the Box will jump forward to award the player with 5 Free Spins. Along with this the 3rd reel of the screen will become an Expanding Wild which will remain frozen in place during this Bonus Feature.

There is also a Mad Host symbol found among the reels which will activate a Mad Click Me Mini-Game if 3 or more appear during a spin. Here players can click the screen until the round comes to an end before being returned back to the base game.

In addition there is a further Mini-Game included in the House of Fun slots game. Although it doesn’t appear often it can provide various opportunities for players to add to their winnings. This game is activated when 3 or more Door Knocker symbols are spun during play. Then a 2nd screen will appear upon which the player must select the correct door for the teenagers and their dog to go through to escape the House of Fun.

The first thing that players must do before spinning the 5 reels of the House of Fun slots game is to choose the coins which they wish to wager. Coin denominations are from $0.02 to $1.00 with a maximum coin amount of 5 set for each payline. As there are 30 winning paylines this gives players plenty of opportunities to add to their final jackpot figure.

Once the reels have been set to spin players can create various winning combinations and gather cash prizes throughout the game of House of Fun slots. These can be added to further by using the Free Spins Bonus Round with its Expanding Wilds. And also the Mad Click Em, and Escape Bonus Mini-Games are available to add to the popularity of this offering from Betsoft online casinos.

Players can move the game to Auto Play at any time in House of Fun slots. This means that the reels can be set to spin for a certain amount of time or until the wagered amount is reached without interacting with the software.

With its low coin size range yet 30 winning paylines, the House of Fun slots game is proving popular with players of all levels. Along with the Bonus Games and Features and detailed 3D graphics, this Betsoft design is appealing to many players who enjoy online casinos. 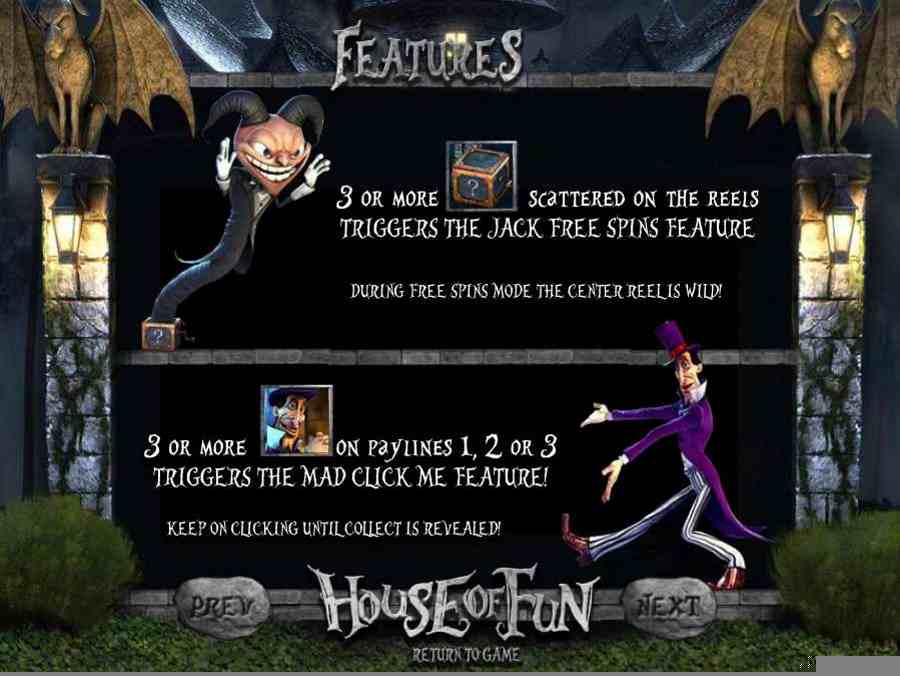 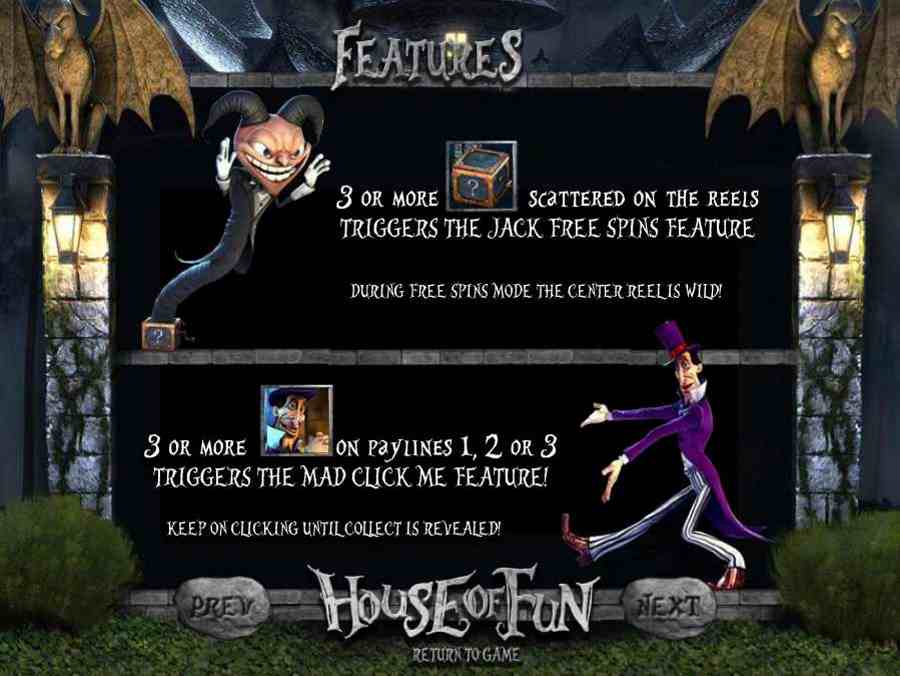 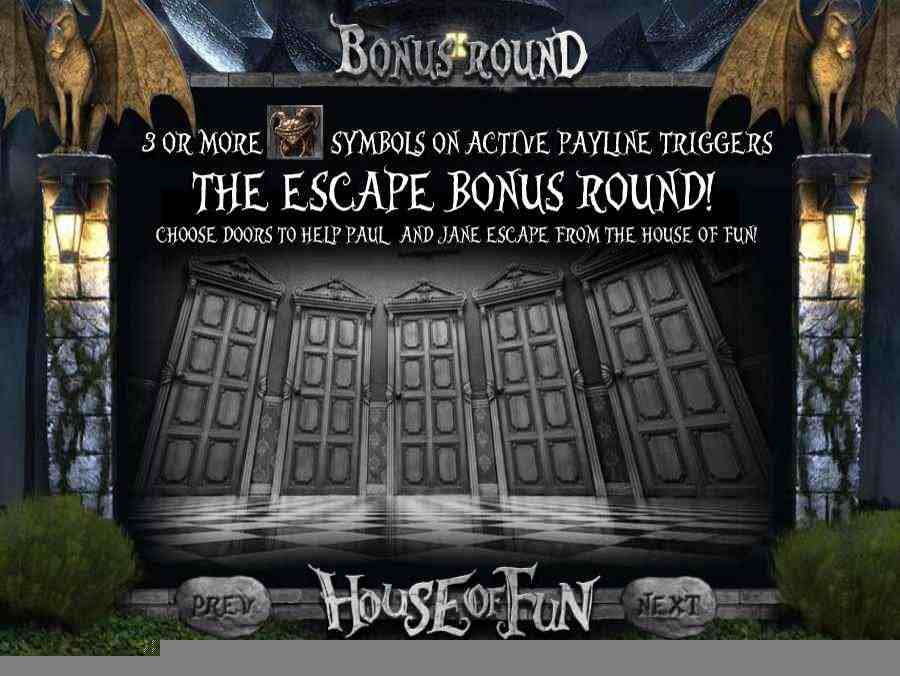 House Of Fun is a non-progressive 5 reel, 3 rows 30 pay-line 3D video slot game from BetSoft, it has a Horror theme, and features a scatter symbol, free spins and has a maximum jackpot win of $3750