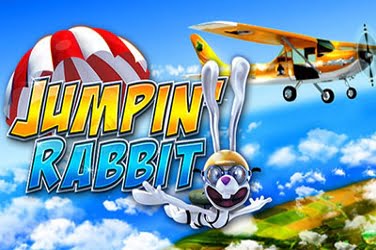 Bright bold colors fill the screen as players take to the skies with the 2 Rabbit characters as they jump from the aeroplane that can be seen above the reels. Parachuting through the fluffy white clouds to land on the grassy green fields beneath. The 5 reels are set within a golden frame at the forefront of the screen and there is some upbeat music that plays in the background which adds to the fun of the game.

The Microsoft designers have taken on a popular theme with this release but have given the furry creatures a cute cartoony appearance. They create an entertaining element to the game as players use the stacked Wilds and Free Spins to add to their jackpot balance while watching the comical animations with each win.

A chunky brightly colored J, Q, K and A symbol are as with many online slots provide players with the lowest pay out when they are included in a winning combination. The other symbols are all in keeping with the games theme and include some Flying Goggles with Protective Helmet, a Windsock, and a bunch of Carrots. Players will also find throughout the reels the Aeroplane symbol, the vessel that the Rabbits board before soaring into the deep blue sky on their thrill seeking sporting adventure.

However the games Logo will provide players with the largest jackpot amount during the base game if 5 of these symbols land on the reels. Then they will see 500x their initial line stake being added to the final balance that they can claim at any time.

Wild – a Rabbit wearing a Yellow Protective Helmet is the symbol that players need to find to benefit from additional chances to increase on their staked amount. Not only can this symbol appear stacked but when it does land it can change any Basic Symbol if a winning pay line can be generated.

Scatter – it is an Orange Protective Helmet that this Rabbit wears as he falls onto the reels from the sky above. And although he can only be found on the central reels if 3 or more are spun players will be flown away to a Bonus Round.

Free Spins – just 3 Scatter symbols need to be revealed for players to get access to this additional Feature. They will then be rewarded with 10x Free chances to add to their wagered amount on a 2nd set of reels that contains more Wild symbols that what are found in the base game. Sadly this Bonus Feature can’t be re-triggered but the Scatter symbols do appear regularly during play so if the player is patient they can get to take advantage numerous times if they are on a lucky streak.

It costs just 0.30 for players to be able to set the reels spinning in this online slots game. This makes it ideal for beginners and low rollers who may have a limited budget. For more daring players however Microgaming have allowed a maximum wager of 150.00 and with the chance of 10x Free Spins this game is also proving appealing to some players who want to see those higher wins added to their jackpot balance.

Auto Play can be used at any point during the game if the player needs to be away from the screen. This means that the reels will spin automatically for either the amount of times that are set or until the maximum wager is reached.

This particular release from Microgaming doesn’t offer much in the way of Features. So players may feel a little disappointed to find that there is no Progressive Jackpot, Gamble option or any Mini-Games to add to the fun. Simply there is the Rabbit Wild and his Rabbit Scatter friend who leads to the Free Spins Bonus Round if the player locates 3 or more across the reels.

Players who don’t want to bet the maximum amount of 150.00 need to be aware that these are set automatically as soon as the game loads. However the betting range can easily be altered to reflect the player’s budget by using the buttons on the Control Panel at the bottom of the screen.

There is no real challenge to the Jumpin’ Rabbit slots game but its comic book feel and the entertainment that it provides has proven appealing to players from around the globe since its release in April 2014. 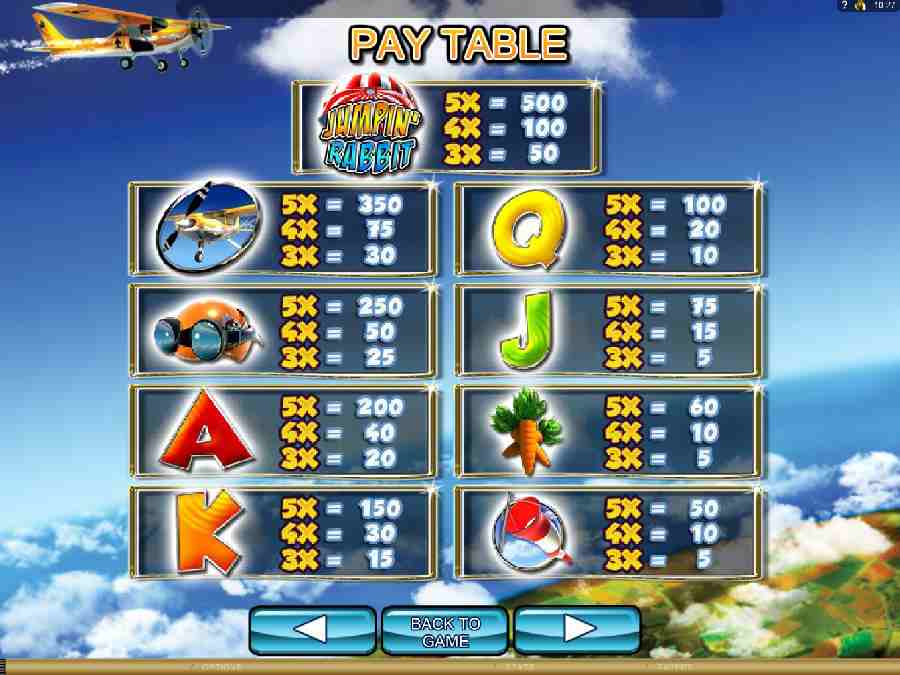 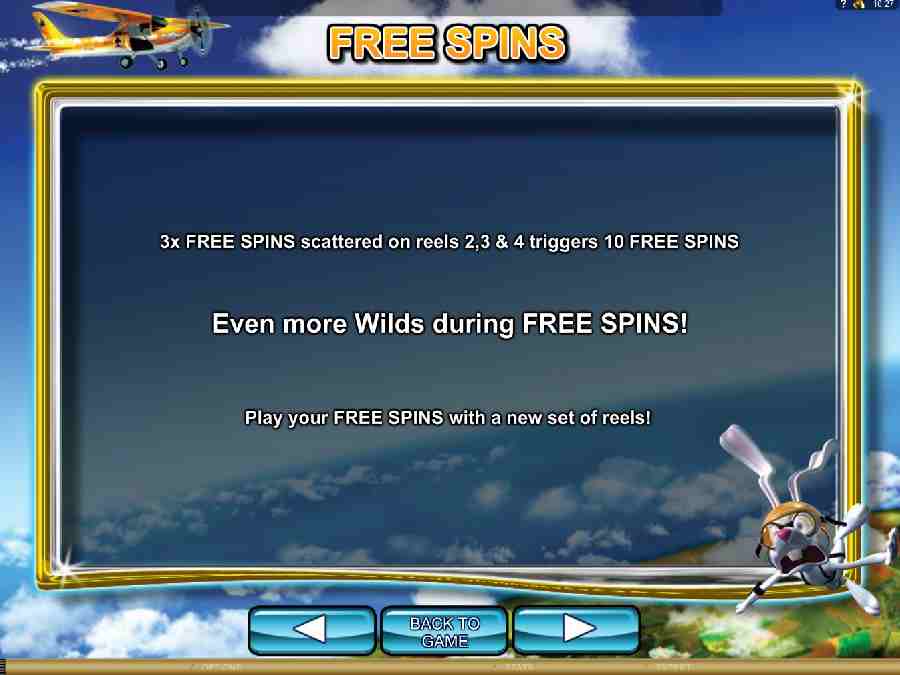 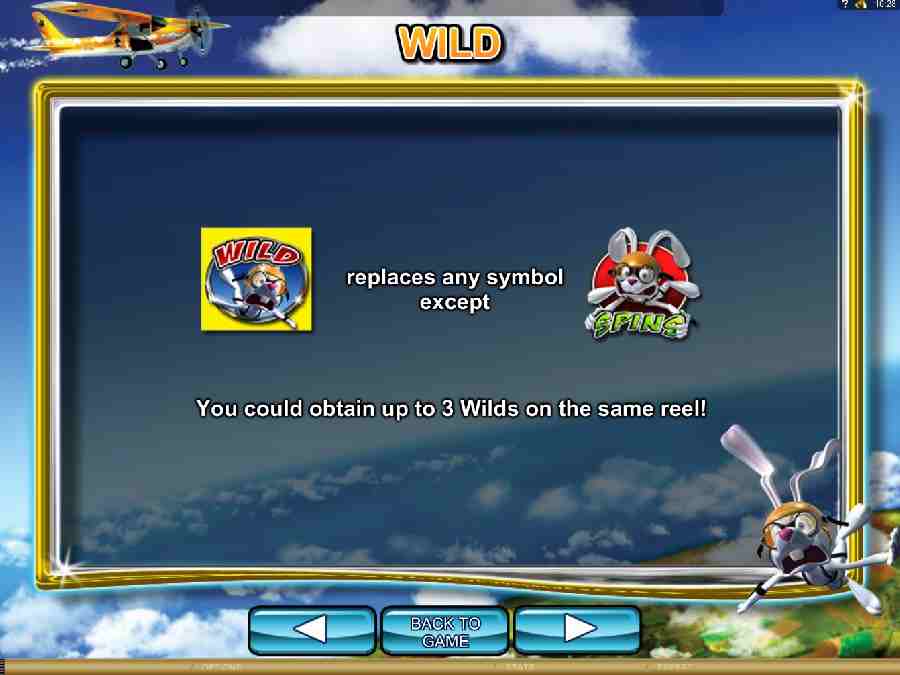 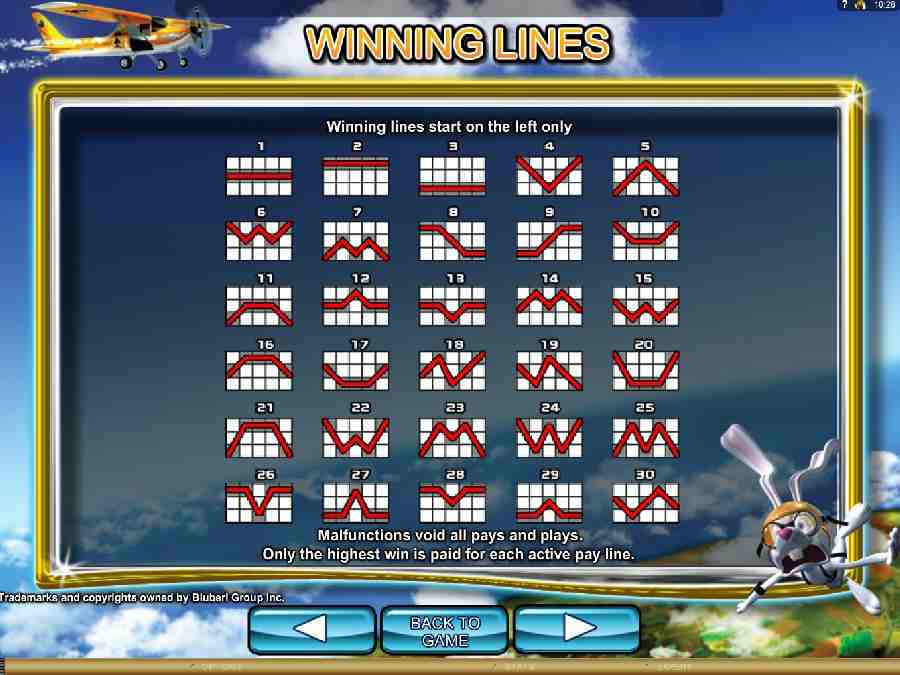 Jumpin’ Rabbit is a non progressive, 5 reel, 30 payline, video slot machine from microgaming. it has a Cartoon, Fantasy theme and the game features, Scatter, Stacked Wilds, free spins bonus, with a maximum jackpot win of $N/A