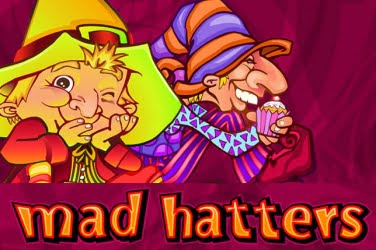 Based upon the Mad Hatter’s Tea Party from the book Alice in Wonderland, this Microgaming creation has been launched in many of their online casinos. It is a 5 reel game, which has 30 winning pay lines for players to choose from.

The Mad Hatters slots game is of an old-fashioned design with the 5 reels taking over the full screen. However, the graphics that have been used are bold and colorful and give the game a cartoony feel. There are also tunes that are played in the background of the game which is in keeping with the theme.

As you would expect from a tea party, the symbols used in the Mad Hatters slots game depict various party foods. Players can find a Cup of Tea, a Teapot with Sugar Bowl, a Slice of Chocolate Cake, Scoops of Ice-Cream, and Cream Topped Cupcakes.

It is the 3 Mad Hatters themselves who are the main characters of this Microgaming release. They can be found stacked upon the reels of the Mad Hatters slots game and provide players with larger pay-out amounts.

A Mad Red Top Hat is the symbol for the Wild in the Mad Hatters slots game, and there are two Scatters to be found during gameplay. The first is a Cuckoo Clock, the second a Bunny in a Top Hat.

The coins sizes that are used in the Mad Hatters slots game are small in comparison to other Microgaming online casino games. They only range from $0.01 to $0.10, which makes this game popular with beginners and high rollers.

When the Mad Red Top Hat appears on the reels of the Mad Hatters slots game, they can change symbols other than the Scatters. This means that they can help to create more of the 30 winning paylines that the game has to offer.

Yet it is through the 2 Scatter symbols that a player can increase their winnings even further. The Cuckoo Clock activates a Bonus Mini Game for the player to enjoy should 3 of them appear during a spin. Here the player can choose one of the symbols on a second screen to receive a random pay-out amount. The highest of these amounts is an impressive 11,100 coins to be added the player’s winnings.

The second Scatter in the Mad Hatters slots game is a Bunny in a Top Hat. When 3 or more of these are spun the player is awarded Free Spins. The amount of Free Spins given depends on the amount of Scatters that were revealed. They are 10x, 20x, and 25x respectively.

At this point, the players must choose between the 3 main Mad Hatters of the game. Should their choice appear on the 3rd reel of the game during the Free Spin Bonus Round then they act as an expanding Wild to create even more winning paylines.

During the Free Spin Bonus Round players can also expect to receive a 2x Multiplier on their winnings at this point in the Mad Hatters slots game.

( Now available on mobile version ) Appealing to low rollers and beginners to the world of Microgaming online casinos, the Mad Hatters slots game only uses coin sizes from $0.01 to $0.10. Up to a maximum of 300 coins can be wagered upon any of the 30 winning paylines that this 5 reel game boasts.

Winning paylines are created when the reels of the Mad Hatters slots game are spun, awarding the player with a set jackpot amount. These can be added to further when the Mad Red Top Hat Wild appears on the reels. Changing other symbols to increase the player’s final winnings.

Players can benefit further when either of the 2 Scatters is revealed during gameplay. The Cuckoo Clock activates a second Bonus Mini Game, while the Bunny in a Top Hat awards Free Spins. In either of these Bonus Rounds, a player can take advantage of the additional prizes that are available in the Mad Hatters slots game.

With quirky characters and an array of foods, anyone who enjoys a tea party can find the Mad Hatters slots game appealing.

– Give Mad Hatters a free spin here or visit microgaming casinos and play for real money. 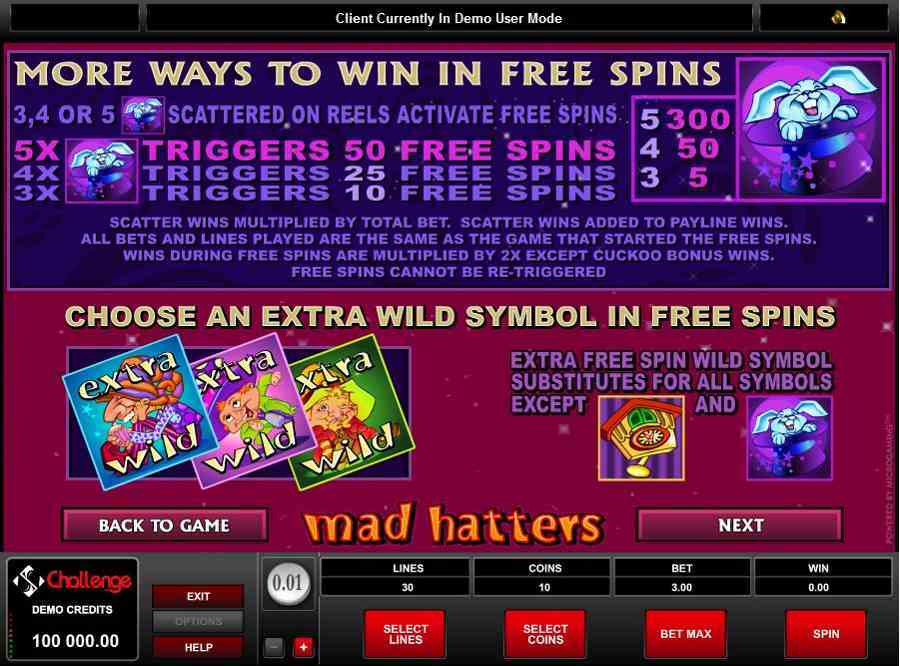 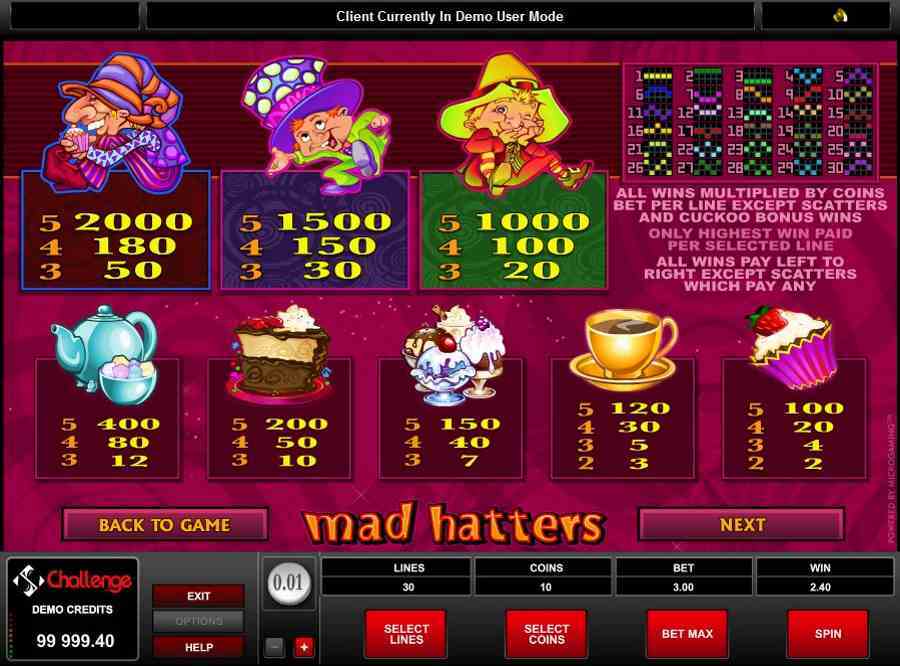 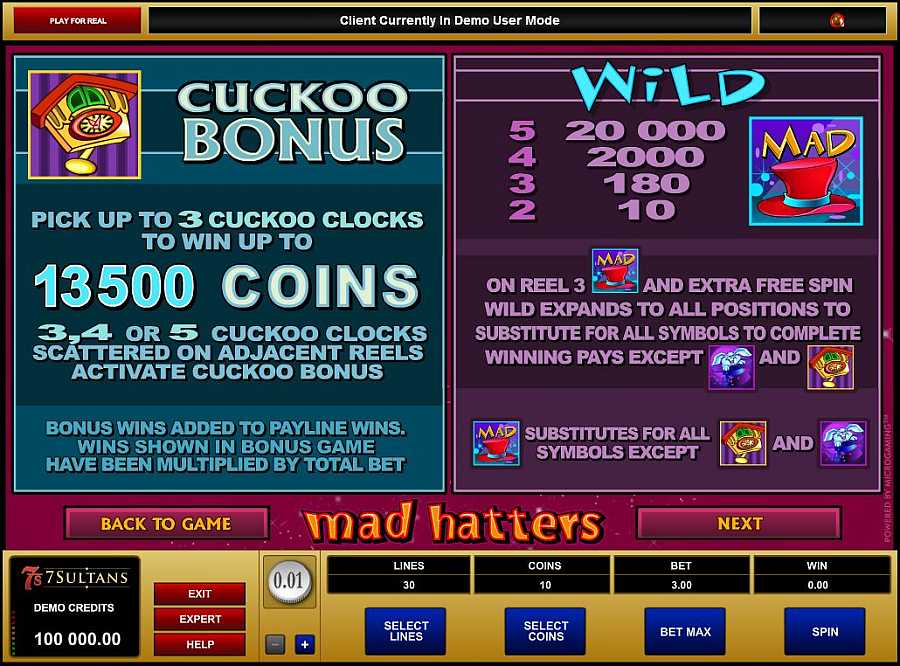 Mad Hatters is a non-progressive 5 reel 30 pay-line video slot machine game from Microgaming, it has a Storytime theme, and comes with a wild symbol, scatters symbol, multiplier, free spins and has a maximum jackpot win of $50,000