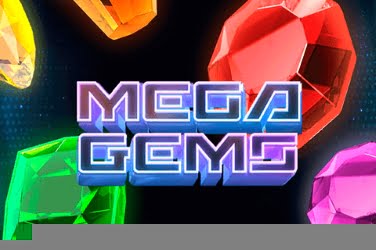 The Mega Gems slots game is a further release from Betsoft and can be found in many of their online casinos. There are several slot games available that are themed around wealth and riches and this particular one uses Gems in their design.

Players will find the 5 reels of the Mega Gems slots game nestled between blue neon lights. Alongside the electronic soundtrack which plays in the background, there is a Sci-Fi atmosphere to be enjoyed during the game.

All the symbols used in the Mega Gems slots game are different types of colored Gems. There are 7 to be found in total and include a Blue Sapphire, a Red Ruby, a Green Emerald, a Purple Amethyst, and a Yellow Citrine.

A Multi-Colored Hexagon is a Wild symbol in the Mega Gems slots game, as well as a “Jackpot” Bonus icon.

When the player creates one of the winning combinations which are on offer in Mega Gems slots the symbols become animated. At this point in the game, the Gems will explode in color across the reels to add to the thrill of a win.

Surprisingly there are few features included in the Mega Gems slots game, the main one being activated with the games Wild symbol. The Wild is shown by a Multi-Colored Hexagon which can appear on the 2nd, 3rd and 4th reels of the game. Players are then awarded the Bonus Features to help create more winning combinations to be included in the final payout figure.

The first thing that occurs when the Wild symbols are spun during the Mega Gems slots game they expand to fill the reel. Then players are given 1 Free Spin, during which the Wild remains frozen. It is also possible for the Free Spins to be re-triggered to increase the chances of spinning one of the 10 winning paylines even further.

There is a Progressive Jackpot to be won in the game of Mega Gems slots. However, the player does need to locate the “Jackpot” symbol on the 2nd, 3rd, and 4th reels and for them to be stacked to cover the screen completely. Then the Jackpot sum which has been gathering throughout the game will be added to the player’s pay-out balance.

Some players may be disappointed with the lack of Features in the Mega Gems slots game. As there is no Multiplier, Scatter, or Mini-Games to add to the experience of the game it can prove rather basic to regulars to Betsoft online casinos.

Betting ranges are kept low in the Mega Gems slots game, which will prove appealing to low rollers. Coins begin at $0.02 and rise to just $0.50 and there is also a maximum coin allowance of 10 on each of the 10 winning paylines.

Players can then set the 5 reels of the game to spin and remain interactive with the Betsoft software. Alternatively, Auto-Play is available if using the Expert Mode feature which is included in the Mega Gems slots game whereby the reels will spin automatically until the set amount is reached.

Regulars and high rollers to the world of online casinos may not find the Mega Gems slots game appealing. This is due to the lack of features on offer in this release from Betsoft. However, its basic layout and gameplay can be popular with beginners and those who prefer to be able to concentrate on the main base play without lots of additional distractions.

It is the Multi-Colored Hexagon Wild which provides players with more opportunities to add to their winnings. When they are located on the 2nd, 3rd, and 4th reels it will not only Expand but also award the player with 1x Free Spin. As this Bonus Feature can be re-triggered at any point during the Mega Gems slots game players can see their cash balance increase considerably.

The 3D graphics which have been used in the design of the Mega Gems slots game have a classic Sci-Fi feel. But when the symbols are used in a winning combination they become animated with an explosion of color across the screen.

There is also the chance for players to cash in the Progressive Jackpot during the game of Mega Gems slots. Although it doesn’t pay out large amounts, it can aid the player to increase their final winning amount.

Players who enjoy a basic game with the added bonus of the Expanding Wild with Free Spins and a Progressive Jackpot can take advantage of what there is to offer in the Mega Gems slots game. 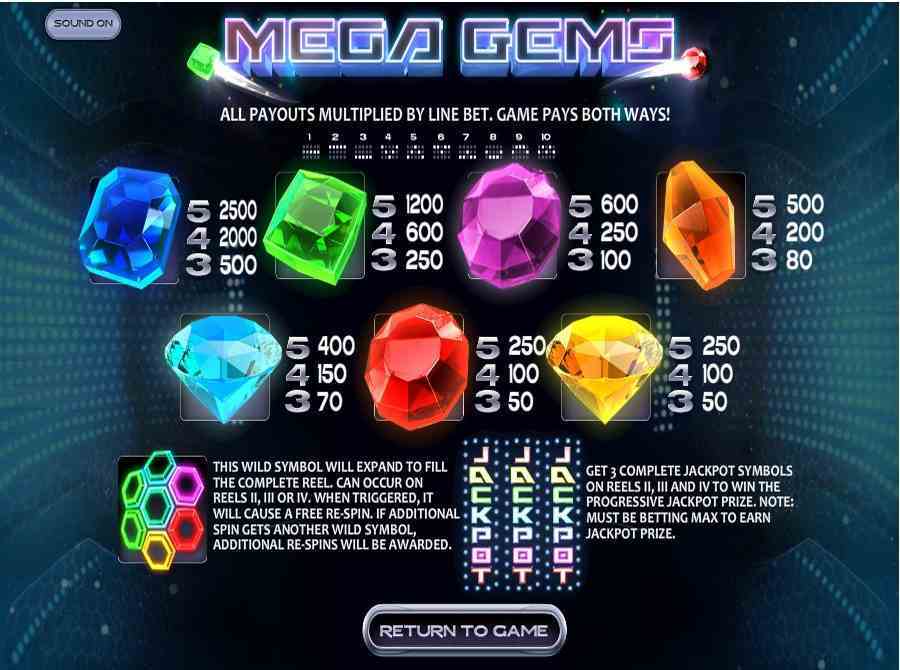 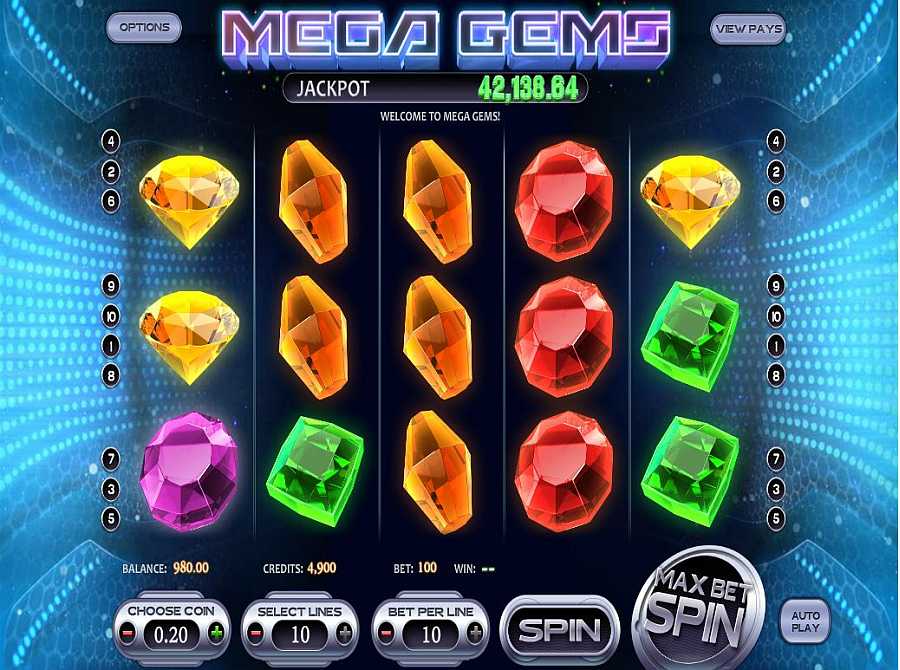 Mega Gems is a non-progressive 5 reel 10 pay-line 3D video slot machine game from betsoft, it has a gems theme, and comes with a wild Symbol, scatter symbol, free spins and has a maximum jackpot win of $25000