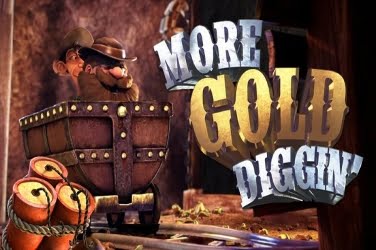 The Gold Diggin slots game is one of many that can be found in online casinos with a Mining theme. It was released by Betsoft in March 2014 and the designers have used high quality 3D graphics in its creation. Along with appropriate sound effects playing in the background there is plenty for players to enjoy as they take in the atmosphere.

Players can find the two characters Jeb and Cletus on either side of the 5 reels, which are set within some wooden mining equipment. Their symbols are also used as symbols in the main base game as they embark on their journey to discover as many treasures as they can from the mine.

The other symbols which are located during the game of Gold Diggin slots are depicted as the treasures which Jeb and Cletus are hunting for. They include Rubies, Jade, Oil, Copper, Gold, Silver and a Diamond. It is also the Diamond which provides one of the higher pay out amounts at 12,500 credits should 5 of the symbols be spun.

Bonus symbols are shown as a Barrel of TNT as the Scatter, and 3 Sticks of Dynamite as its Wild in Gold Diggin slots.

There are various Bonus Features included in the Gold Diggin slots game. The first of these is provided by the Sticks of Dynamite Wild symbol. Should they be revealed during the game then they are able to change any other symbol, including the Scatter. This feature can then give players the opportunity to create more of the 25 winning paylines that the game provides.

Every time that a player generates a winning spin, the symbols included in the combination will explode across the screen. They will then fall to create further spaces for other symbols to fill in the hope of another winning line. This Exploding Symbol feature also provides players with a Multiplier. These begin at 1x the player’s winnings and increase with each win up to 5x the original wagered amount.

A Barrel of TNT is used as the Scatter symbol in the Gold Diggin slots game and appear on the 1st, 2nd, and 3rd reel. When 3 are found then the Free Spins Bonus Round is activated. 10 spins are given to the player, which can be re-triggered at any point in the game.

During the Free Spins Bonus Round players can still take advantage of the Exploding Symbols Feature that is included in the Gold Diggin slots game. However, the Multipliers are higher and will begin at 3x, rising up to 15x on the final winning spin.

Gold Diggin slots also has a Gamble feature which can be taking advantage of at the end of gameplay. Here players are taken to Daisy the Dealer on a 2nd screen. At this point in the game Daisy will deal 1 card face-up, with 4 more shown face-down. The player needs to select a card which is higher in value to see their final winning amount become doubled. However if they are incorrect, players will lose everything that they have earned so far.

Players can place up to 5 coins on any of the 25 winning paylines that are found in the Gold Diggin slots game. By using coin sizes ranging from $0.02 to $1.00 players of any level can enjoy this offering from Betsoft online casinos. Since its release in March 2014 it has proven popular with both high and low rollers who want to take advantage of all the Bonus Features that the game provides.

During the game of Gold Diggin slots players will find Wilds, Scatters, Free Spins and Multipliers across its 5 reels. All of these additional features can aid players in creating more winning combinations to be including in the final pay out figure.

As with many Betsoft online casinos games the Gold Diggin slots game can be played in Expert Mode. This means that players can activate the Auto-Play option which is included in the game. The 5 reels can be set to spin automatically should the player wish to be less interactive with the game. However with all the fun features available many players prefer to watch as the reels spin.

Players can enjoy their journey through the mine with Jeb and Cletus while taking advantage of the features on offer. Experiencing the atmosphere created by the animated 3D graphics and appealing soundtrack which can be found in the Gold Diggin slots game. 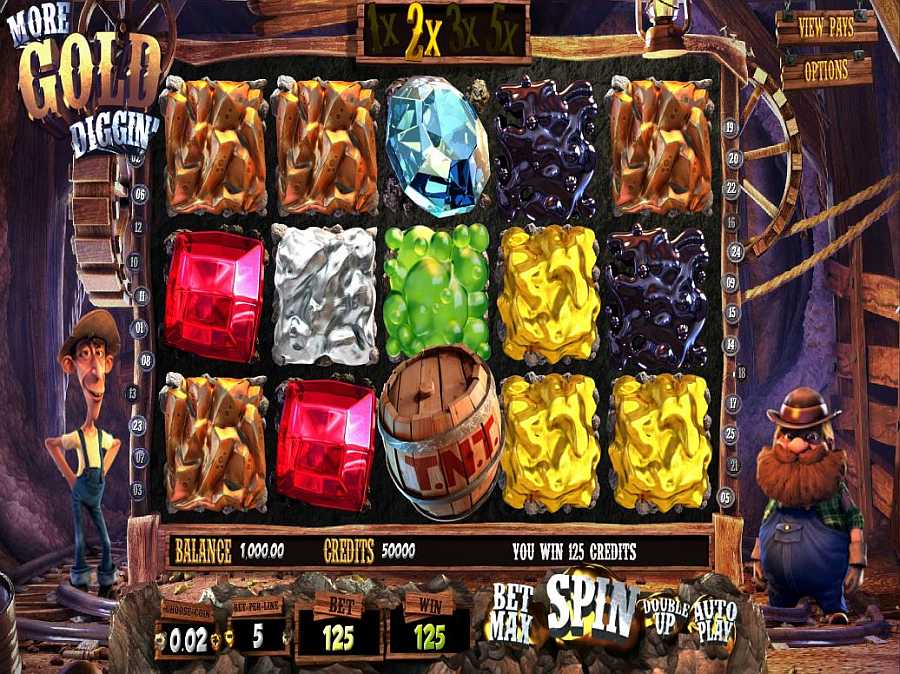 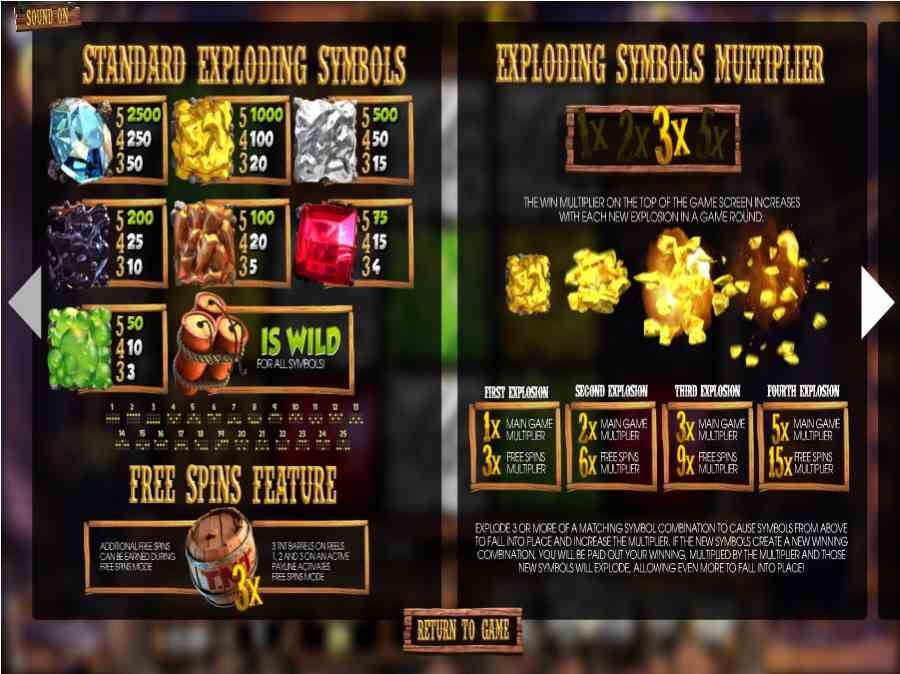 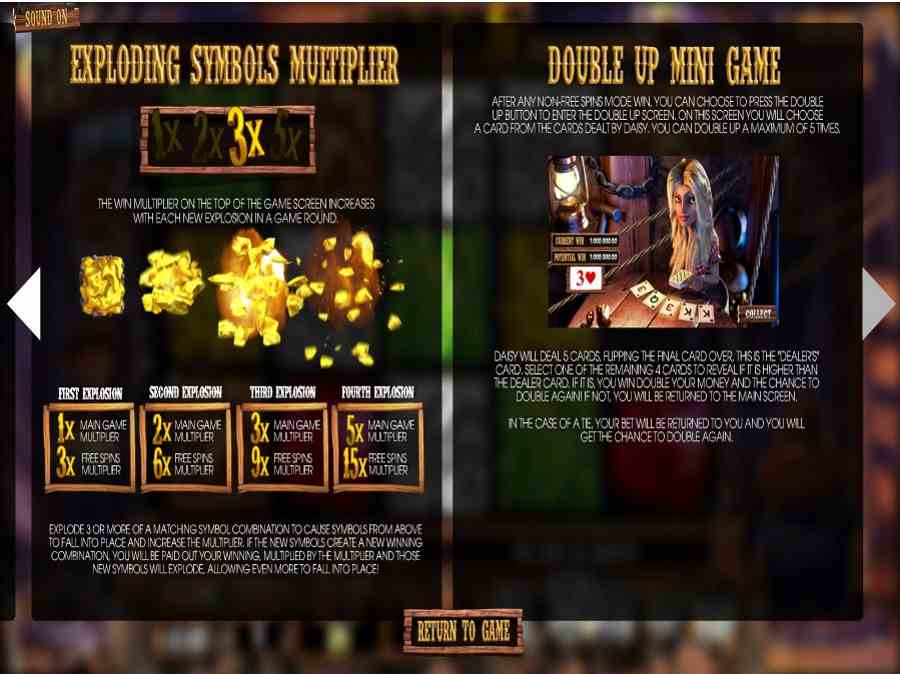 More Gold Diggin is a non-progressive 5 reel 25 pay-line 3D video slot machine game from betsoft, it has a mining theme, and comes with a wild Symbol, scatter symbol, free spin and has a maximum jackpot win of $2500