Out of This World Slots Review 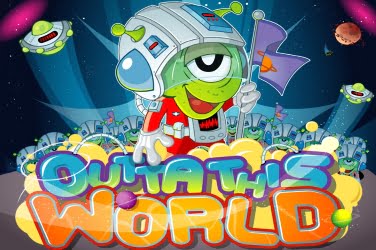 There are various games that are themed around Aliens and Outer Space, and the Out of This World slots game is no exception. Created by Betsoft, this game has only a basic play mode which some may not find appealing. However, the cartoony 3D graphics do add to the fun of the game. Especially when they become animated should they be included in one of the 9 winning pay lines which are available in this 5 reels online casino offering from Betsoft.

The 5 reels of the Out of This World slots game are set within Outer Space as if seen from an Alien aircraft. A vision of the Earth can be seen at the bottom of the screen along with the numerous buttons required for gameplay.

An Alien element is given to the game of Out of This World slots and two of the main symbols depict this. Players can find both a Pink and a Green Alien among the 5 reels of the game along with numerous other symbols. These include a UFO, and the planet Saturn. Also, players will be able to locate the 10 through to Ace icons which are often found in online casino games.

Out of This World Slot Features

Players of the Out of This World slots game will be disappointed if they are looking for numerous features. Unusually for Betsoft, this particular creation offers no Wild symbol or a Progressive Jackpot as with others that they have released.

There is also no Scatter symbol, Free Spins or Multipliers to be found in the Out of This World slots game. However, there is one Mini-Game which players can take advantage of to increase their final winning amount.

The only feature which players can enjoy in the game of Out of This World slots is activated when 3 or more UFO symbols appear across the 5 reels. At this point of the game, a second screen will appear. Players are then asked to fire a red laser to shoot down the UFO’s to reveal various cash prizes. All amounts are then added to the final jackpot amount.

This element of the Out of This World slots game will continue once activated until the Pink Alien symbol appears upon the screen. However, this Bonus Feature can be re-triggered at any point during the game, providing players with plenty of chances to increase their winning payout figure.

Out of This World Game Play

Beginners to the world of online casinos can enjoy this offering from Betsoft. A feature of its creation has been that the coin sizes have been kept at a low amount, ranging from just $0.02 to $1.00. There is also a maximum of 5 coins allowed on each of the 9 winning paylines which the Out of This World slots game provides.

As there are few Bonus Features included in the Out of This World slots game, players need to look for the UFO symbol once the 5 reels spin. Should 3 or more of these appear then the player can enjoy the only Bonus Feature that the game has to offer. This is in the form of a “Shoot Out” game during which players can add to their cash balance until the Pink Alien symbol is located.

Even though Out of This World is rather a basic game, nothing can take away its fun design. It has been created with a cartoony colorful scheme which can be enjoyed with the funky music and sound effects that plays in the background.

Out of This World, slots can also be played in Expert Mode. This means that players can activate Auto-Play should they wish to be less interactive with the game. The 5 reels of the game can then be set to spin for a certain amount of times, which the player can choose themselves. Alternatively, they can set the game to run automatically until their maximum set wager is met.

The Out of This World slots game may not prove appealing to regulars to the Betsoft online casinos, neither too high rollers or those who prefer a more thrilling gameplay. However, it is proving popular with low rollers and beginners. Those who enjoy a slower pace of the game which enables them to have some fun with Aliens while they watch their jackpot amount increase. 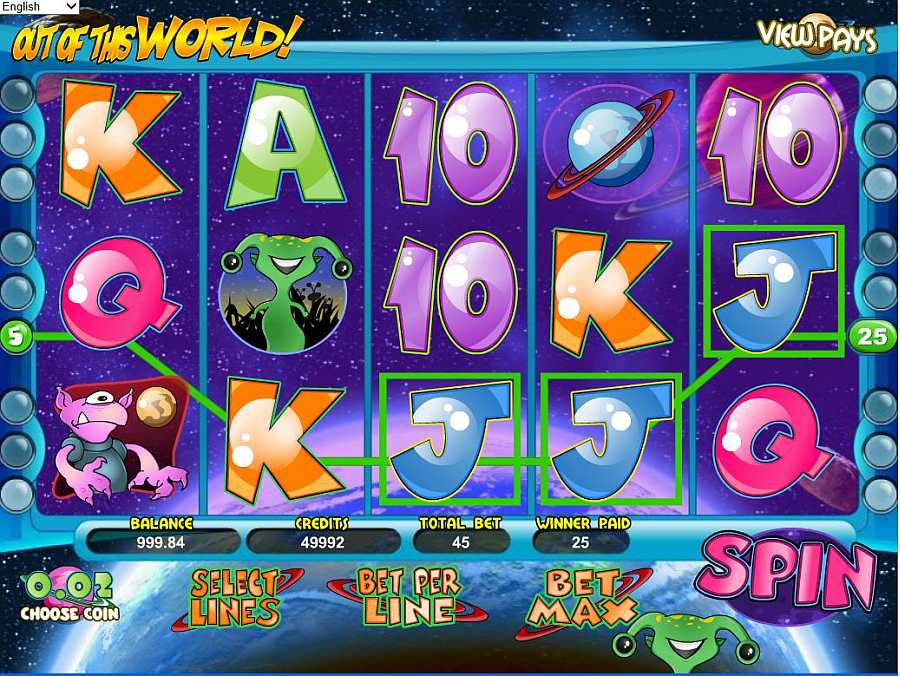 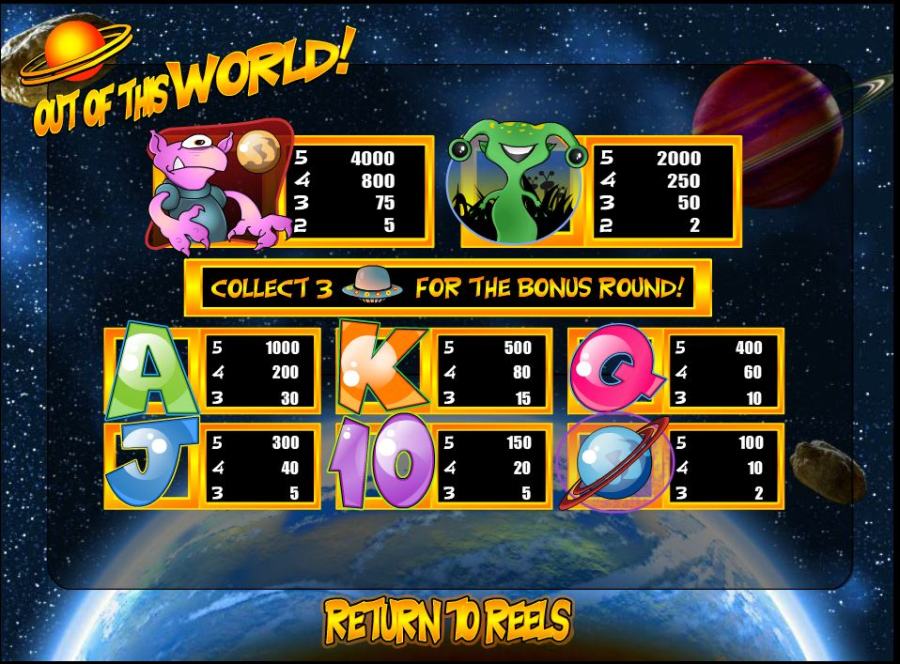 Out of This World is a non-progressive 5 reel 9 payline 3D video slot machine game from Betsoft, it has a alien theme, and has maximum jackpot win of $20,000