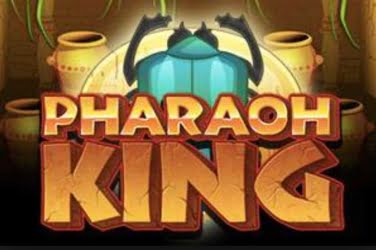 The symbols used in the Pharaoh King slots game are all in keeping with the Egyptian theme. Players can find a Scarab Beetle, Pyramids, Urns, and Hieroglyphics. Along with these are the bright and colorful 10 through to Ace symbols which are found in many Betsoft online casino games.

There is also a Wild symbol to be found across the 5 reels of the Pharaoh King slots game. It is depicted as a “Wild” icon with animated flaming torches on either side. The Pyramid doubles as the Scatter symbol, and there are 3 different colored Keys to be found upon the reels of this Betsoft online casino game.

There is a Progressive Jackpot to be found in the Pharaoh King slots game. Players can watch as the balance increases, with the hope of landing 5 Scarab Beetle symbols to be able to cash in. However players do need to be betting the maximum amount on all the 20 winning paylines that the game has to offer.

A “Wild” symbol is used in the game of Pharaoh King slots. It is able to change any symbol other than the Scatter. This can help players to create more winning combinations with the cash amounts being added to their final jackpot figure.

The Scatter in the Pharaoh King slots game is depicted as a Pyramid and only two are needed to be spun for players to receive a cash prize. Low rollers will appreciate this element to the game as there is also no need to have all 20 winning paylines active to benefit from this Bonus Feature.

Should players be lucky enough to spin and reveal 5 of the Pyramid Scatter symbols however they will be rewarded with the highest jackpot amount of 10,000 coins. This can increase the final pay out figure for the player substantially when they are ready to cash out.

An additional feature to the Pharaoh King slots game comes with the player’s quest to collect keys. There are 3 in total, in colors of Red, Blue and Green. When one is spun across the 5 reels of the game the player will see it saved at the top of the screen. Once all 3 are found then a 2nd screen will appear. At this point in the game the player will be shown 6 Urn symbols which they can choose from to reveal a random cash prize. This Bonus Round will continue until the “Collect” symbol appears which will then return them to the base game.

Coin sizes in the Pharaoh King slots game range from $0.02 to just $1.00. There is also a set limit of a maximum 5 coins to be placed on any of the 20 winning paylines that the game provides.

This makes this Betsoft release popular with low rollers and its simple game play is ideal for beginners to the world of online casinos. Yet it is the Progressive Jackpot which entices the high rollers and those who wish to maximize their final pay out amount.

Once the 5 reels of the Pharaoh King slots game are set to spin players have various opportunities to increase their winnings. There is the “Wild” symbol which can change other icons to create more winning combinations, and also a Pyramid Scatter for players to take advantage of.

Yet is the quest to uncover the 3 different colored keys which makes the Pharaoh King slots game so popular. When these are found a Mini-Game is activated on a 2nd screen whereby players have the chance to increase their cash jackpot amount until the “Collect” symbol is found.

Players are also able to take advantage of the Auto-Play feature with the Pharaoh King slots game. This is accessed when playing the game in Expert Mode and means that the player can set the reels to spin automatically. Once the feature is activated it will continue until the reels have spun for the allocated amount of times, or until the maximum wagered amount is met.

Although some regulars gamers may consider the Pharaoh King slots game to be rather basic, the additional Bonus Feature has made it popular with low rollers and beginners. 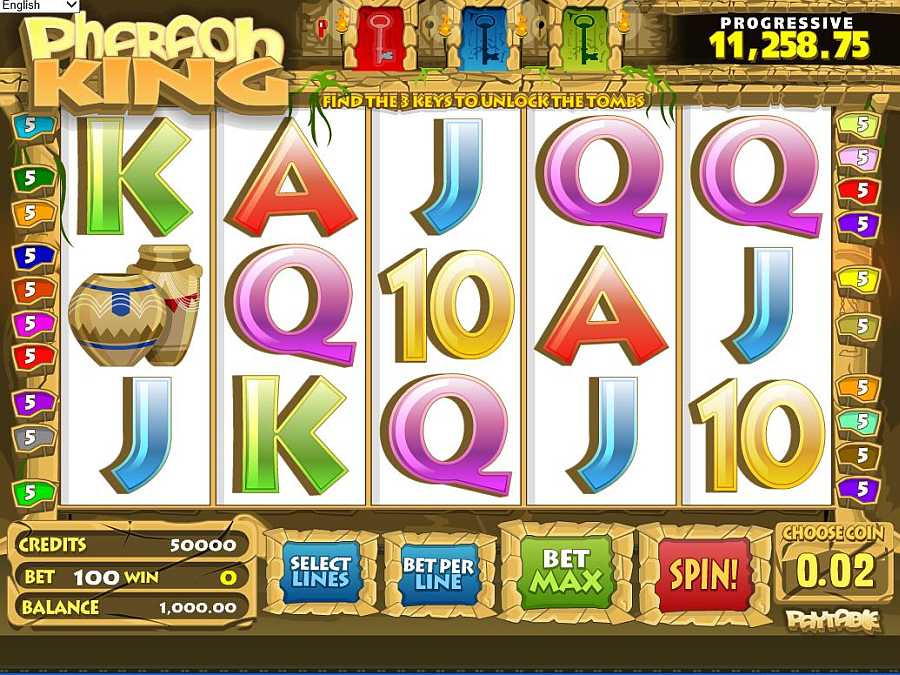 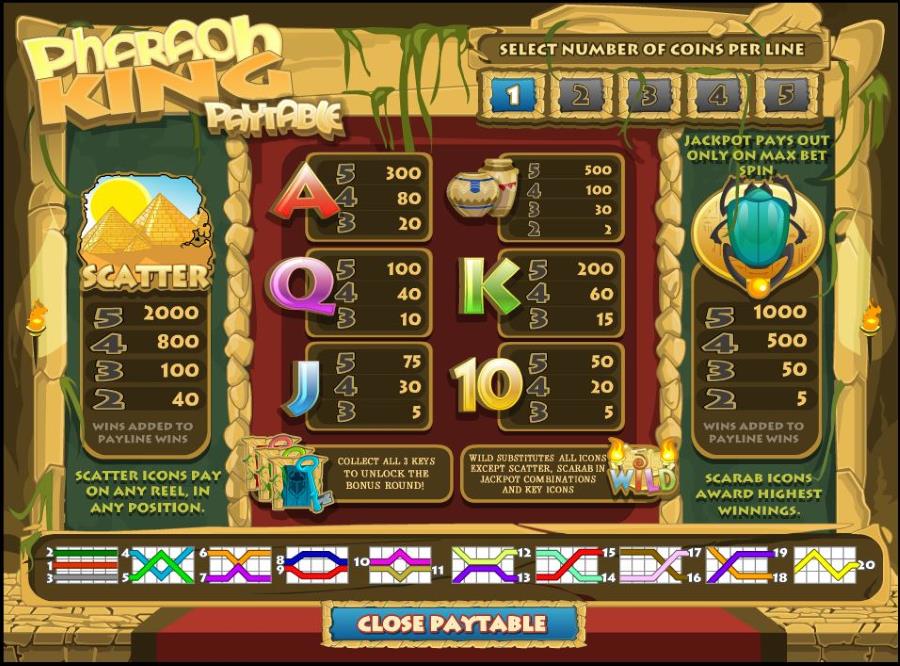 Pharaoh King is a progressive 5 reel 9 pay-line video slot machine game from Betsoft, it has a Egyptian theme, and comes with a wild Symbol, scatter symbol, and has a maximum jackpot win of $10.000