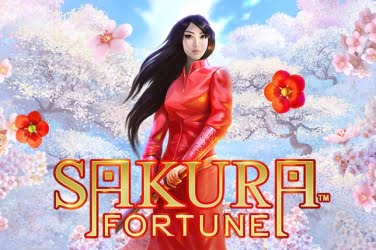 Quickspin have used an Oriental theme with this latest slots release. Telling the tale of a Japanese Princess who is on a quest to find untold treasure while doing battle against evil warriors. Detailed graphics have been used throughout and their stunning appearance adds to the elegant feel of the game.

The 5 reels are set within a solid black frame which sits on the forefront of a brick-edged lily pond with cherry blossoms surrounded it. An Eastern style of music plays in the background during the game and there are apt sound effects when a winning combination is found.

Quickspin’s 3rd online slots game for 2017  hit the casinos in April 2017 and since then it has become popular with both high and low rollers. Easily access via a Desktop, Tablet and Mobile device players can join the Princess on her journey while collecting treasures of their own.

Players will see that the 4 differently colored traditional Coins give a small pay out when they form a winning combination. Two beautiful ornaments of a Jade Lion and a Gold Dragon are additional symbols in the game.

Then there are 3 characters from the tale who are also depicted as symbols during play. There is an Elderly Man, a Lady, and a Warrior and they can all be found across the screen as the reels spin.

Wild – a Japanese Princess is the Wild symbol and she provides various Bonus Features throughout the game as its main character. She can be seen wearing a long red dress while her black hair flows out behind her. But don’t be deceived by her beauty as she can still be seen clutching the sword tied at her waist. Ready to do battle and defeat the warriors who are trying to stand in her way.

The Princess Wild can only be found on the 2nd, 3rd, and 4th reels and can substitute for any of the Basic Symbols in the base game. However there is the chance of this symbol appearing “stacked” which means that the whole reel could become Wild to offer further chances of a win to be added to the players initial wager.

Scatter – this is a red and gold Hand Fan Bonus symbol and when 3 or more appear on the reels a Bonus Feature is activated for players to enjoy.

Free Spins – this element of the game will come into play if at least 3 Hand Fan “Bonus” Scatter symbols land upon the reels. Now the player is rewarded with 7x Free Spins which can be used with the chance to create more wins to be added to their original stake.

In an extra twist if a Wild is spun during this Bonus Round a further 1x Free Spin is given while the symbol expands to fill the reel. It means that more winning combinations can be found and although this element of the game can’t be re-triggered there are still plenty of opportunities for players to add to their jackpot.

Re-Spins Feature – the player must spin 2x fully stacked Wild symbols for this Bonus Round to be rewarded. While these symbols “freeze” in place additional Re-Spins can be enjoyed with more options to win. Although this Feature may be hard to trigger initially the Round will continue as long as Wild symbols are being spun.

Mystery Nudge – if 2x Princess Wild symbols land at any point during the game this Feature may come into play. It may not happen often but it can lead to a fully “stacked” Wild reel and the chance to trigger the Re-Spins Feature.

The first thing that players must do before they can set the 5 reels to spin they must decide how much to wager on the 40 structured pay lines. To ensure that this slots release can be enjoyed by players with any budget the Quickspin designers have set the betting to range from 0.20 to 80.00. So both high and low rollers can take advantage of all that is on offer in this 2017 release.

Players can find the beautiful Princess Wild symbol on the central reels and this can become both “stacked” and “frozen” when included in the base game and Bonus Features. And although there are only 7x Free Spins available the Re-Spin and Mystery Nudge Features add extra thrills to the game.

This is a highly volatile slots game so players may need to keep an eye on their budget, but with a RTP of 95.58% the Sakura Fortune slots game is sure to be a hit with those who enjoy its Oriental theme.

–  Give Sakura Fortune a free spin here or visit Quickspin Casinos to play for real money. 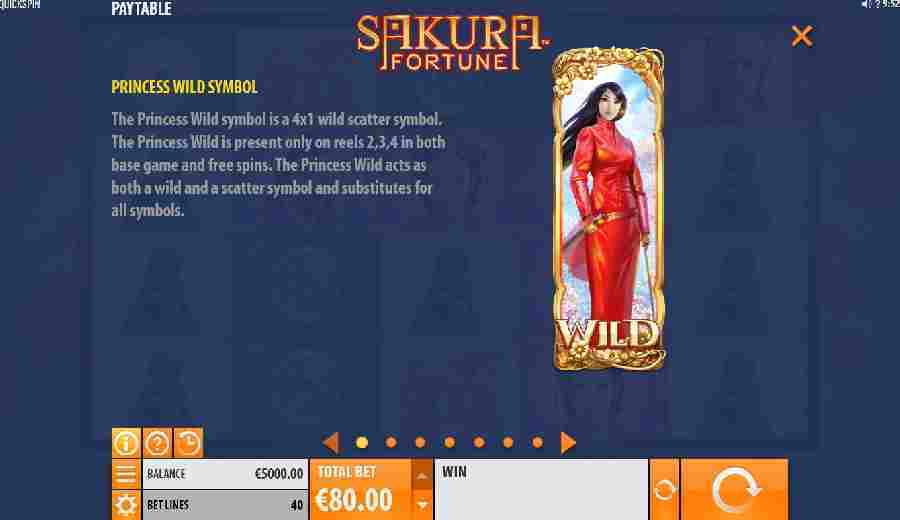 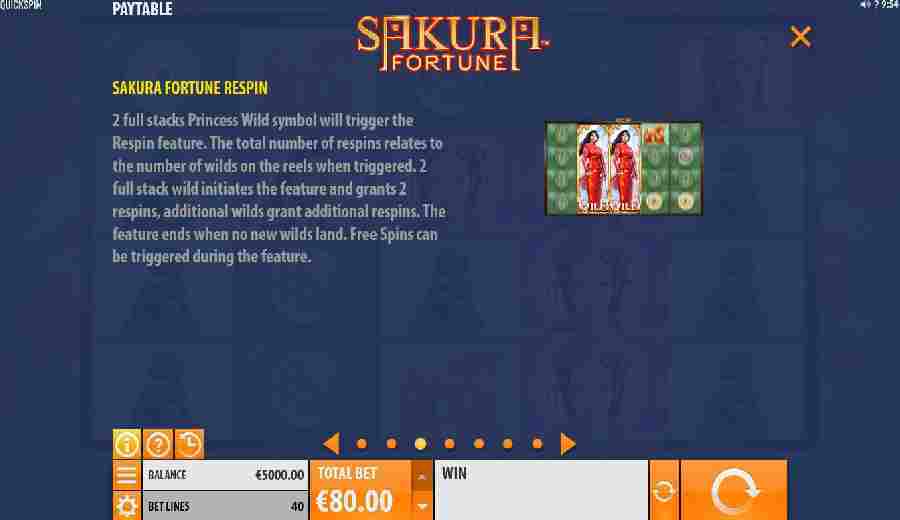 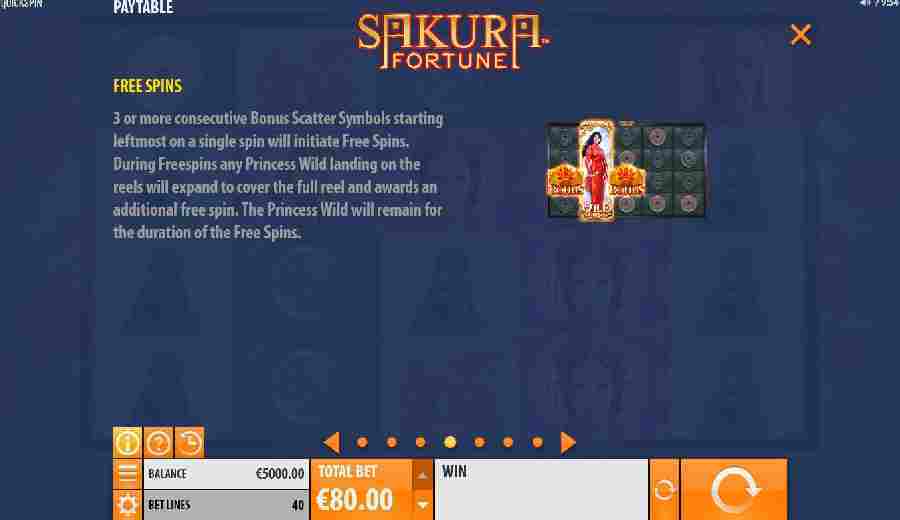 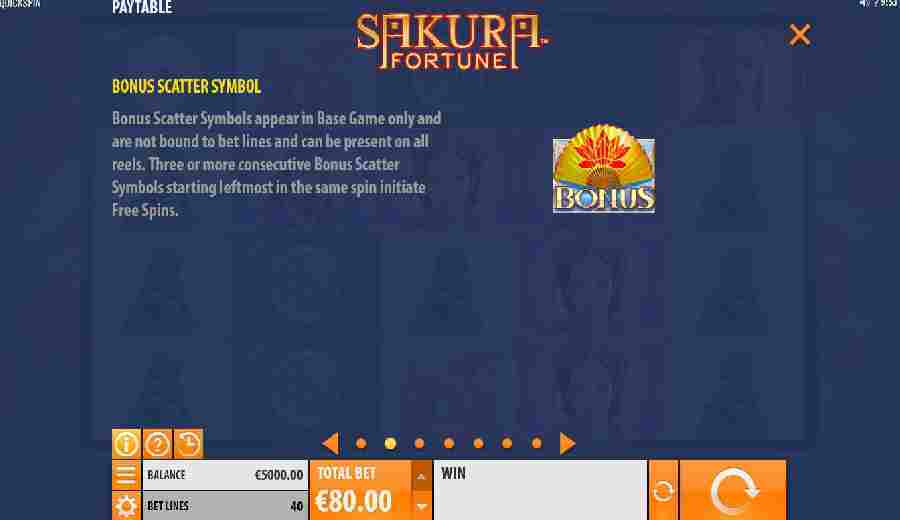 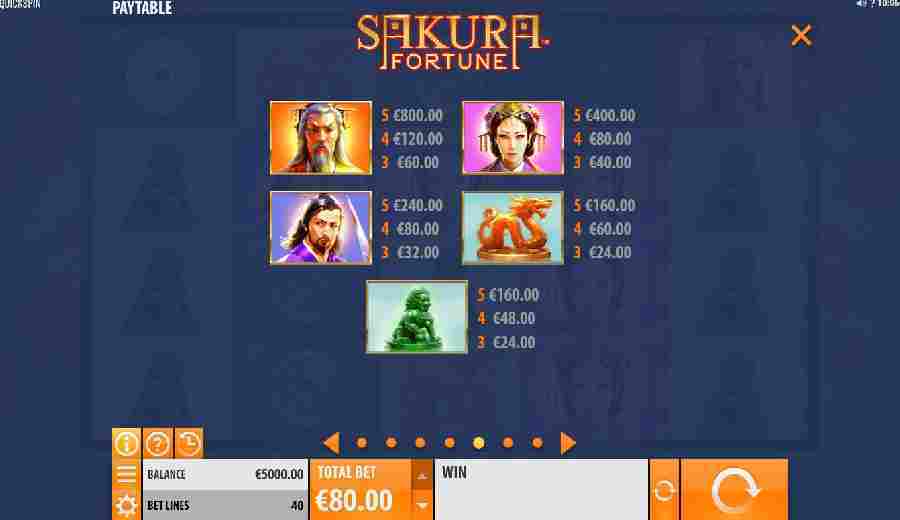 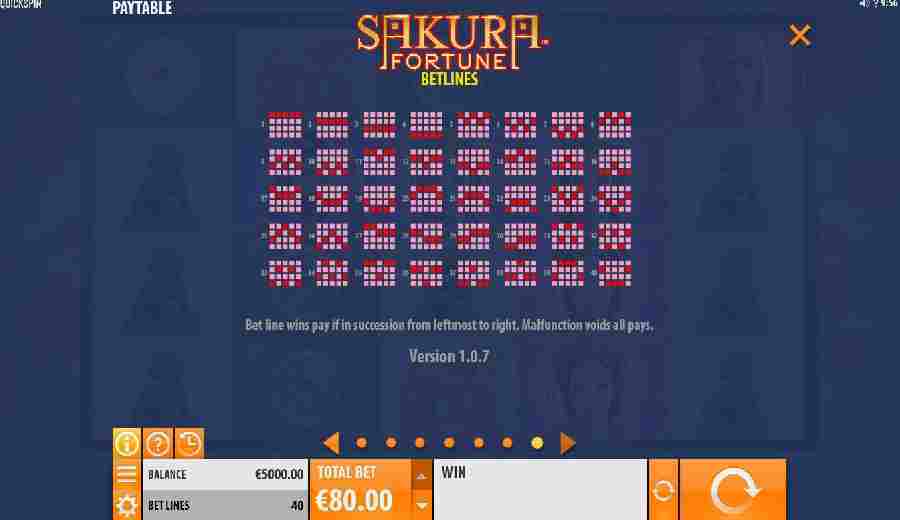