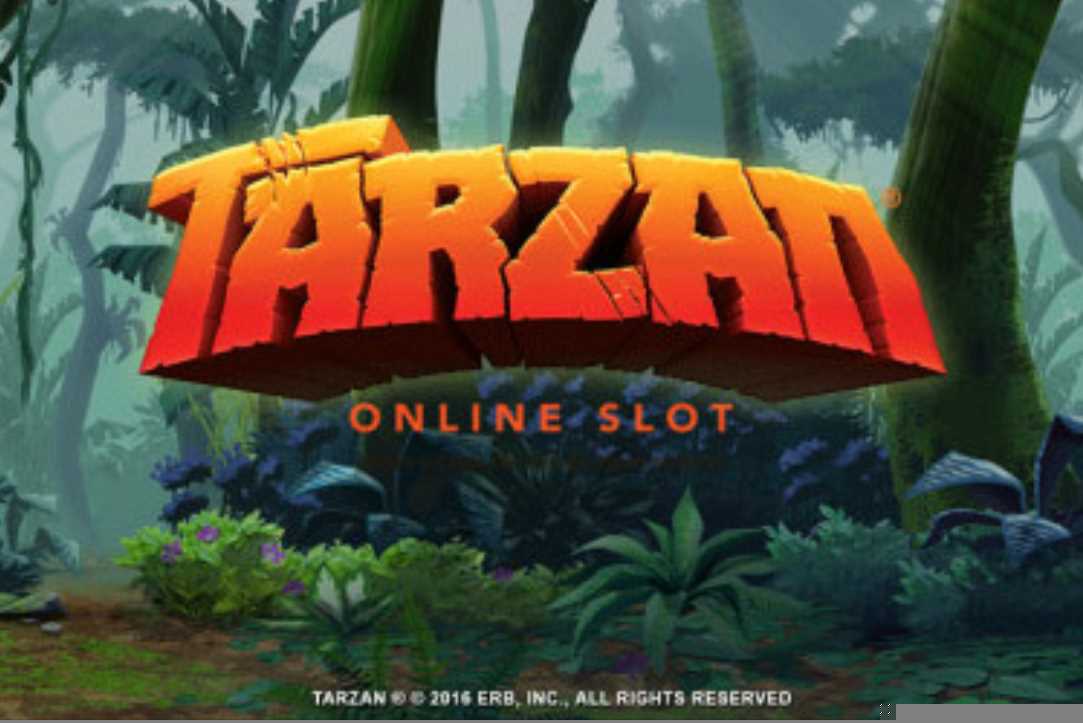 Aah-eeh-ah-eeh-aaaaaah-eeh-ah-eeh-aaaaah! despite his muscular appearance and how tough Tarzan appears beating his strong chest he shows a softer side as an animated butterfly randomly lands on his finger while he stands to the left of the games 5 reels. These quality graphics continue throughout the games design and offers 40 winning paylines for any player who fancies a rumble in the jungle.

Edgar Rice Burroughs first created this character in 1912 but players may well think they are visiting scenes from the 1999 Disney film. It has a cartoony feel and bright bold colors have been used and players can swing through the vines as they spin the reels to hopefully land a winning combination.

In December players can access this fun slots game on Desktop, Tablet and all Mobile platforms so it can easily be enjoyed wherever they may be. And with Rolling Reels, Growing Wilds and a Bonus Wheel that emerges from the undergrowth players have plenty of opportunities to add to their initial wager.

Also offering a Pick-a-Potamus bonus feature where they can visit a watering hole to claim a random prize there are various elements to keep players of any level entertained.

Colorful fruits are the lowest paying symbols in the game and players can find a Watermelon, an Apple, an Orange, and a Plum. For higher pay outs the symbols of a Leopard, a Monkey, or a Parrot need to be located. And the game wouldn’t be complete without images of the Hunter, Jane, and Tarzan himself being included within this slots format.

Wild – the games Logo acts as the Wild and when it swings onto the reels it can change any symbol other than the Scatter. It also provides players with a 20x Multiplier if they are lucky enough to fill the 5 reels with this symbol.

Scatter – this is shown as a simple “Bonus” symbol and 3 or more of these need locating on the screen for the Bonus Feature to be activated.

Wheel of Fortune – when this appears players are asked to spin it to receive 1 of the 4 rewards that are on offer.

Cash Multiplier – how much that is given here is dependent on how many Scatter “Bonus” symbols were revealed. However the Multipliers can range from 3x to 18x the players original stake.

Jackpot Multiplier – if this is landed upon players can see an amazing 200x to 1000x Multiplier being added to their final cash out balance.

Free Spins – here players are given 12x spins and during this time a “Rolling Reels” Feature is brought into the game. This means that any symbols which create a winning combination will fall from the screen to be replaced by others that could generate another pay out for the player to take advantage of.

In addition to this “Growing Wilds” are also found upon the reels and after each spin another is added up to a maximum of 15. So players have even more chances to increase on their wagered amount.

Pick – A – Potamus – players are taken to a watering hole where they can find 12x hippos bathing. Now the player can choose from them to receive a random cash prize until the Bonus Mini-Game ends when the “Pop” appears.

Players can find Tarzan in the Jungle at any of the Microgaming online casinos and betting starts at just 0.40 so even low rollers are able to join this 3D animated adventure. And with its cartoony feel and bright vibrant colors some may even think they have been cast in the 1999 Disney movie.

The creative game play that the designers have incorporated provides a 96.48% RTP which is enticing many who want to maximize their winnings. And although a Progressive Jackpot or Gamble Feature aren’t on offer here this is still an engaging game that players of any level can enjoy.

With upbeat music that adds to the theme there is plenty to entice players in this slots release. They can find Wilds, a Scatter “Bonus” symbol and numerous additional Features that provide more chances to create a winning combination.

Even when players need to be away from the screen they can still leave the game to continue automatically with the Auto Play Feature that Microgaming have included. It is also possible to alter the volume and speed of the reels during play through the Settings which means that the Tarzan slots game can be personalized to each player’s individual preference.

Tarzan is a non-progressive 5 reel 40 pay-line video slot game from microgaming, it has a Tarzan of the Apes theme, and comes with a wild symbol, scatter symbol, multiplier, free spins and has a maximum jackpot win of $1000