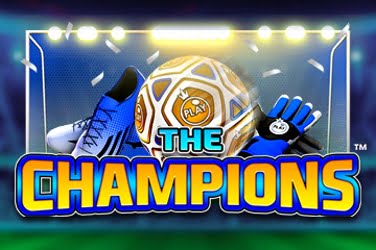 The Champions slot game has been based around the Football World Cup and it hit the shelves just in time in May 2018. It is aimed toward any online gamer who has a passion for the sport and comes with some unique Features to add to the fun.

Set upon a Football pitch game are 5 reels and there are 25 structured pay lines. The graphics have a Retro feel but the basic look is still bright and colorful. In the background are the packed stands and you can hear the fans cheer when a winning combination lands on the screen.

Designed by Pragmatic play they have made this online slots available to players using both PC’s and Mobile devices. And it even comes with an Auto Play Feature to free up your fingers while watching the reels spin.

There are numerous chances for you to increase the jackpot throughout this game. Features include a Wild, an Increasing Multi-Level Multiplier and even a Click Me Bonus Round. This can mean some decent returns if you get to the highest level of play in this Football themed slots.

The colors used in the design of all the symbols is reliant on which team you chose to play before you hit the Spin Button. So your screen could be filled with yellows and blues for the Brazil side or perhaps white and red for the England squad.

On the reels players will then find Goalie Gloves, a Whistle, a pair of Football boots, and a team Shirt. The highest paying symbol is the Football itself and if you get 3, 4, or 5 of these a 2x, 8x, or 20x Multiplier is added to your stake.

Lower pay outs are also given if the Q, K, and A symbols are brought into play. Again these are colored depending on the team chosen.

Wild – a Trophy is used as the symbol in The Champions slots game. Not only will this substitute any of the Basic icons if a win can be generated but also has its own Multiplier of 3x, 20x and 40x the original bet if 3 or more fall onto the reels.

Scatter – in a surprising twist the Pragmatic play designers haven’t included a Scatter symbol or a Free Spins Bonus Round in this particular release. But you won’t be left disappointed as there are plenty of other Features to keep the atmosphere of the game going.

“Bonus” – this symbol needs to land on the central reels for a Bonus Round to be activated.

Target – players are able to move this icon which is overlaid on the reels with the chance of increasing their winnings in another Feature of the game.

Penalty Shots – this is a Click Me style game and is activated when the “Bonus” symbol lands on the 2nd, 3rd, and 4th reels. Now you get the chance to take 5x Penalties with rewards set at 5x, 10x, 15x, 25x, and 100x the total stake for every one you score.

Target Bonus Round – you need the Football symbol to fall into position upon the Target during a spin to reach this Feature. The symbol can be moved if you feel that would give you a better chance. Once this happens any wins within the next 10x Spins will receive a 2x Multiplier as you move up to Level 2.

But this is where the fun really starts as a Multi-Level Multiplier is now up for grabs. Meaning that with each “Goal Scored” you will reach a higher level which in turn adds a larger Multiplier to the jackpot balance. This can accumulate to up to 20x being included in the final amount you claim if you get to Level 11. Also with each Football and Target symbol match the 10x Spins are re-set to give you even more chance to “score”.

Once you have found this slots in your favorite Pragmatic play online casino you need to decide which team to select. The game includes all 32 Football teams that have reached the 2018 World Cup so you it’s really about personal preference.

Next you need to use the +/- Button to select how much you would like to wager. This can be as little as 0.25 but can be raised to a maximum of 125.00. And with a Momentum Progressive Jackpot with the Bonus Target symbol you could see up to 20x your stake being added to your winnings.

There is also the Penalty Shots Bonus Round which brings a true feeling of tension to the game as you wait to see if scored. Then with the maximum of 100x your balance if all 5 Shots hit the back of the net.

So if you have Football Fever and can’t wait for the next match then perhaps give The Champions slots game a shot. And with a RTP of 96.51% this Low to Medium Variance game it’s sure to build up its own set of fans. 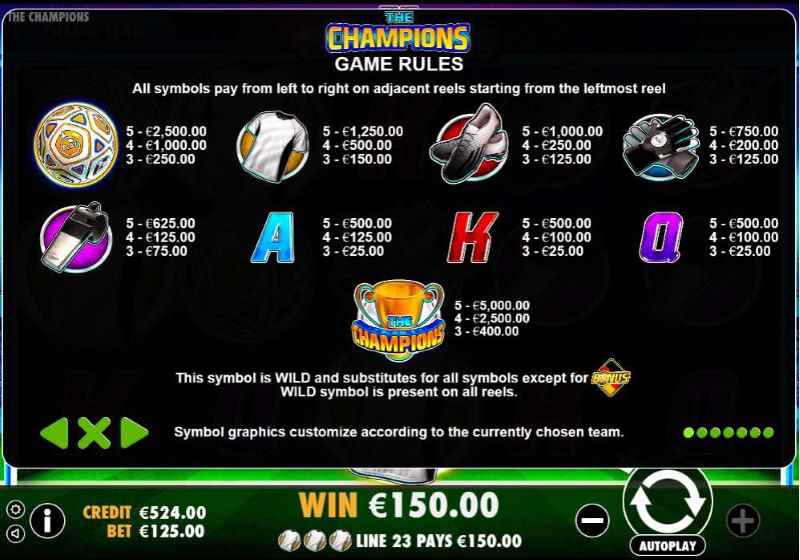 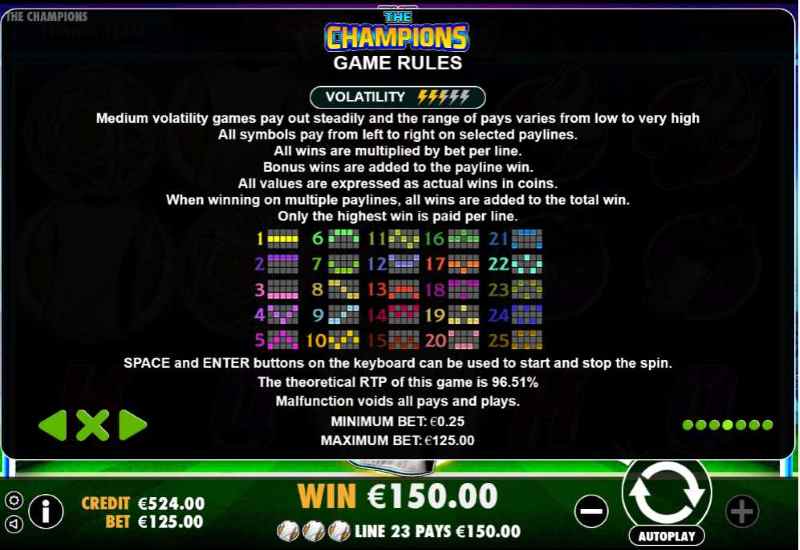 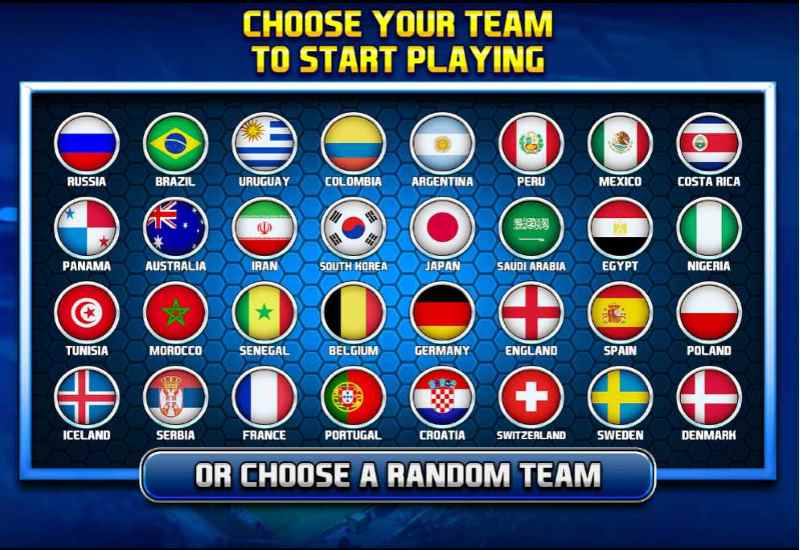 The Champions is a non-progressive 5 reel 25 pay lines video slot game from Pragmatic Play, it has a world cup soccer theme, and comes with a Multiplier, Scatter, wild symbol, free spins and two bonus features, The Champions has a maximum jackpot win 1,364 times your stake.