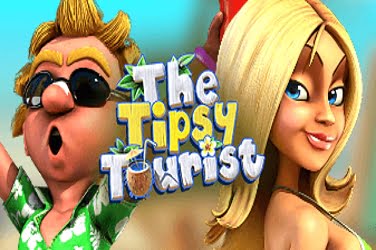 Betsoft has used a story-line that many players will find familiar. At the start of the game, they will find an exhausted Male Clerk who is desperate for a couple of weeks away from work. Then players are taken to a Tropical Beach where the games 5 reels are set within a wooden sign.

As to be expected the graphics are of the highest quality and 3D animations have also been included in the game’s design. The colors are bright and vivid along with the cartoony feel to its layout.

Showing a sandy beach with palm trees at either side of the reels players can lose themselves in the tropical atmosphere that has been created. This is further enhanced by the Caribbean soundtrack that plays in the background in the Tipsy Tourist slots game.

The lowest paying symbols used in this online game are shown as 10 through to Ace icons. They have been given a chunky appearance and are all brightly colored. In addition to these, there is the Drunken Male Clerk, a Blonde-Haired Girl, some Plane Tickets, and a Shell with a Starfish.

There is a Beach Party Sign that is the Wild symbol in the Tipsy Tourist slots game. This can change other symbols besides the 2 Scatters which can create more winning combinations for the player to take advantage of.

A Cup is one of the Scatter symbols that can be found on the 1st, 2nd, and 3rd reels of the game. Should at least 3 of these be located then a Mini-Game is activated. Here players are asked to toss a coin in a game against another holidaymaker. Whoever loses has to take one of the 3 drinks that are shown on the screen. This Bonus Round will continue until all drinks have gone and then the player is returned to the base game. The more times the player wins will reflect in the payout amount that is awarded.

It is the Beach Ball Scatter symbol that activates the Free Spins Bonus Round. The symbol will only appear on the 3rd, 4th, and 5th reel but when these are filled the player will receive 8x Free Spins.

During the Free Spins, Bonus Round should a Wild symbol be spun players will find that it becomes Frozen in position for the remaining part of the game. Along with the chance to re-trigger, this Feature means that players have numerous chances to add to their winnings.

Betsoft has included a Gamble Feature in this online slots games design. After each winning spin players are able to select the “Double Up” button which is shown at the bottom of the screen. With no maximum limit on how many times players can choose this option, it is an element which is proving popular with high rollers. However, there is always the chance that all winnings could be lost if the player guesses the incorrect color of the downturned card and is purely optional.

Although there are 20 winning paylines included in this online slots game players are not required to place a wager on each. As coin sizes only range from 0.05 to 2.00 this means that bets can be as low as 0.05 and as high as 200.00. Meaning that this particular release is proving appealing to players of all levels.

When the 5 reels of the game are spun any paylines are created from left to right. Due to the Wilds and other symbols that can be found, there are plenty of opportunities for players to add to their winnings.

There are also 2 Scatters which can activate Bonus Features when they are located during gameplay. Providing players with Free Spins and a Toss a Coin Mini-Game for some additional entertaining fun to enjoy.

The designers of this online casino game have incorporated an Auto Play Mode in its format. It is something which can prove useful to those who are unfamiliar with the software or are busy with other things. Simply it means that the game can be set to play automatically for either a certain amount of spins or until the maximum wager is reached.

Players of this online slots game are transported to a Tropical Island where they can relax in the sun with a drink. And although there is no Progressive Jackpot included in its format there are still plenty of Bonus Features for players to take advantage of. 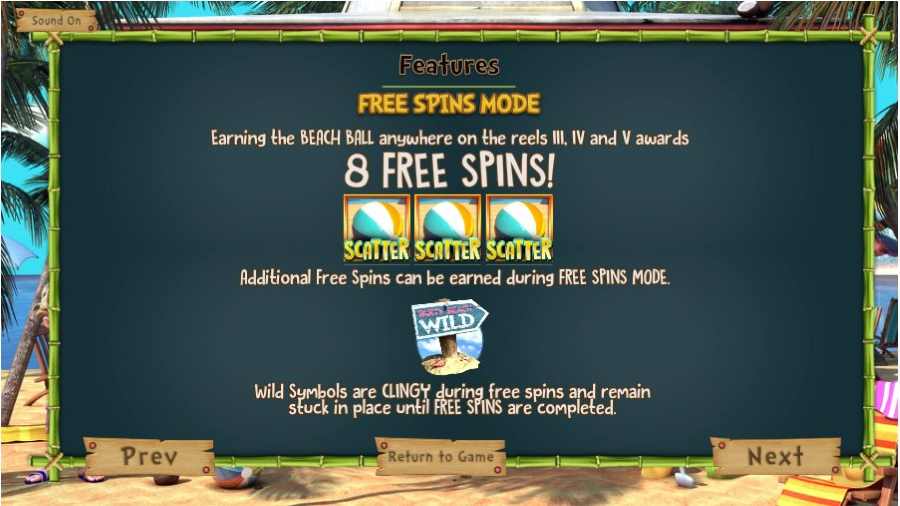 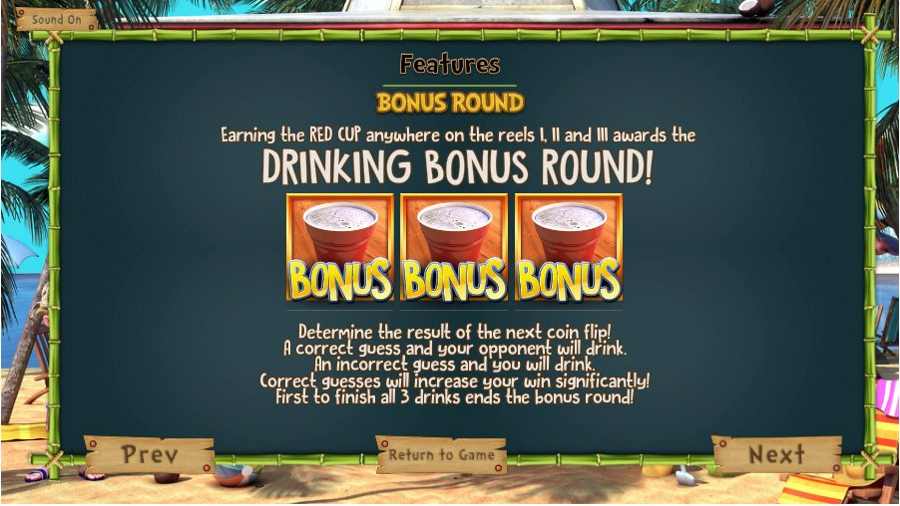 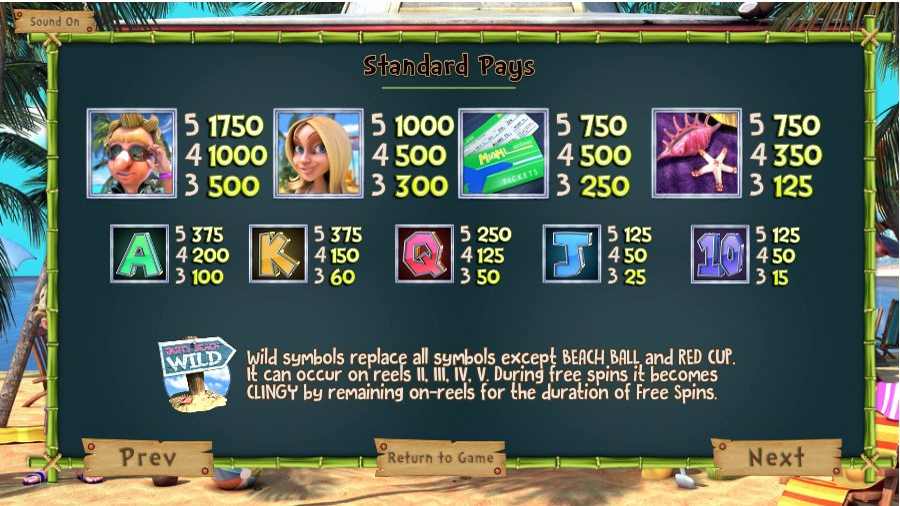 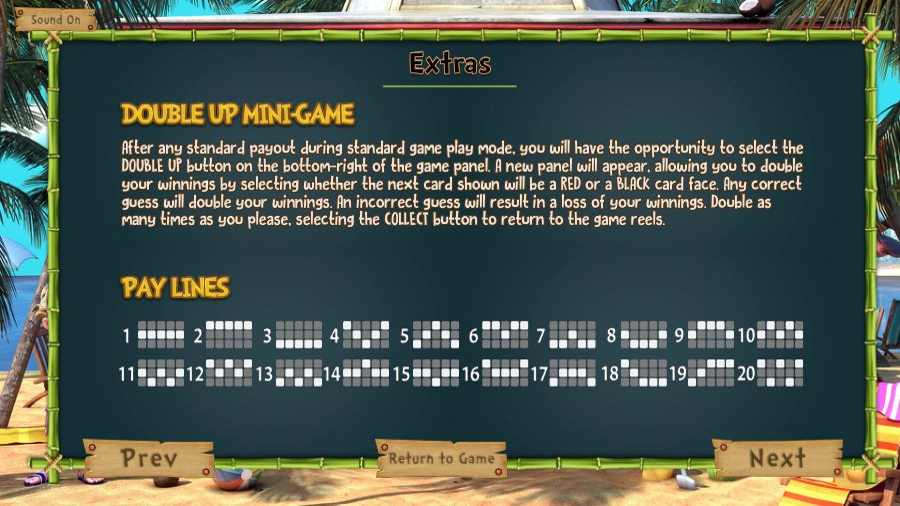 The Tipsy Tourist is a non-progressive 5 reel 20 paylines 3D video slot machine game from Betsoft, it has a Beach party theme, and comes with a wild symbol, scatter symbol, Multiplier, free spins and has a maximum jackpot win of $3,500