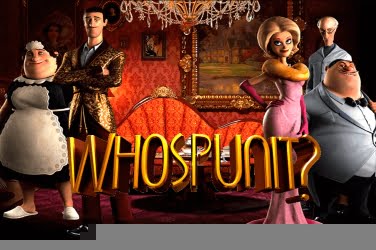 Released in 2013, Betsoft have created this online slots with a theme based on the Cluedo board game. Players can become a detective, solve the crime and cash in on all the winnings that are available.

The setting is Wellington Manor, where the man of the house has invited 2 guests. Along with his 2 staff all of these 5 characters are used as symbols in the game and help players to take in the investigative feel that is provided as they try to work out who the killer is.

Mr Wellington is seen at the bottom left of the screen, while players can find the 5 reels encased in an ornate frame. All the graphics are of the highest quality and there are some funky tunes which play in the background. Players will also find that the symbols will become animated when they are included in one of the 30 winning paylines which are available.

WhoSpunIt Slots has an unusual game play compared to others that are available from Betsoft. However this only add to the fun and excitement of the game which is why this online casino slots is so appealing to players of varying levels.

A murder investigation is the influence for the symbols which are used in this online slots game. Players will find a Magnifying Glass, an Open Safe, a Wall of Photos/Clues, and the Feet of a Dead Body.

During the base game of WhoSpunIt Slots there is a Clue Collecting Feature in play. This means that stars will be awarded randomly during each spin. These collect as “Clue Spins” and the balance is shown at the bottom of the screen.

These Clue Spins are activated when the 5 minute counter which shows above the reels reaches zero. At this point the 1st level of the investigation will begin for the player. There are 3 different levels which the player must move through.

As the player moves through each level they will discover the Room in which the crime was committed, and the Weapon that was used. Finally revealing a Personal Object which will ultimately uncover the killer.

Once all 3 levels have been completed the player will be able to take advantage of a Free Spin Bonus Round. These spins will continue until the Evidence Folder symbol appears on the 3rd reel of the game.

There is Mr Wellington himself, his faithful Butler Covington and the loyal Maid Miss Ellie. Also players will find the seductive Miss Chatam, and the Scientist Dr Van Austren. These characters all activate Bonus Features within the game which can help to increase the player’s winnings.

Mr Wellington, Dr Van Austren, Miss Chatam, and Covington will all award players with 10x Free Spins should 3 or more of these symbols be spun. However they all offer an additional Bonus Feature for players to take advantage of.

If Miss Ellie the Maid is uncovered however she will simply award the player with 20x Free Spins rather than the usual 10x but with no additional Feature.

During the Free Spins Bonus Round the counter will stop, and the player is unable to click on the clue icons. Although this may slow down proceedings on solving the crime, but it does allow players more time to add to their initial wagered amount.

$0.02 to $1.00 is the coin range set for this online slots game and there is a maximum of 5 coins allowed on each of the 30 winning paylines. This means that if all paylines are in play then wagers can be from as little as $0.60 up to $150.00 on each spin. With this in mind and the various Bonus Features that are on offer this online slots game is proving popular with players of any level.

All of the 5 characters found on the reels act as a Scatter symbol should 3 or more be revealed. Each of which has their own addition Bonus Feature. Along with this players can become detective and solve the murder to receive additional cash prizes to be included in their jackpot amount.

WhoSpunIt? Slots is not the usual type of game that players will find in Betsoft online casinos. But its engaging storyline and Bonus Features provide plenty of entertainment to make the WhoSpunIt? Slots game popular around the globe. 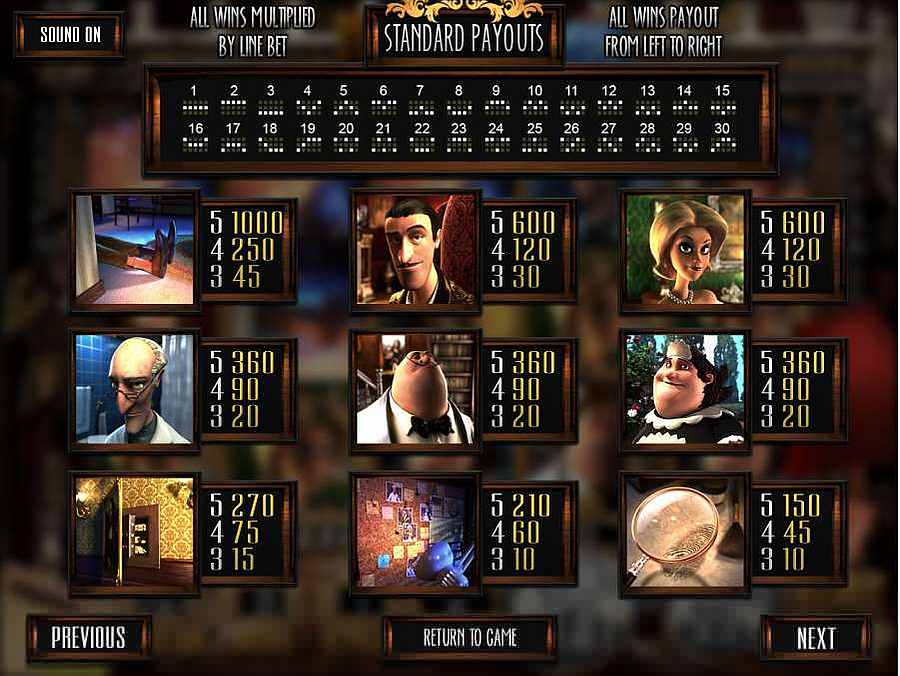 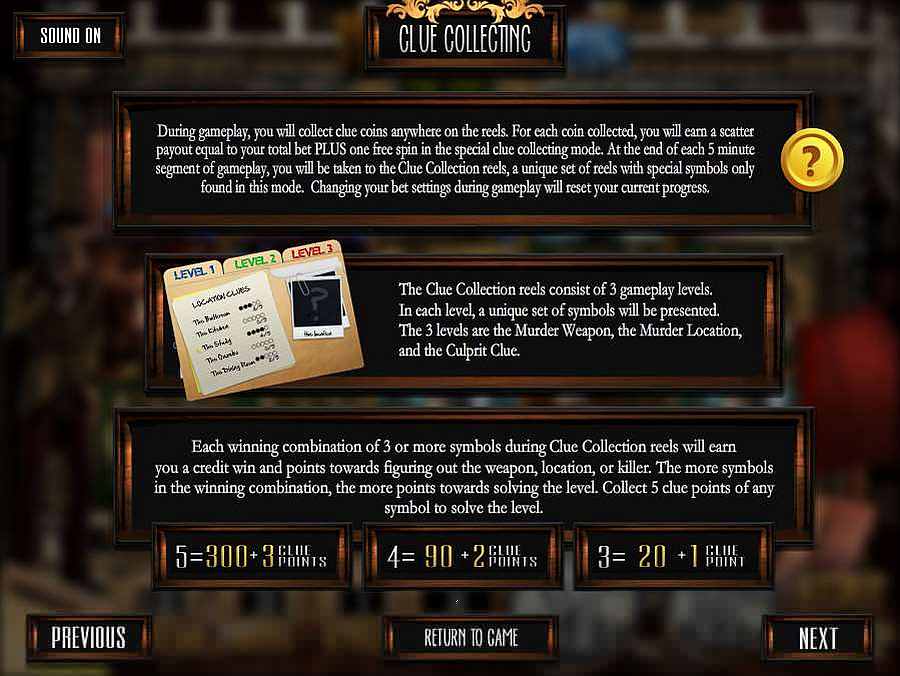 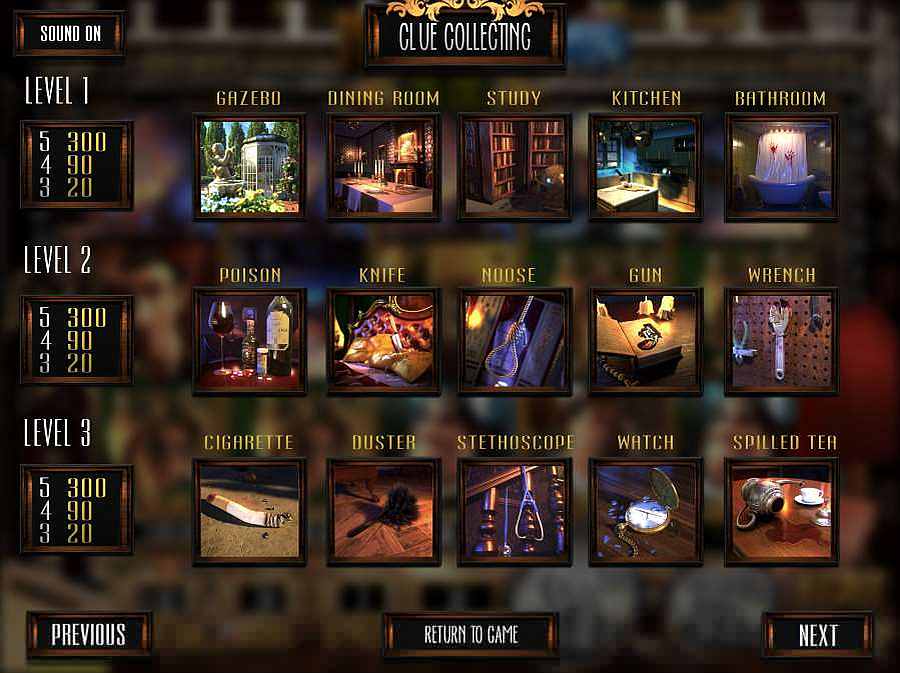 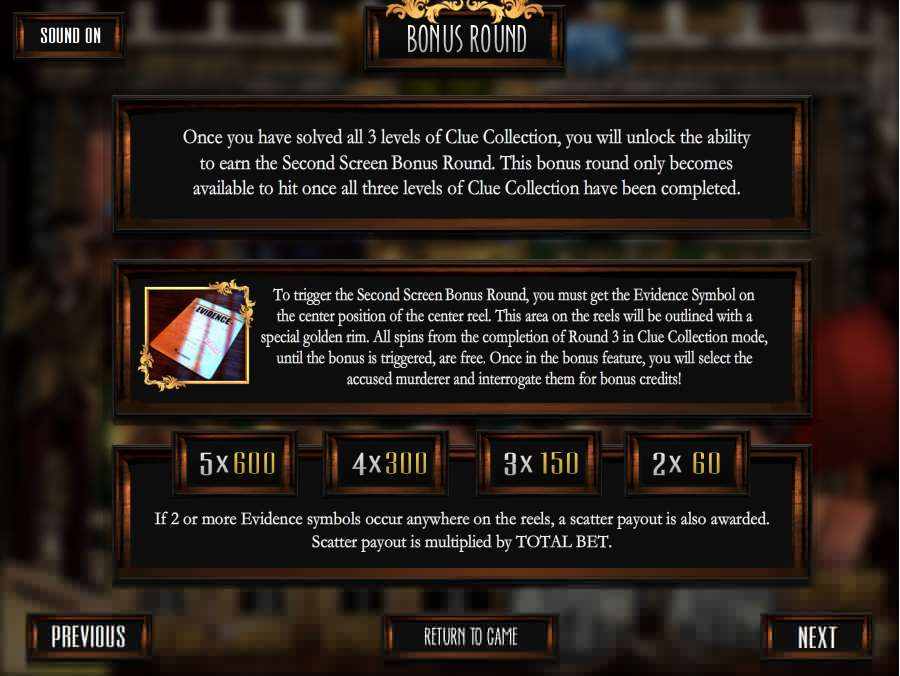 WhoSpunIt is a non-progressive 5 reel 30 paylines 3D video slots machine game from BetSoft, it has a detective theme, and comes with Scatter symbol and free spins and has a maximum jackpot win of $1,250.