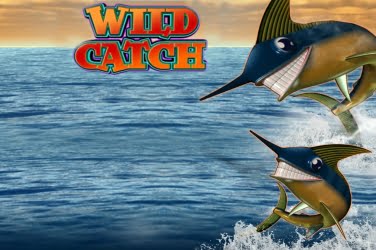 In summer, a man’s fancy turns to fishing. Wild Catch slots game from microgaming released on August 2013, brings you exactly that experience in the form of a video slot game. No download is required to play this game, which means you can directly launch it from a browser and start playing it wherever you are. The symbols of this game are all directly related to fishing. There are fish hooks, lures, a fishing boat, scales to weigh your catch, and a prize cup. There are also card symbols of 9, 10, J, Q, K, and A.

Wild Catch is a nice quiet game, just like the leisurely sport of fishing. The background score is minimal, limited only to an occasional jingle that accompanies the winning spin. The game effects too are solid and subtle, rather than eye popping. In short, this slot game is as different from the exciting flashy varieties as possible and comes as close to the experience of going fishing as a game can provide.

The symbol with a marlin on it acts as the Wild symbol. It serves as a substitute for any other card on the slots except the Scatter, and increases the chances of creating a winning combination. When three or more Wilds land on the paylines, players get five free spins with a 3x multiplier. This symbol also plays an important role during the free spins round awarded by landing Scatters. It increases the multiplier with every winning combination, boosting the rewards for the player substantially.

Five free spins are awarded to the player when they get three or more Wild symbols on the paylines. A 3x multiplier is applied to all the winnings netted during this game. Additionally, for each winning combinations during this round, the player automatically gains an extra spin.

Free spins are also awarded when three or more Scatters come up on the reels. The player get 10, 15, and 25 free spins for landing three, four, and five scatters respectively. This round starts with only a 1x multiplier but each time you get a winning combination containing a Wild, the multiplier increases by one. The highest possible multiplier in this round is 10x. Both these free spin rounds can be retriggered. However, when you are playing one of these rounds, the other round cannot be triggered while it is going on.

This game has two different spin rounds. However, there is no separate Bonus Round here.

Wild Catch slots game is a five reel, 243 ways-to-win game from Microgaming. This means that there are no paylines in this game. Instead, there are 243 winning combinations, landing any of which at any point in the game can yield rewards. With a coin size that starts at 0.01 and stops at 0.50, this game offers a wider betting range compared to most other slot games and is a good choice for different wallets and playing styles. The maximum number of coins that can be bet per line is 10.

Wild Catch is a gentle, peaceful game with minimal graphic and sound effects and nearly as relaxing as a fishing trip. With its range of features and somewhat larger than average range for coin denominations, it is a game that is suitable for both new players as well as for experienced ones. 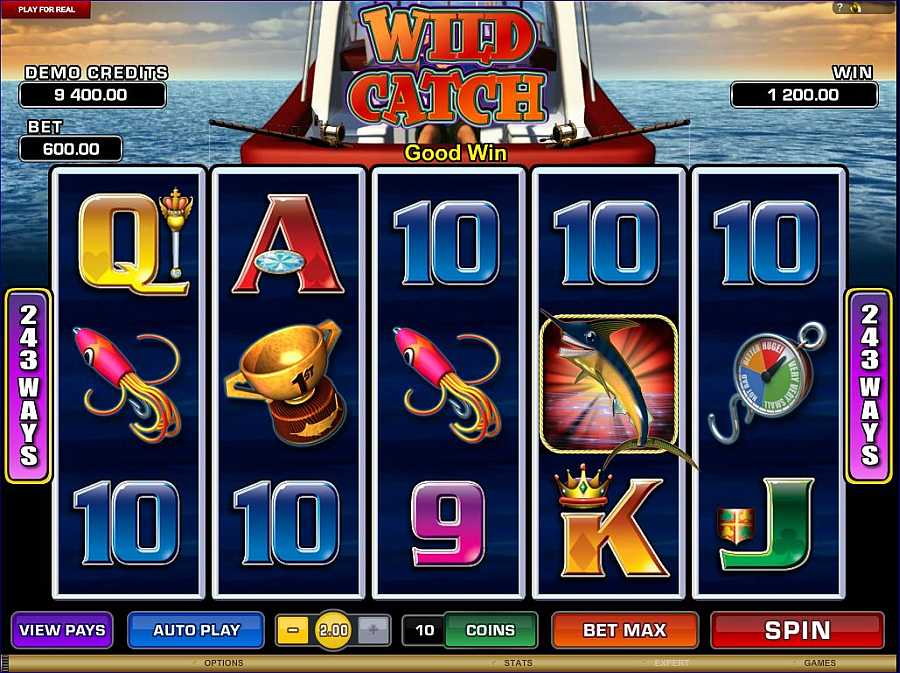 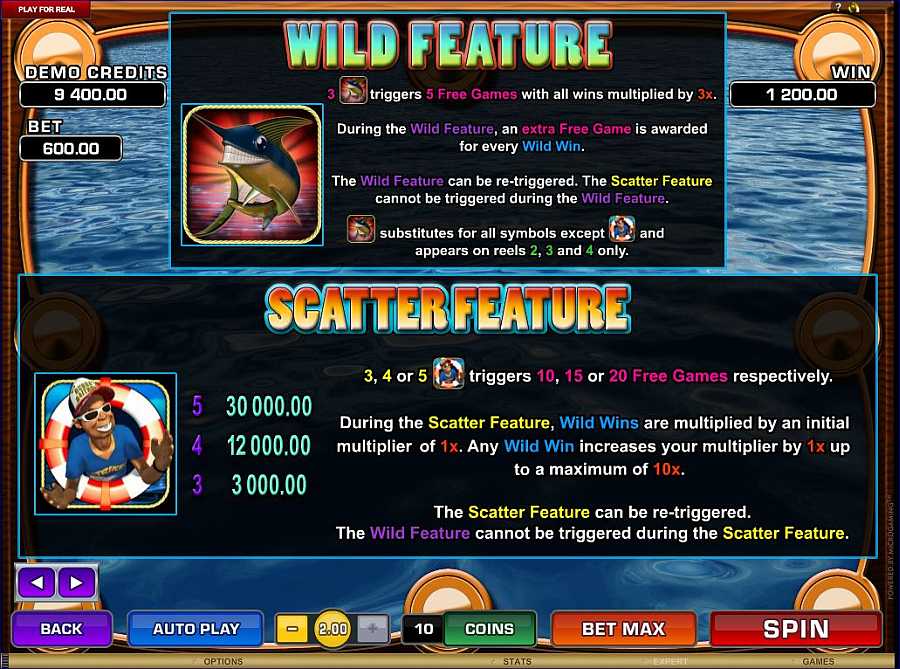 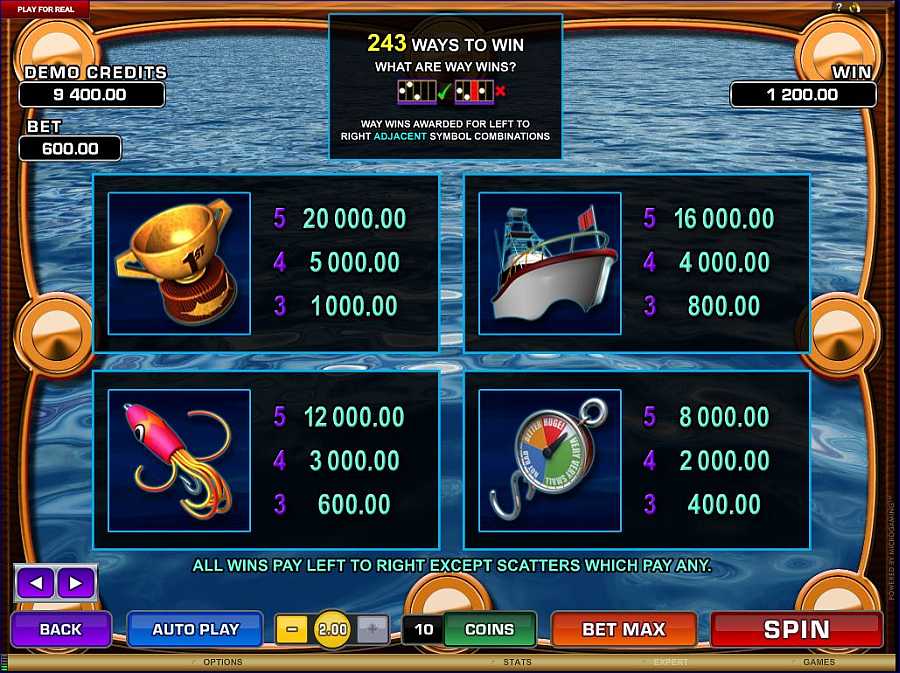 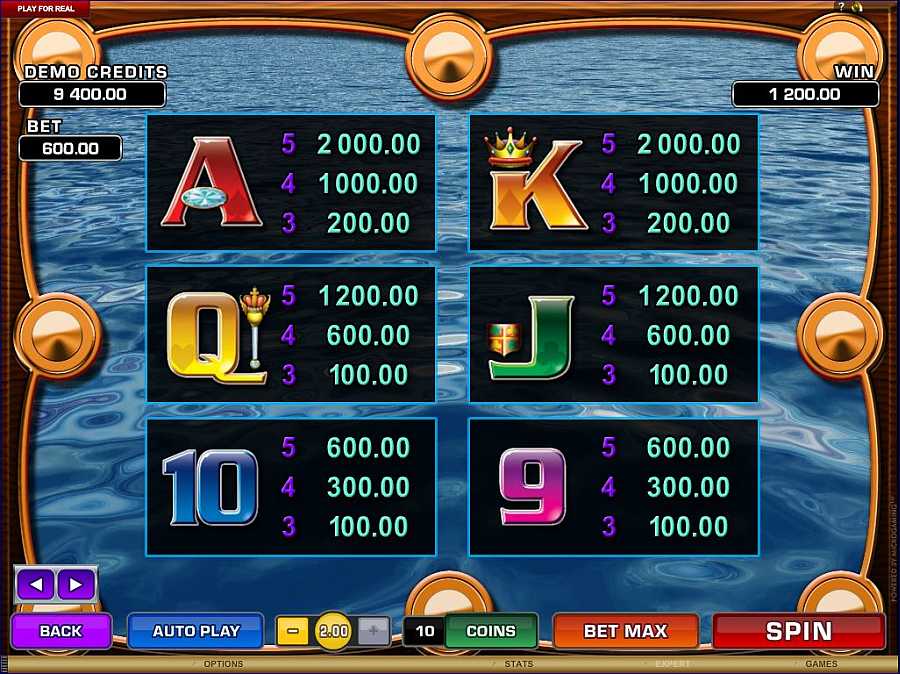 Wild Catch is a non-progressive 5 reel 243 ways pay-line video slot machine game from microgaming, it has a fishing theme, and comes with a wild symbol, scatter symbol, free spins and has a maximum jackpot win of $7500