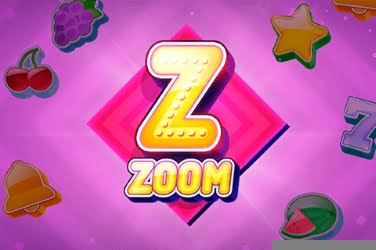 Thunderkick are a Swedish gaming company that have created some innovative slots that players from around the globe are enjoying and this latest replica of the land-based slot machine is no exception. There are 6 reels and 4 rows with this game which are framed in 2×2 grids. And although there are 64 fixed paylines it is the “Zoom” feature that is enticing players.

The games grid is set upon a purple background and the reels are prominently colored in pastel shades. It’s a game that has a retro feel but it also has a modern twist to keep players entertained.

Since its release in July 2016 players have been able to access the game via a Desktop, a Tablet, or a Mobile device. And with a smooth format and bright vivid colors any screen will explode with the impressive graphics that have been used in the Zoom slots game.

Four pieces of Fruit give players the lowest pay outs when they are included in a winning combination. There is a Lemon, some Cherries, a bunch of Grapes, and a Watermelon. These are joined with a large 7 on a green background, a Bell and it is the Star that awards the highest jackpot amount.

Wild – a “Wild” symbol can appear in any position upon the 6 reels of this slots game and if the player is lucky enough they can even become stacked. When this symbol falls it can change others if there is the chance of creating a winning combination. However it can’t alter the position of the Scatter should that also be on the screen at the same time.

Scatter – this symbol is a golden letter “Z” which sits within a purple square. It provides the main Feature to this online casino game from Thunderkick when it comes into play.

“Zoom” – the “Z” Scatter can fall within a 2×2 grid where it will expand to create a Massive Symbol. This will now stay in place while the player takes advantage of 1x Free Spin which is a great way for them to add to their initial wagered amount. However there is the chance that another “Z” symbol will appear during the spin which means that this Bonus Feature can continue until there are no more found. Then the player will be returned to the base game but it is possible to be rewarded with some big wins during this round.

If the player lands the “Z” Scatter as a 4×4 format even larger amounts could be added to jackpot figure as this will “Zoom” into a Super Massive Symbol. Again a 1x Free Spin is rewarded to the player as the symbol freezes in its position on the reels.

As there are 64 winning combinations in this online game the Thunderkick designers have kept the coin denomination varied so that it will appeal to both high and low rollers. Before the reels can be set to spin a wager from 0.10 to 100.00 must be placed and then the fun can begin.

This is an unconventional slots game that may confuse some beginners to online casinos. Instead of the usual Free Spins Bonus Round this slots will reward players with 1x Free Spin each time they appear in either a 2×2 or 4×4 format. It is a unique Feature that can be taken advantage of regularly while the 6 reels spin and can guarantee the player some big wins to be included in their final jackpot balance.

It is a rather slow paced game but there is some cheerful music to be heard playing in the background. However there is no Progressive Jackpot, Mini-Games, or Gamble Feature so some players may find it rather dull. But the “Zoom” Bonus does offer multiple opportunities to create a winning payline.

If a player wants to leave the game to run automatically at any time they can use the Auto Play feature that has been included. There are also other settings that can be altered such as the speed at which the reels spin and the volume of the music. So this is a slots game with various options to ensure that it is popular with players of all levels.

The Zoom slots game is considered to be of a Medium variance so players may need to watch their budget. Yet it does have RTP of 96.20% which is something which has proved appealing to numerous players since its release.

– Try Zoom here with a free spin or visit Thunderkick Casinos to play for real money. 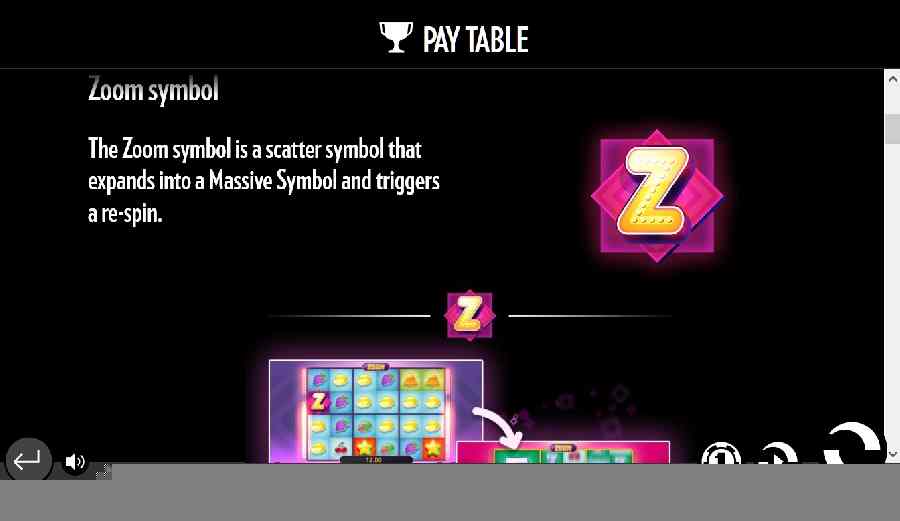 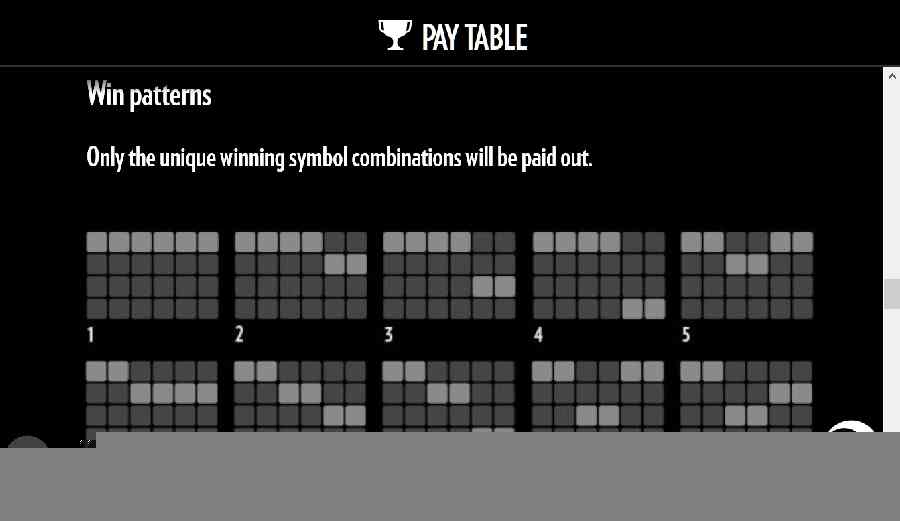 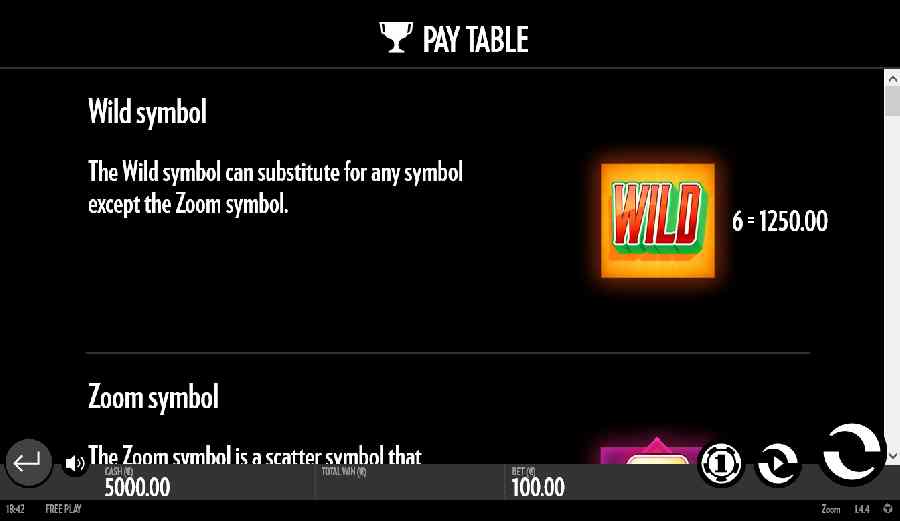 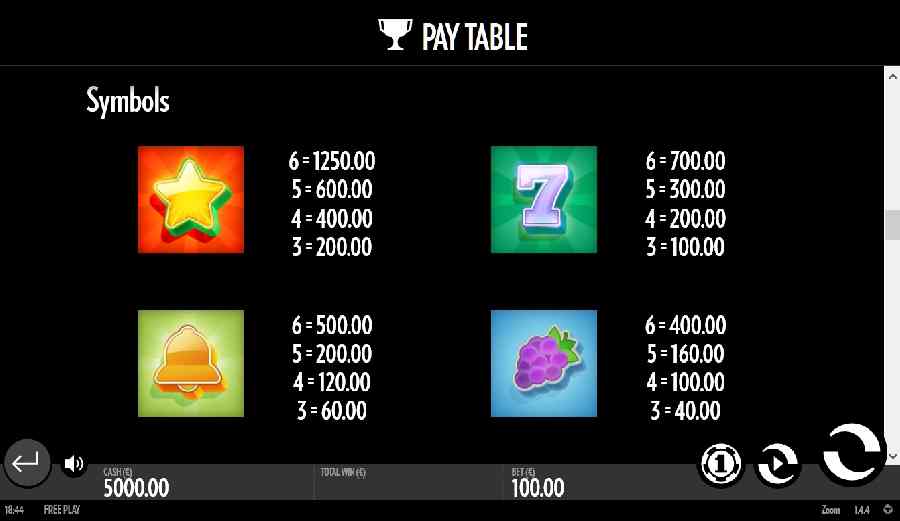 Zoom is a 6 reel 64 paylines video slots game from Thunderkick software platform, it has a Adventure theme, and features wilds and expanding zoom symbols with re-spin and has a maximum jackpot win of £/€1,250,00