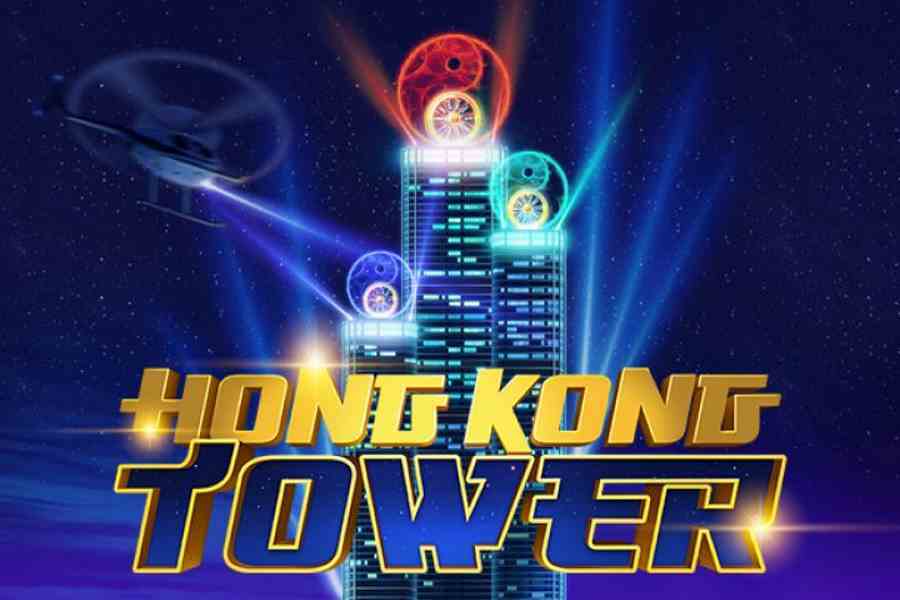 Elk’s most amazing online casino game to date, Hong Kong Tower Slot can be played on a smartphone, tablet, PC and Mac, pumping the game playing experience up several notches.

With bonus features, the Hong Kong Tower Slot touts the highest winning probability of 96.3% RTP. A maximum jackpot win of 301,050 coins, and an impressive payout of €301,650.

With the player’s first spin, the Hong Kong Tower Slot explodes into an incredible light show, amazing city sounds and funky music. The extravaganza, dubbed the world’s biggest light show, has been featured in the Guinness World Book of Records.

The use of the popular Asian sign of Yin and Yang uphold the balance in the game, making the game player-friendly while providing 99 ways to win, chances at bonus games, extra lives and a big jackpot.

The online casino has 5 reels, 99 ways to win and bet amounts as low as £0.20 and up to £100 per spin.
While 99 winning combinations and three levels of playing increase wins, a few built-in predefined strategies continually work in the background to help players win.

Hong Kong Tower Slot features the Chinese symbols of a diamond, pink lotus, the bonsai and the gold plated 7. The gold plated 7 is the most valuable symbol of the four icons.

Additional game features are characterized by a game logo, a red yin-yang and a blue yin-yang. Built into the Hong Kong Tower Slot virtual casino are a Wild Feature and a Jackpot.

The bonus Wild Feature symbol is the game’s logo. The logo icon turns into a different symbol with every spin, except for a red yin-yang since it represents a bonus symbol.

When the red yin-yang appears on all five reels, or a Mystery Bonus symbol appears, a chance at the coveted Wheel in the Sky is awarded along with two extra lives. If the blue yin-yang comes up on all reels a bonus level game is activated.

When the Wheel in the Sky is triggered the player is catapulted to the skyscraper rooftop. Surrounded by the electrifying light show and music, each skyscraper is topped with a different colored wheel.

If the player lands on any one of the red, green or blue rooftop wheels, a mountain of coins are awarded. The landing color of the Hong Kong Tower Slot wheel determines the number of coins won. Ranging between 200 and 25,000 coins, the winnings are added to a player’s jackpot and the adventure continues.

If a player does not land on a wheel they go back to the base game to jump back in and play the online slots all over again. With countless possibilities of winning, the Hong Kong Tower Slot online casino continually turns players into big money winners.

Where to Play Hong Kong Tower