According to Golden Palace Affiliates, they are the highest paying Casino Affiliate Program all over the world. They have different commission programs that will work best depending on the customer base you already have and the traffic you can rake in.

Golden Palace Affiliates’ sole brand partner is GoldenPalace.com which is known since 1997 by its unique and sometimes ridiculous promotion. They have embodied the idea that bad publicity is still publicity.

They have paid popular boxers to wear tattoos, albeit temporarily, on their backs. There was this man who had the word “GoldenPalace.com” tattooed on his forehead for a contract of ten years. 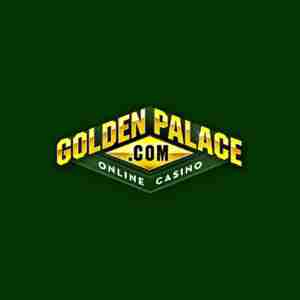 During the 2006 Winter Olympics pulled out different stunts and invested on strippers and streakers that disrupted the game during that season. They were ordered by the gaming commission not to pull off this kind of stunt again.

One of the disadvantages of earning commissions through Golden Palace Affiliates is maintaining a good account and earn continuously from past efforts. Golden Palace is definitely popular and has created a buzz even in non-gambling communities. The problem for affiliates is they have to get at least one new player monthly even if they have promoted the brands for so long.

Since microgaming and Playtech operated games are not allowed to collect real money from the USA market, the domain name was previously confiscated by the State of Kentucky to avoid being imprisoned for 50 years. All of their online casinos were required to close.

Since it is known for ridiculous stunts, it has also presented unbelievable opportunities for payouts. They weren’t lying when they said they offer the highest commission.

They have different commission programs. Such as the Casino Gross Revenue and the Revenue Share Program.

Casino Gross Revenue shows the total number of purchases deducted by the total amount of payouts.

One of the best things about their commission system is the 50% gross revenue commission for the first three months. The 50% commission will not consider overall player capacity.

Golden Palace Affiliates has made it clear that they have the right to deduct monthly commissions depending on the performance of the affiliate. This is after the end of the 50% three month commission duration.

GoldenPalace.com used to run on one of the best software’s around and was able to establish a good relationship since 1997 but recently terminated their partnership because GoldenPalace has not fulfilled its other end of the bargain microgaming Software Systems Ltd. Is one of the leading software developers for inline gambling websites and has been offering with nothing but the best security and responsible gaming services.

After the termination of their services, Golden Palace moved to the next favorite software developer, Playtech plc which was founded in 1999. This software developer has catered to online casinos, online poker rooms, bingo games, etc. Its main office is located in the Isle of Man like microgaming. It has offices in twelve different parts of the world.

After Playtech, Golden Palace has worked with igsonline which develops and licenses complete website development from standardized payment systems to affiliate tracking systems.