Home » What are Wild Symbols in Slot Games? 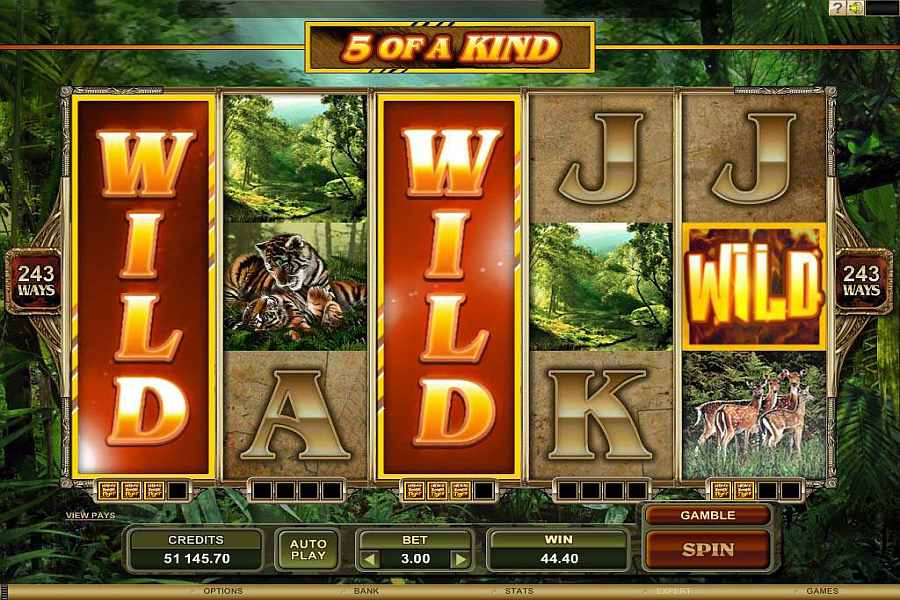 If you are interested in playing some slots, the first thing you should do is find out the rules that apply to various slot games and the different symbols and their meanings. Talking about symbols, you will come across quite a number of them when playing slots including multipliers, scatter and wild symbols. Each of them is important in their own way. Generally, when these symbols appear on the line, another feature, say a bonus round or free spins are unlocked or launched. When it comes to wild symbols, the stakes are even higher.

What are Wild symbols?

Before looking at how they work and how important they are to a slot, it is important to first define wild symbols. Now, if you have played some card games you must have come across the Joker, which is arguably the most important card on the deck. In slot machines, wilds play more or less the same role as the Joker. For those not familiar with card games, wild symbols unlock the bonus rounds and can replace any other symbol, – except the scatters – on a payline to make a winning combination. In some slots, wilds carry their own prizes, mostly in cash. It can be argued that the main reason for the introduction of these symbols to slot games is to increase a player’s chances of winning by replacing other symbols and forming a winning combination which could have not been otherwise complete.

The main function of the wilds is to typically substitute any other symbol on the payline to complete the winning combination. Simply put, a wild symbol on the payline can turn a losing line to a winning combination. This is the basic function of wilds and the reason they are so popular. Thus, wild symbols increase the possibilities of making a winning combination which in turn increases the thrill and general excitement of the game. Note that apart from the scatter symbols, the only other icons that wilds cannot substitute are bonus symbols, which have their own significance in the game. One important function of the bonus symbols is that their appearance triggers the bonus rounds which increase the total winnings on the slot. You may not have come across bonus icons if you have been exclusively playing classic slots as they are a recent introduction and are only present in video slots as explained in the below section.

Advances in modern technology has also impacted the way new slot machines are designed and built. Video slots are now more similar in both in look and feel to video games. This includes the quality and design of the games, which now include animated graphics that play on the screen whenever a wild symbol appears. With an increased number of movie themed slot games, these animations aid in the overall storytelling as they appear as video clips in specific parts of the game.

In most video slots, wild symbols represent the overall slot theme and are usually denoted by the game’s logo. One good example of such a game is Immortal Romance. In the game, the logo appears when a winning combination has been formed and also doubles up as a wild symbol. This makes the game’s logo something to look forward to which further endears it to the hearts, and minds, of the players.

These are in no way the only types of wilds though, there are many more special wilds such as random and heat seeking wilds. These are however specific to some games and thus it made no sense to explain them further.