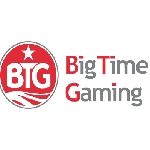 Online gaming experiences are totally reliant on the software supporting online games. Great software, like the ones provided by Big Time Gaming give an all-around enhancement of the experience owing to the input they carry and the solid partnerships they hold with big casinos. Big Time Gaming is a relatively new gaming software development company. It is based in the Surry Hills area of Sydney, Australia.

Like other newer developers, Big Time Gaming owes its existence to former staff of other companies in the same industry. The work of How McIntosh, formerly of NT Media, and that of Nik Robinson, formerly of Openbet is what has brought the software developers to where they are today. The games are available in 20 languages including Chinese and Russian.

Big Time Games are wide and varied in nature. This means that everyone will find games that they will love. Games from Big Time Gaming are a hit among online players. With amazing graphics and clear animations, it is not difficult to see why they are preferred by players. The addition of extra features like Wilds, Win Multipliers, and Free Spins only add to the winning chances already provided.

As for slots, Big Time Slots are cartoonish in nature and they will appeal to players who prefer this kind. The slots are easy to play and load quite fast. There is a wide choice of video slots and reactors all of which have a similar theme. Sports fans will have a great time with Great Goals which was created right in time for World Cup in 2014.

New games are added every now and then which is not surprising since the company is small, new, and growing.

Big time Gaming has in the few years of operation endeavored to forge strong partnerships with the main players and large casinos which is vital for their growth. They have been successful on that and they have developed partnerships with big companies like Quickfire and Openbet. Core Gaming was brought on board for the easy conversion of Big Time games to mobile-friendly versions.

Popular games like Feathered Frenzy, Vegas dream, Temple of Fortune, and Golden goals can all be played at casinos like Bet Victor. Core, GTS, The Open Gaming System, and Leander Games are all partners of Big Time Gaming.

It is with free spins that you will find the most casino bonuses with Big Time Gaming. Taking advantage of these though will require deposits. Players can also play for the bonuses that are exclusive for existing players only and those with $100 or $200 deposits. These bonuses though tend to vary depending on the platform that the games are being played in.

Big Time software features high definition games that are of Instant play in nature. This means that you can play them without having to download them on your device. The games can also be played on Android and iOS with the appropriate programming. The experience though is varied depending on the casino you choose to play from. The variation in speed though is minimal.

The UK Gambling Commission licenses Big Time Gaming’s operations. It is also licensed by the Lotteries and Gaming Authority of Malta, the Gibraltar Gaming Authority, and the Alderney Gambling Control Commission. These jurisdictions mean that the software is above board and under a constant audit to ensure fair play and true bonuses and jackpots. These licensing bodies maintain strict guidelines and standards that Big Time Gaming has met. It also means that their games can be played in most major markets for online gaming.

© Copyright 2022 InfoCasinoBonus
We use cookies to ensure that we give you the best experience on our website. If you continue to use this site we will assume that you are happy with it.Ok