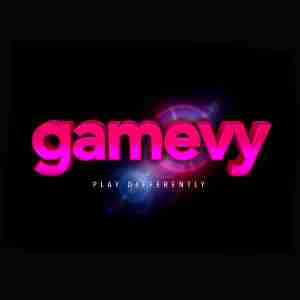 Gamevy is a London-based organization that is specialized in the development of real money games.  Gamevy can be described as licensed supplier, award-winning as well as the operator and producer of the high-quality real-money games. Gamevy strongly believes in Chance, life-changing jackpots, and combining skill for the ultimate in fun. Gamevy has added value in the entertainment industry with the introduction of unique products. In short, it focuses on turning the real face of the gambling industry.

Consequently, Gamevy was established in the year 2013 and comprises a team of about 15 people. It’s headquarter is located in the United States, and so far, it has won a prestigious game awards at the ICE Awards ceremony that was held in 2016. Over the years, Gamevy has indicated significant growth. All Gamevy Casino’s games are developed and designed in HTML5 so as to efficiently support mobile gaming. Unlike other Casino Companies, Gamevy Casinos do not outsource most of its operations. Instead, the Gamevy has its dedicated and competent team of developers who effectively and soundly designs and builds the games. Consequently, the Gamevy Casinos team of developers supports multiple languages including Norwegian, English, Czech, Russian, Turkish, Hungarian, German, Japanese, Swedish, Chinese, and Finnish.

The Gamevy Casino’s success has been achieved through the use of its unique and differentiated method of developing games. It usually does the development differently from other Casinos. Consequently, the partnership with other giant online Casinos like NOVOMATIC Lottery Solutions (NLS) has facilitated its success.

Unlike game slots of other Casinos that are based on the RNG, the Gamevy Casino Slots are skill involved in their productions. Most of Gamevy game Slots are designed so as to appeal to a broad and wide demographic of bingo players or lottery. There are two key Gamevy Slots that includes; the link Gamevy and Spinlotto Gamevy.

The Spinlotto Slot is considered to be the very first online slot of its kind. It is easier to start the game, and you have the opportunity to pick your preferred set of winning icons. Consequently, the Spinlotto slot enables you to set your multiplier and normally features a 3×5 grid. On the other hand, the Link Slot is a new slot machine launched by the Gamevy. The Slot brings together are colorful symbols as well as the loose space theme so as to create an exciting futuristic-style game. This type of Slot tends to feature a 3×3 grid of squares, circles, crosses, and triangle on the reels along the wild theme and eight paylines.

In a move to better its services, Gamevy has struck a deal with the Austrian Gaming leader Novomatic. The integration with the Novomatic Lottery Solutions will enable the Gamevy Casinos to offer a wide range of the exciting games through the Novomatic Software. Consequently, the partnership will see the Gamevy succeeding in its operation given that Novomatic Lottery Solutions is a giant company with extensive knowledge on how the lottery players operate and fully understands the possible challenges in the Lottery industry. Indeed, it is a great opportunity for Gamevy of integrating with Novomatic since it will enhance its growth. Consequently, the Gamevy has also integrated with the Quickfire platform so as to deliver differentiated and unique hundreds of brands.

To motivate the player, the Gamevy offers various Bonuses in its products, especially for the new ones. For instance, the Gamevy Casinos offers a free bonus of 100% up to €200 on the Mad about Slots Casino and 200% up to €50 on Vegazino Casino. The Casino bonuses are set as a marketing strategy to improve the Gamevy Casino’s profit margin.

Gamevy brings a dramatic and instant game play. The Game developers have designed the software in that; you don’t have to download the application to play the game. You only need to open the Link or visit the Gamevy website. It offers and Instant play of the games due to the HTML5 software used. Consequently, its integration with the Quickfire platform has also enhanced the instant play of Gamevy games.

One of the critical aspects of the online gaming is integrity. Therefore, both the casino operators and software companies should provide reassurance that their products are up to the required level of accreditation as per the law.

To attain this, Gamevy has acquired the legal license from the UK Gambling Commission of hosting any form of gambling activity. Gamevy , therefore, are expected to maintain the highest standards of player responsibility and safety.