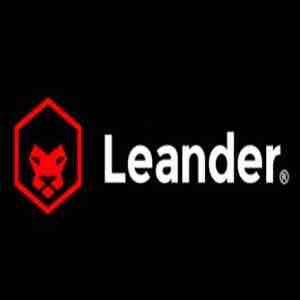 Leander Games was established in 2008 and is based in Buenos Aires, Argentina. It is comparatively a late player in the online gaming industry. It does not have too many titles under the belt. With its location in Latin America and clever marketing strategy, it has captured a fair share of that market with its Spanish titles.

Casino software from Leander Games is known for its intelligent and imaginative game design. Their game development team includes experts from many different backgrounds, such as mathematics, psychology, illustration, design, statistics, music and script writing. They lay great emphasis on the fact that this diverse team works with the players to create games that balance attractive design with exciting game play

Some of the most popular Leander games from belong to a trademark game series called Reely, which has a patent pending. The Reely games have a special side bet feature that allows the player to combine the video slots with other traditional games.

Another popular title from Leander Games is the slots games themed upon the Megadeth band, of the same name. The band has an exclusive deal with this company. The game has 5 reels and 40 paylines and it features the members of the Megadeth band. The slots can be played to the background of their most popular songs.

Leander Games casino software is known for it awesome art work, great audio effects, and generally good performance. The games are available in both the download version and the online flash version. All games are of course available for playing with real money, but there are also free to play versions for those who would like to try out the titles before playing with real money or for those players who just play for fun.

Leander Games is certified by AGCC. They are known for their willingness and flexibility to comply with and conform to the security requirements of each of their clients. They also check out the casinos thoroughly before they partner with them. So, even though casinos carrying Leander Games usually enjoy a good reputation and are a safe bet to play at, it is recommended that players should still check out the individual casinos and their specific terms and conditions before joining to see if it suits their requirements.

The good thing about the gaming industry is that most online casinos prefer to feature slots and games that have good features and performance, as well as popular appeal, even if it means featuring games from different software providers. This works great for a newcomer like Leander Games that provide excellent features and unique themes, but have not yet built up the portfolio to include a large variety of games like some of the veteran players in the market.

Even though Leander Games does not have as many titles under the belt as some of the companies that have been here longer, the obviously good quality of their software and their fresh ideas are getting them noticed. More and more leading casinos are choosing to partner with them.