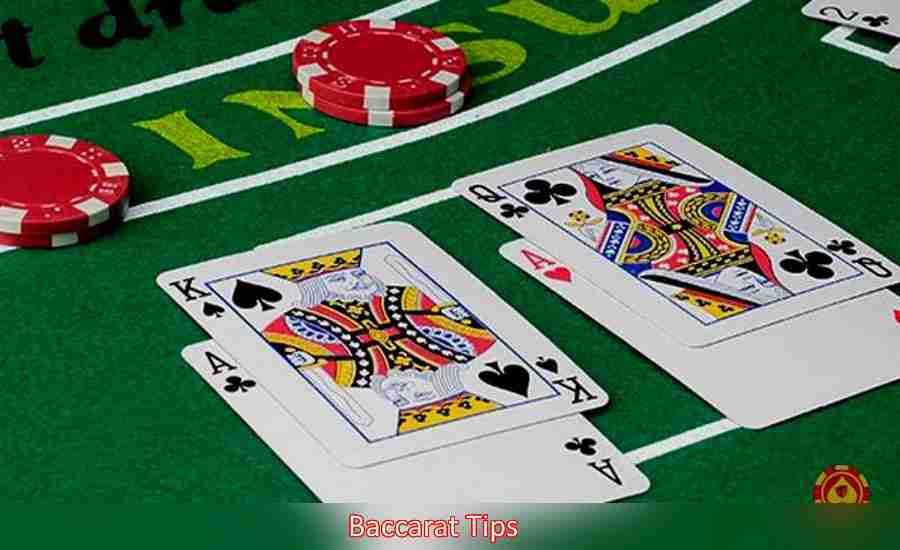 In baccarat, the casino takes a commission whenever a player wins a bet placed on the banker side. This is because betting on the banker has an inherent 1.06 percent advantage. Bets are paid at 0.95-to-1.

Twos through nines are counted at face value; tens and all jacks, queens and kings count as zero; and aces count as one. Suit is irrelevant in baccarat.

For any total over nine, only the last digit is taken – for example, a total composed of a six of clubs and a six of diamonds is two. If either the player or the banker has a total of eight or nine, it’s called a “natural” and automatically wins – unless the other hand also has a natural, in which case the two hands tie.

If the player holds a total of less than six or seven, the player draws.

It is a good idea to avoid tie bets altogether, since they give the house a significant advantage, close to 20%, in fact. By sticking to only the banker and player bets, the house advantage will remain at a minimum, thereby maximizing your chances of winning.

Betting on the player gives the house a 1.36% edge

Betting on the banker gives the house a 1.17% edge

Either way, the house has the edge and should win in the long run.

Some baccarat players believe in streaks and will bet on whatever won the last hand. This strategy does not give you better odds though as each hand is like the flip of a coin.