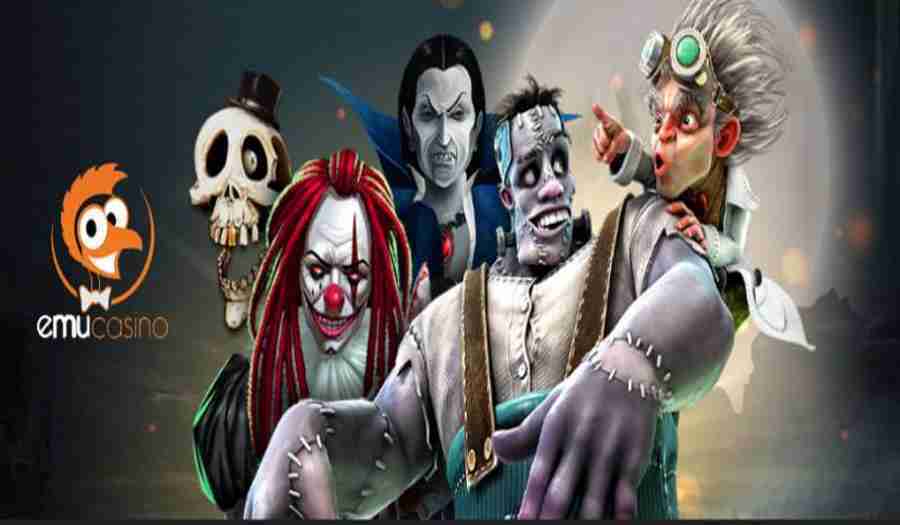 The ghosts and ghouls gain control of EmuCasino this October with a major campaign “Circus of Terror” as part of their Halloween Promotion.

With over $10,000 in bonus cash and up to 20,000 free spin bonuses on offer, this year’s Halloween promotion has all the hallmarks of a mega and successful campaign as they introduce Eddy-Wise. The know-hows of the campaign are simple and highly interactive for the players.

You simply need to deposit and make a wager, obtain a ticket and spin the Reels of Terror. Based on the results, players can claim deposit bonus cash, deposit free spins, no deposit free spins, and no deposit free spins. The ones lucky enough to make it to the bonus round of the game also have a chance to win real cash bonuses. For those unlucky souls, they enter the Joker’s Club, where a prize pool of $6,000 awaits.

So, are you ready to summon the courage to enter the Circus of Terrors?

Slot-Mania Tournament at EmuCasino this October!

What a month for games at Emu Casino, maybe not in terms of quantity as there was a launch of games 68 games on both their desktop and mobile platforms, however, they really hit the high mark in terms of quality.

Some of the highlights for players to look out for include Egyptian King and Ghosts and Gold, which were also a part of an Exclusive Casino Race Tournament.

October basically has something for everyone, for adventure seekers they have Temple Quest, Relic Hunters, and the book of faith, some action-packed pokies like Glorious Gladiators and Amazon’s Power. October also witnesses a sequel to the ever-popular The Wild Chase with The Wild Chase Tokyo Go pokie.

EmuCasino is an Australian-based casino launched in 2012. The casino grew to its reputation among its players especially Australians. The casino has a wide variety of games and is known for its casino races incentives, Loyalty points…