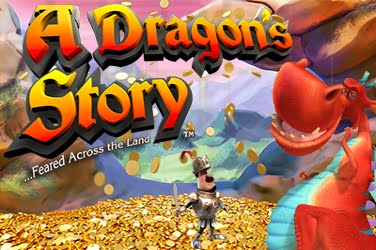 Amaya and Nextgen have collaborated together with this latest online slot release. It has 5 reels which hover in the dragon’s lair while he watches from the right. There is a cartoony feel to the game as the Dragon defends his treasures from the knight Sir William, all the gold coins filling the bottom of the screen. All the colors used in the game are bright and vibrant and the graphics are of a high quality.

Even when enjoyed on any Mobile device players can still absorb the fun atmosphere that has been created. With its comical story-line and funky music, A Dragon Story slots are already proving popular with players from around the globe.

The main symbols used in the game are in keeping with the tale that unfolds during play. There is a Stash of Gold, a Burning Shoe, a Shield, and Sir William. In addition to these, there are the usual 10 through to Ace symbols which have been given a chunky look.

A red and blue Dragon is the Wild symbol but he is more cute than terrifying. When he appears on the screen if there is a chance of creating 1 of the 25 fixed paylines it will replace another symbol. The only symbol it is unable to change is the Scatter which is shown as a large Jewel.

Should 3 or more Jewel Scatter symbols be revealed then the 10x Free Spins are awarded to the player along with all winnings receiving a 2x Multiplier. As this Bonus Round can be re-triggered it means that players have even more opportunities to add to their final balance.

Included in the format of this online slots game is a Super Bet Feature. It is something which is optional but does provide additional benefits to the player. When in the base game the RTP is 95.22%, this is based on the minimum 25 coins being placed and extra Wilds are found on the 3rd reel.

However, this percentage increases to 95.33% with 35 coins and Wilds will be included on the 2nd, 3rd, and 4th reels. For those players looking for an even higher return, they are able to place 50 coins on each spin. This will provide an RTP of 95.62% and Wilds are stacked on all 5 reels.

During the game, there is a chance for players to enjoy the Sir William Bonus Game. It is activated randomly at any point and players will be taken to a Pick Em style game. Here they will be asked to choose from Fireball symbols to reveal an additional multiplier which could be anything up to 1250x the player’s original wagered amount.

Also included in the A Dragon Story slots game is a Gamble Feature which players can take advantage of after any winning combination has been spun. Should they wish to take the risk they can choose between the Heart or Club button flashing at the bottom of the screen. If players opt for the correct color winnings are doubled, yet should they also choose the right suit the figure is quadrupled.

Offering 25 winning paylines players can wager as little as 0.25 on each spin. Yet this can rise to 50.00 for those who prefer to bet to the maximum. Meaning that this online casino game is proving appealing to both high and low rollers who enjoy its fun theme.

Helping the Dragon chase away Sir William to stop him stealing his gold, players can find various elements to the game that will keep them entertained. Along with Wilds, Scatters, Free Spins, and Multipliers there is also a random Mini-Game and a Gamble Feature to be taken advantage of. In addition, there is an opportunity for players to place more coins so that they can receive a higher RTP on their winnings.

AutoPlay is a further addition to this online slots game so players can allow the reels to spin automatically. This can either be for 5x or 10x, or until the set wager is reached. It is something which can be useful to those who prefer to be less interactive with the game.

There is numerous option that players can take advantage of with this online slots offering. This even includes the chance to increase the RTP percentage dependent on the budget that they wish to spend. With a cartoony atmosphere, players of any level can enjoy the fun of the A Dragon’s Story slots game. 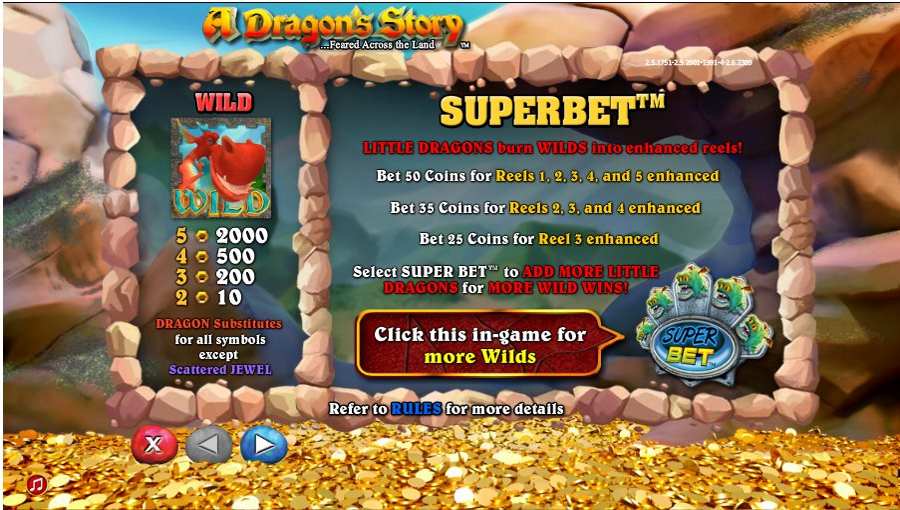 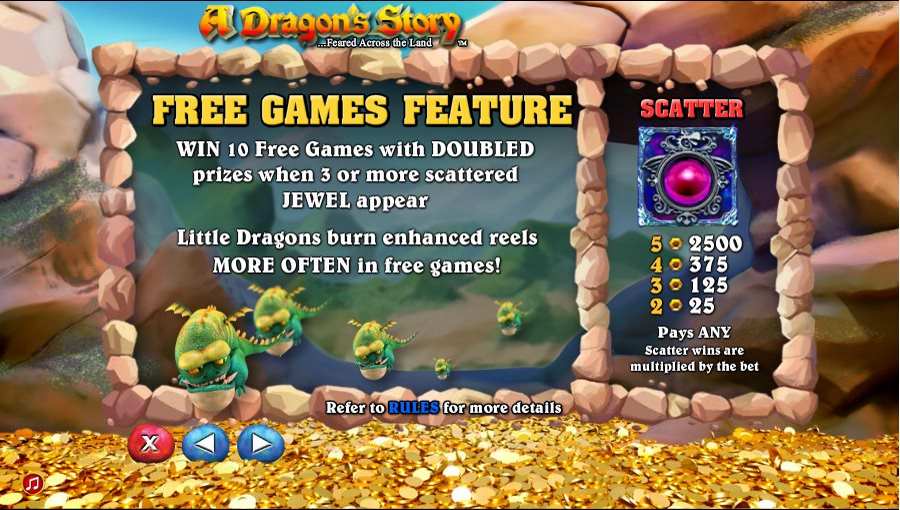 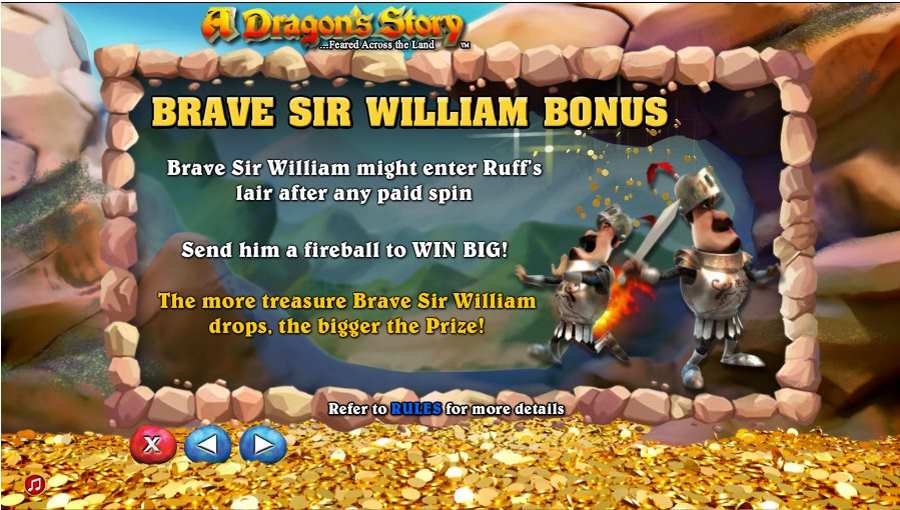 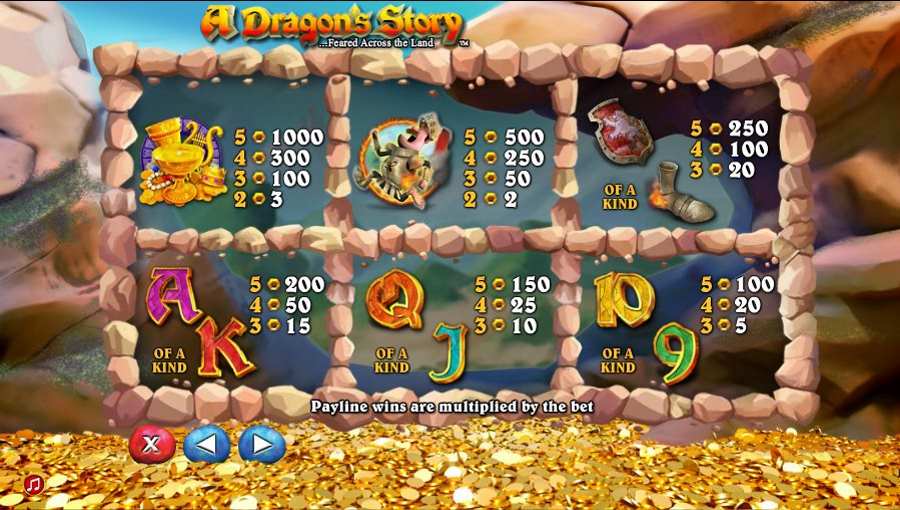 A Dragons Story is a non-progressive 5 reel 25 pay-line video slot machine game from NextGen, it has a Dragon theme, and comes with a wild symbol, scatter symbol, free spins and has a maximum jackpot win of $125000.