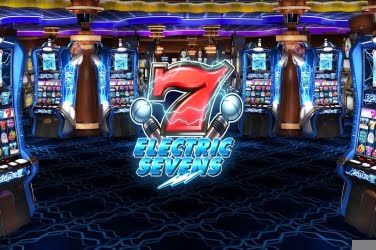 There is a real Retro look to this online slots release from Red Rake Gaming but it is still proving popular with both high and low rollers from around the globe. The format may be rather original but there are some twists to the game which are not only unique but shows the creativity of the designers.

A futuristic casino filled with old style slot machines is the setting for the Electric Sevens slots game but to add to the atmosphere there are bright sparks of light that fly across the screen during play. An upbeat track plays in the background throughout and there are various sound effects that can be heard when any of the 30 structured pay lines are created.

Some players may find that the game loads rather slowly when they are using a Desktop or Tablet. However a smooth play can be enjoyed when accessing this Red Rake release via a Mobile device. So no matter where the player may be they can feel as if they can take in all the thrills of an online casino, even if just from the comfort of their own home.

All the symbols used in this game are in keeping with the Retro theme and may remind some players of the old-style slots from years gone by. Players can find some Cherries which is the lowest paying symbol in the game. There is also a 1x Bar, 2x Bar, and 3x Bars symbol which have bright neon colors of Green, Blue, and Purple. But it is the 4x different colored 7’s that steal the show. They are vividly shown in Red, Yellow, Purple and Blue and they provide the highest pay outs when located across the reels.

This Bonus Feature provides players with numerous chances to add to their jackpot balance throughout the Electric Sevens slots game. With 3x different Wild’s on offer players can see some big returns on their initial wager, especially if betting the maximum amount

1. A “Wild” symbol takes on a classic role in this slots game so when it lands it can change any of the Basic Symbols if a winning combination can be found.
2. Players will see that some of the 7 symbols become “electrified” when they fall onto the reels, hence the title of the game.
3. This Bonus Feature occurs at random during the game and will show the 7 symbol “expand” to cover the 2nd, 3rd, and 4th reels. With this the player can find more winning pay lines to add to their initial wager.

During this Bonus Feature players will find an extra row of 7’s appear at the top of the 5 reels. These will move from right to left and if a matching symbol is found below on the same reel all the symbols will become Wild.

In addition to this if an “electrified” 7 lands at this point of the game then additional Wild symbols are added to the screen in both horizontal and vertical positions. This can help a player to increase on their initial stake if the reels fall in their favour and adds to the thrill of the game.

It is surprising to find that this online slots release can be enjoyed with just 0.06 as its lowest wagered amount. However for those players who have a bigger budget they can use the +/- button to alter their stake up to a maximum of 195.00. Then they can hit the Play button and watch the 5 reels spin in the hope of creating a winning combination and there are 30 of those to be found.

Should a player prefer to be less interactive with the Red Rake Gaming software or simply need to be away from the screen for a while there is an Auto Play Feature that can be utilized. This means that the reels will be spun automatically for either a certain amount of times or until the maximum wager is reached.

Although this game has a Low volatility it is faced paced and there are some unique twists to keep players entertained. Players can find Cascading Wilds, a Scatter symbol and a Free Spins Bonus Round. All Features that are enticing players worldwide to the Electric Sevens slots game. 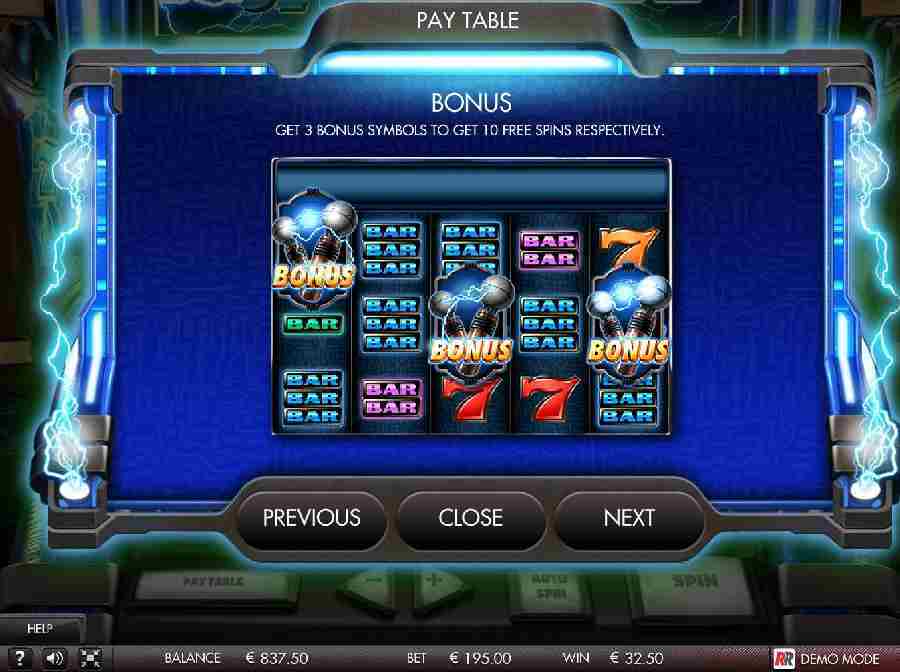 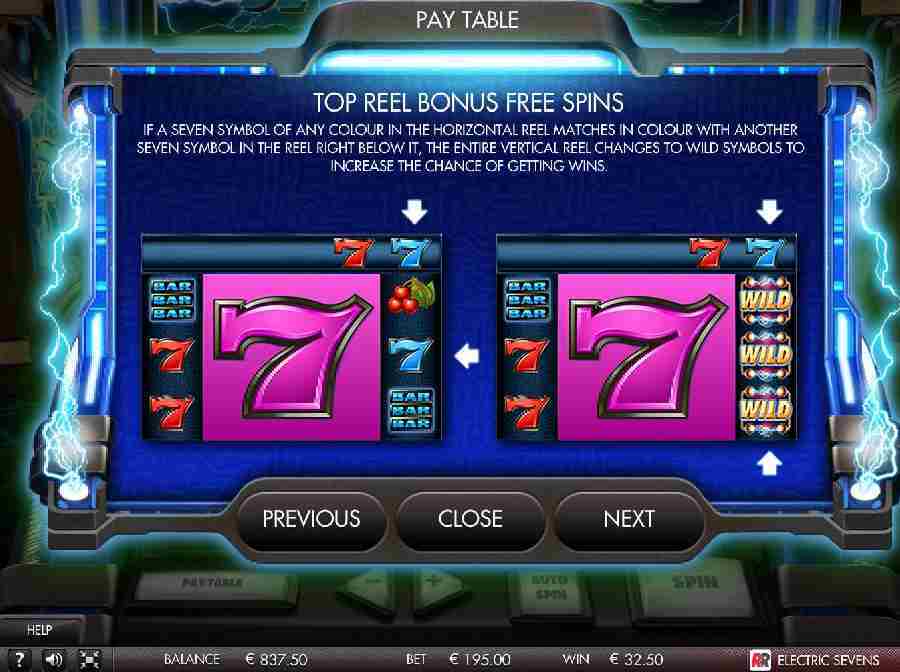 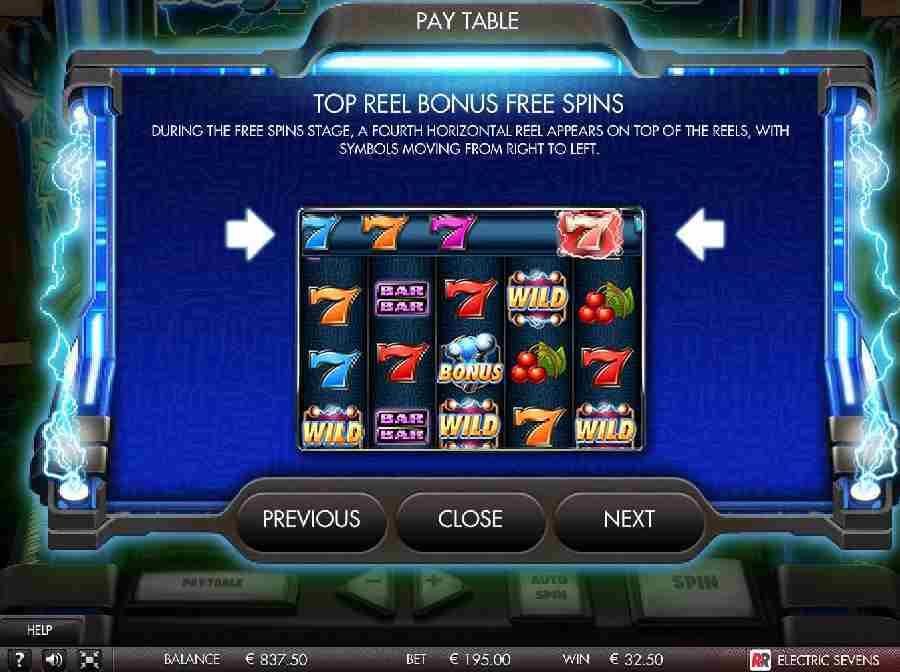 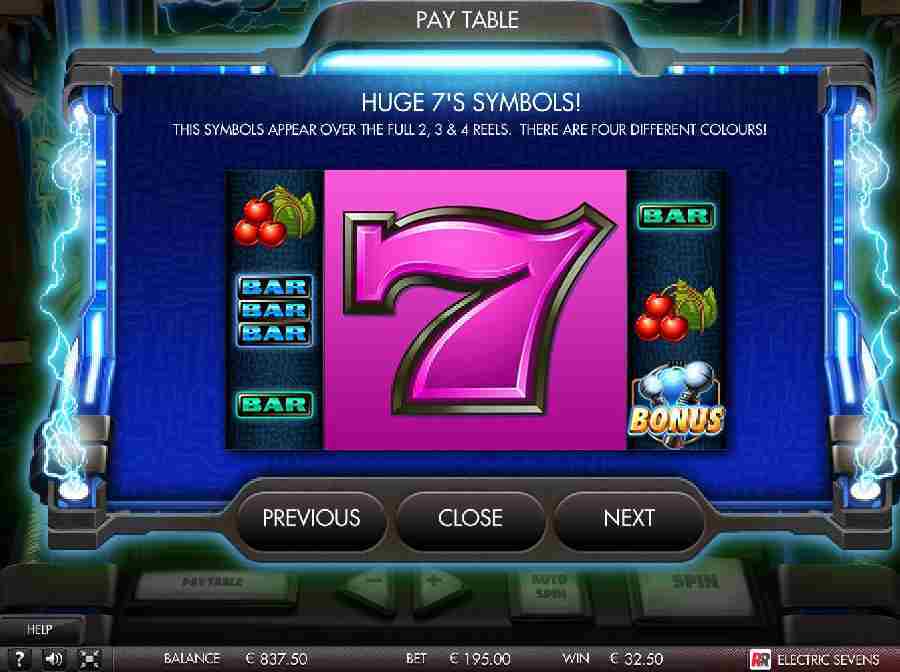 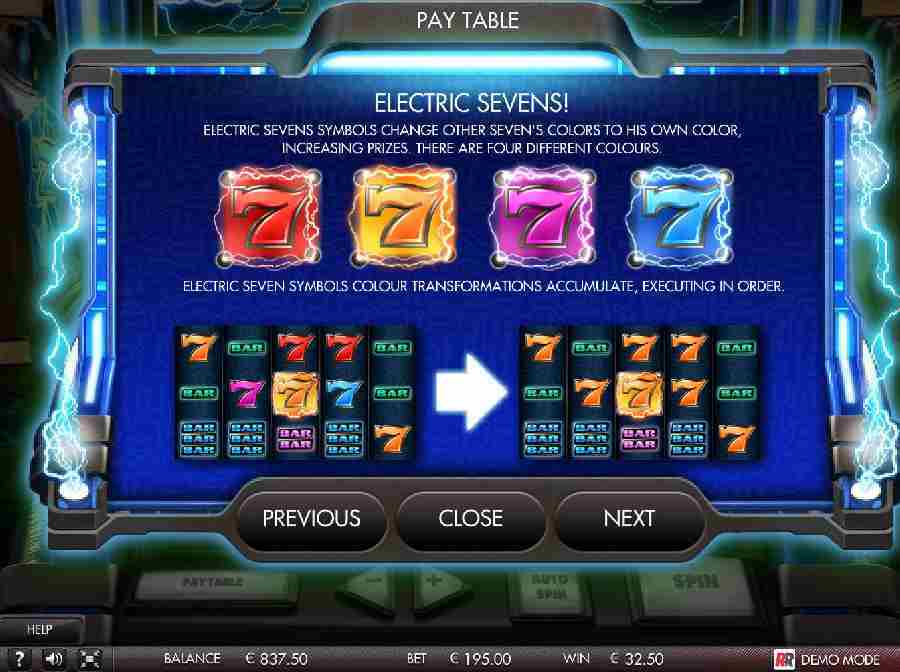 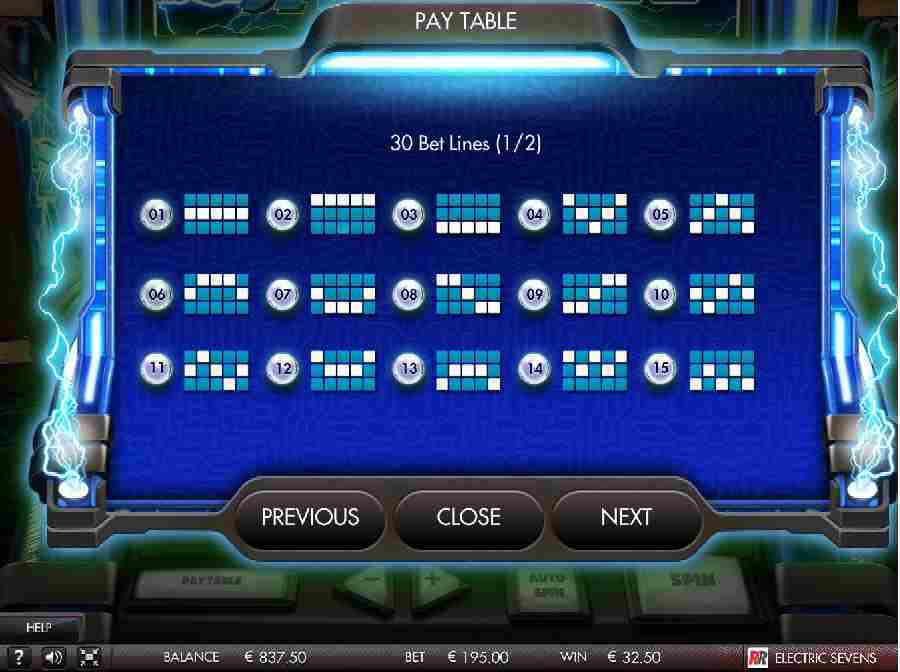 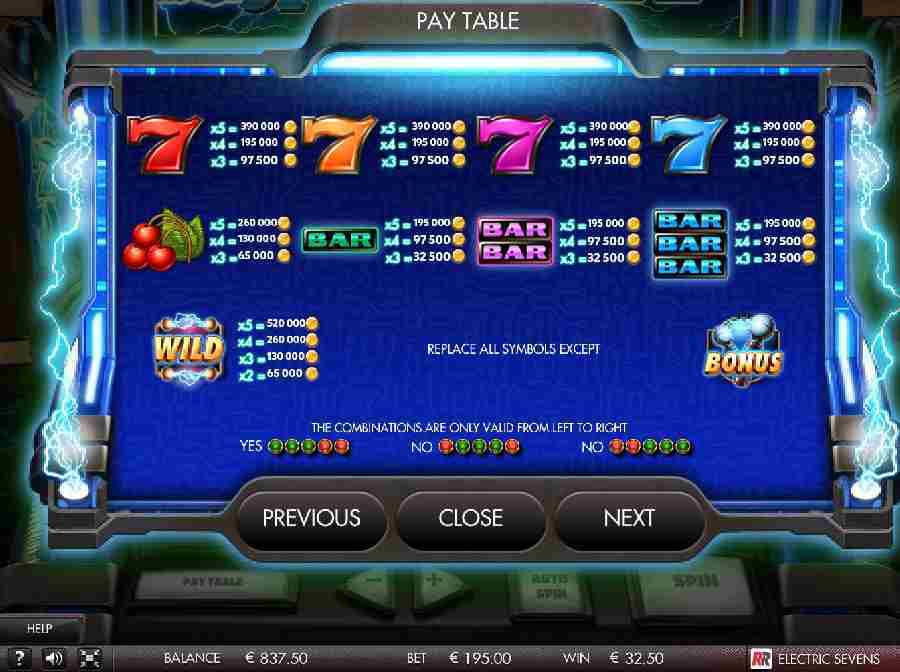 Electric Sevens is a 5×3 reel, 30 pay-line slot machine game from Red Rake Gaming. It has a retro theme, and features Cascading Wilds, Scatter & Free Spins ,with a maximum jackpot win of N/A.