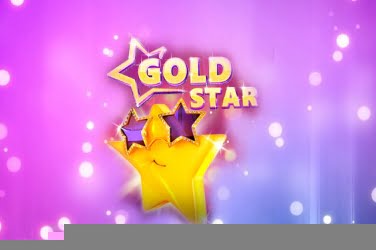 Some players may think if the Gold Stars they received at school when they see this slot games title. However, it is the Stars of the Music scene that are the inspiration for this games design. The fun Party theme and upbeat soundtrack entertaining all those players from around the globe who are in the mood to dance while they watch the 5 reels spin.

Players can take center stage to find 20 structured winning paylines to take advantage of. Brightly colored stars burst from either side of the glistening gold frame that encases the reels and they are filled with various vibrant symbols.

Available in all Red Tiger online casinos this slots game can be enjoyed on a Desktop, Tablet or Mobile device. It also has an Auto Play option which is easily accessed from the Control Panel at the bottom of the screen. So all players need to do is set the reels to spin automatically while they simply listen to the music that can be heard during the Gold Star slots game.

The game’s designers have used bright colors to decorate the striking 10 through to Ace symbols. And although these are the lowest paying symbols when they are included in a winning combination, players can claim from 2x to 100x coins which are then added to their jackpot balance.

Higher paying symbols include a Microphone, some Star-Shaped Sunglasses and a Gold Plated Turntable that offer players pay-outs ranging from 200x to 388x additional coins.

However, it is the Gold Star Logo that players need to land on the games 5 reels. 3 of these will reward 88x coins which then rises to 388x or 888x if 4 or 5 appear respectively.

Surprisingly there isn’t a Wild or Scatter symbol as such in this slots games format. Instead, there are two Bonus Symbols which both appear at random throughout the play.

Gold Disc – if this image lands on the screen it will become animated and spin around in its position before matching another alongside to create a winning combination.

Gold Star – fun animations can also be enjoyed when this rare Bonus Symbol appears. It is able to change more of the symbols and also offers higher winnings.

All the Symbols that are used within this slots game can land in a stacked position on the reels. This provides players with ample opportunities to add to their initial wager and gives a fun element to the game.

The player has 20 winning paylines but all of these need to be wagered upon before the game can begin. However, Red Tiger has kept the coin denomination at a minimum of 0.20 for each spin so it’s perfect for those with a low budget. But those players who are feeling a little more daring they can place as much as 500.00 if they want to see a higher return from their money.

Some players may not be very impressed with this latest release as there aren’t any of the usual Features included in the game’s format. Instead, the designers have used 2 Bonus Symbols to provide some added entertainment. The main aim in this slots game is for the player to generate bigger wins by landing these so that they can create more winning combinations.

However as the game doesn’t offer a Progressive Jackpot, Gamble Feature, Free Spins, Multipliers or even any Mini-Games there are few distractions during play. This means that it can prove ideal for beginners in the world of online casinos. And of course, those who prefer the slower pace of the game while they enjoy the upbeat Music.

A 95.25% RTP can be expected with this Party themed game but it does have a Low to Medium Variance. This means that payouts are low although the wins do regularly land. An additional twist also comes with the fact that winning lines can begin from any position rather than the far left reel like in other casino slots games. So although there are those players who may consider this to be rather dull and basic the Gold Star slots game is still proving popular in Red Tiger casinos around the globe. 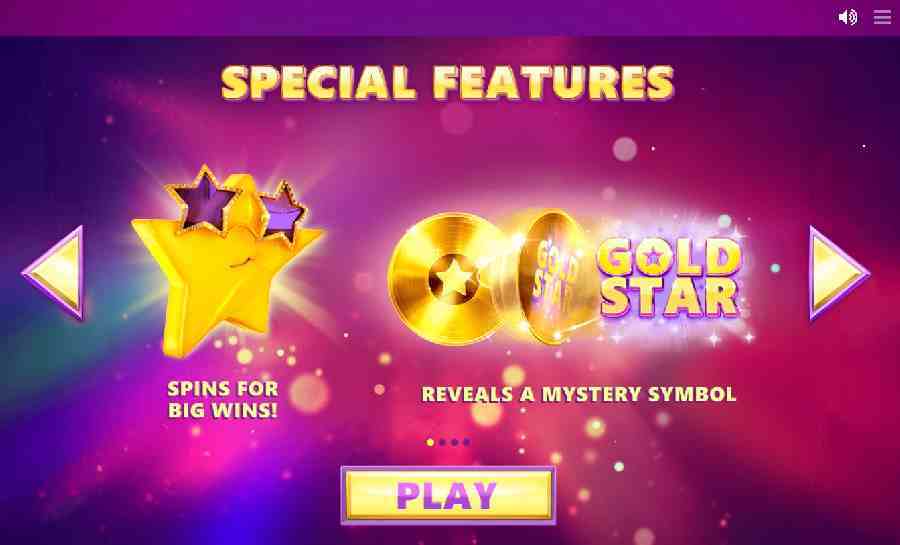 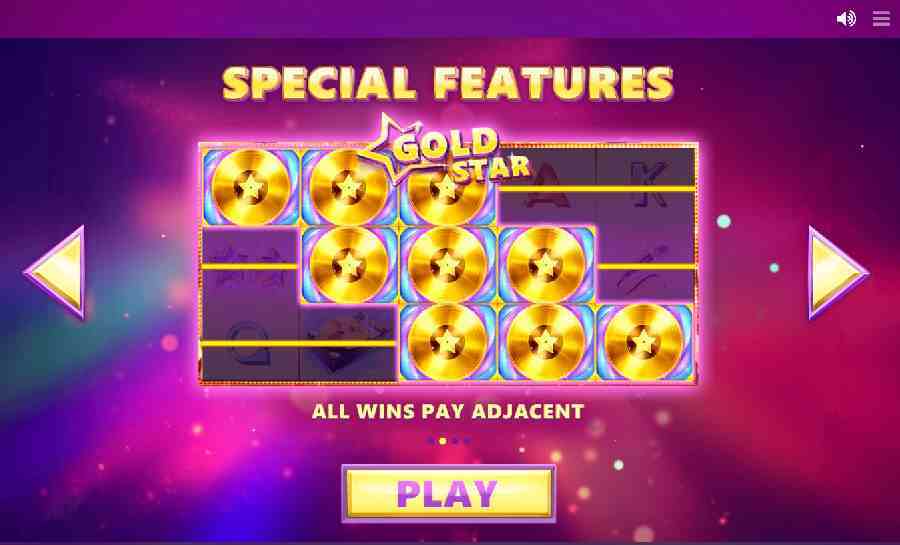 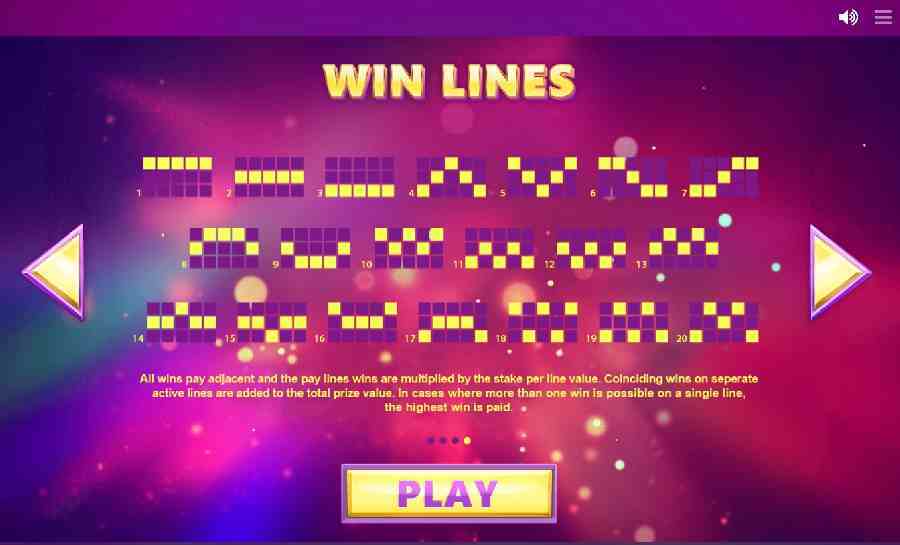 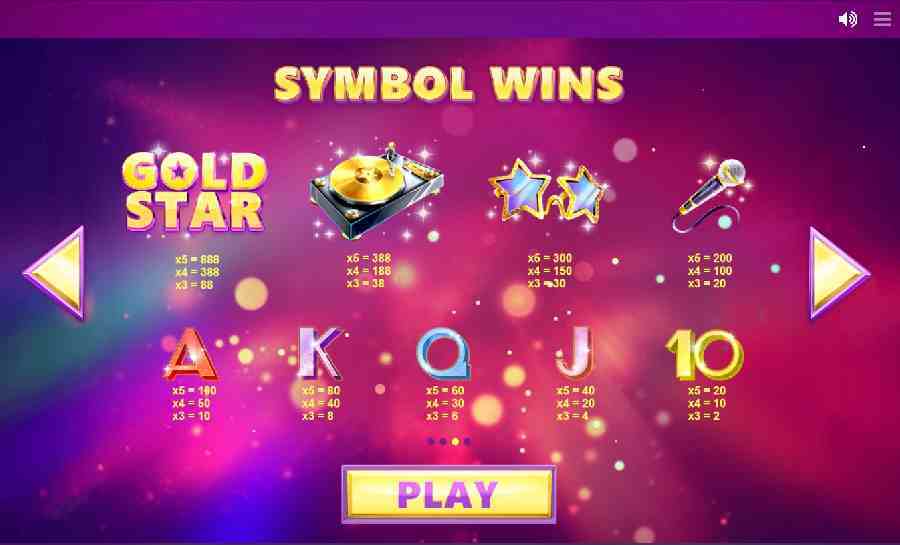