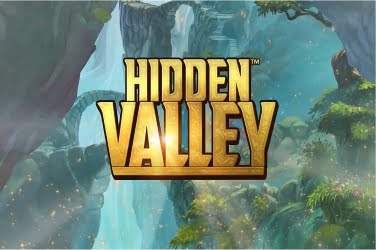 Back in Victorian times there was a group of travellers who believed in the mythical lands of Shangri-La. So they set off on their journey through the Himalayan Mountains in their search and it is this that was the inspiration for this slots release from Quickspin.

Players can find the games 5 reels set upon a rocky path which leads through greenery and flowers with snow-capped mountains in the far distance. The designers have given the game a different look however by leaving the 1st and 5th reels with just 3 rows while the central reels have 4. They are all set within a gold frame that sits to the left of the screen while Multiplier options are listed on the right.

Since its release this online slots has become a popular choice for players of any level who enjoy a more majestic and imaginative theme. All the graphics are of a high quality and the symbols have been designed in great detail. There is also a smoothness of play that can be fully appreciated whether using a Desktop, Tablet or Mobile device.

The lowest paying symbols are shown as 10 through to Ace and all have been designed in gentle shades of color. Rewarding players with a slightly higher pay out amount are the Yak and Eagle symbols that can also be found. However it is the 3 travelers who add the most to the players jackpot balance when they are included in a winning combination.

Players can find a Blonde Female, a Bearded Male and a Sherpa symbol hidden among the games 5 reels. Not only are they used in the base game but can also become extra Wilds when they appear in the Free Spins Bonus Round.

Wild – a gold “Wild” framed upon a green background can be found on any of the reels. Not only can it appear “stacked” it is also able to change any basic symbol if there is the chance of a win being generated.

Scatter – a circular “Bonus” is the Scatter symbol in this slots and when 3 or more are located the Free Spins Round will be activated.

Free Spins – Quickspin have given this Feature something of a unique twist with its design. When this point of the game begins players will be taken to a gate in the valley through which they are traveling upon which a wheel is set. When this begins to spin the outer reel will determine if any extra Wilds will be added to the game. If players are lucky enough to be awarded the maximum of 3 they are sure to see some large wins being added to their initial wager.

There are 7 to 12 Free Spins on offer here and these are chosen at random when the inner circle of the wheel lands. And although this Bonus Round may be difficult to activate there is the chance to re-trigger it at any time for additional opportunities to win.

Multiplier Wilds – players will find a Multiplier Meter at the right hand of the screen when they begin this slots game. It shows how any winnings will be given a certain Multiplier depending on the wagered amount that was originally placed before the reels were spun.

For example if the player chooses to wager the lowest stake of 0.40 they can expect a 1x or 2x Multiplier. Rising the bet to 0.60 rewards a 2x to 4x bonus while 0.90 gives a Multiplier of 3x to 6x. But should the maximum of 1.20 have been placed then the player can receive from 4x to 10x to be included in any winnings.

Located at the top of the screen is another Meter which will determine the Multiplier that is to be rewarded at random throughout the game.

With the chance to wager from as little as 0.40 on each of the 40 winning combinations this online slots is proving popular with beginners and low rollers. However as this can rise to 1.20 it is still appealing to high rollers who want to take advantage of the unique Bonus Features.

Not only can the player find a “Wild” and a “Bonus” Scatter upon the reels there are also numerous Multipliers on offer and a Free Spins Round. Meaning that the game can be lucrative especially if the maximum amount is being wagered with each spin.

Auto Play is also an option with this slots so even players who need to be away from the screen for a while can still access the game. Allowing the reels to spin for a certain amount of times or until the wager is reached with the chance of returning to a winning jackpot balance to claim.

This is definitely a game for players of any level to enjoy with all the entertaining elements that Quickspin have included. And with a 96.50% RTP it is already becoming a huge hit with players from around the globe. 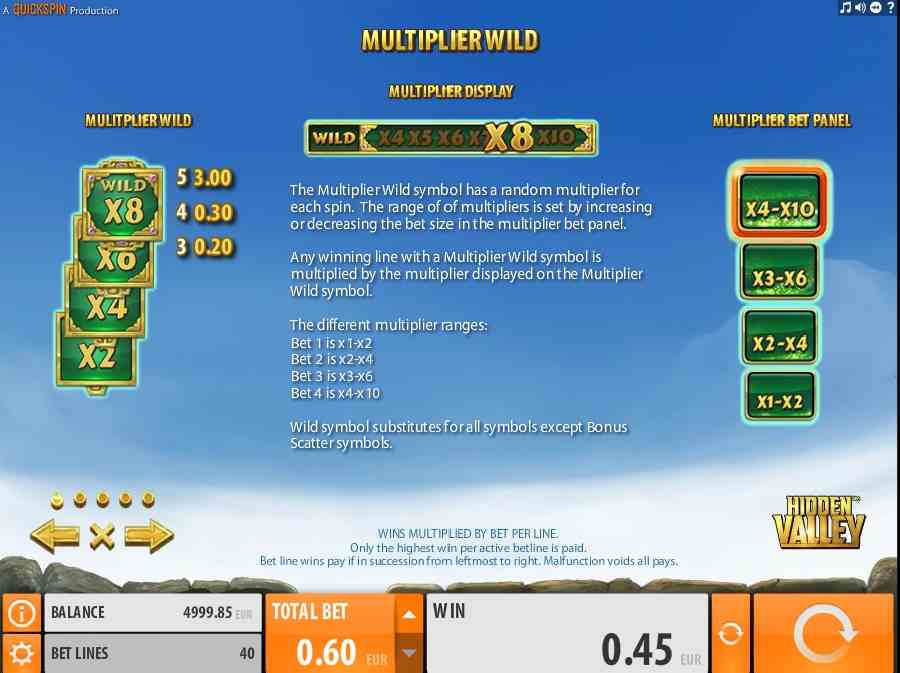 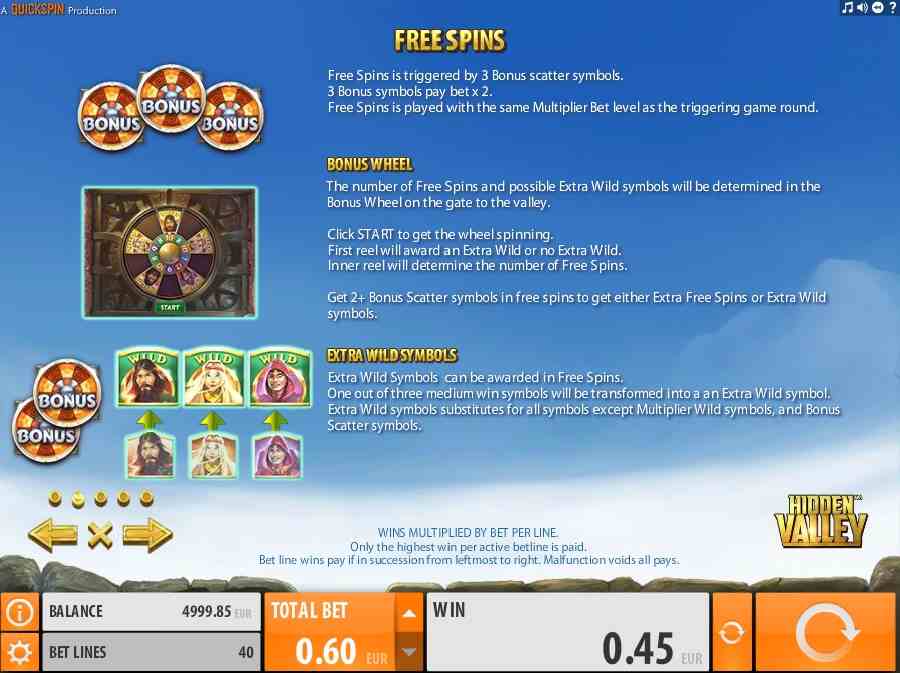 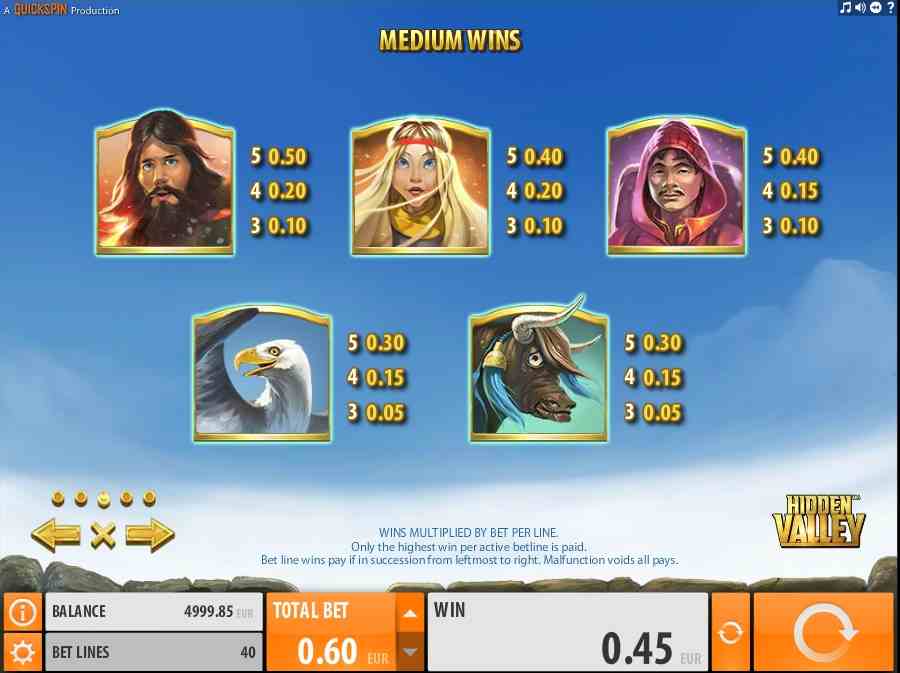 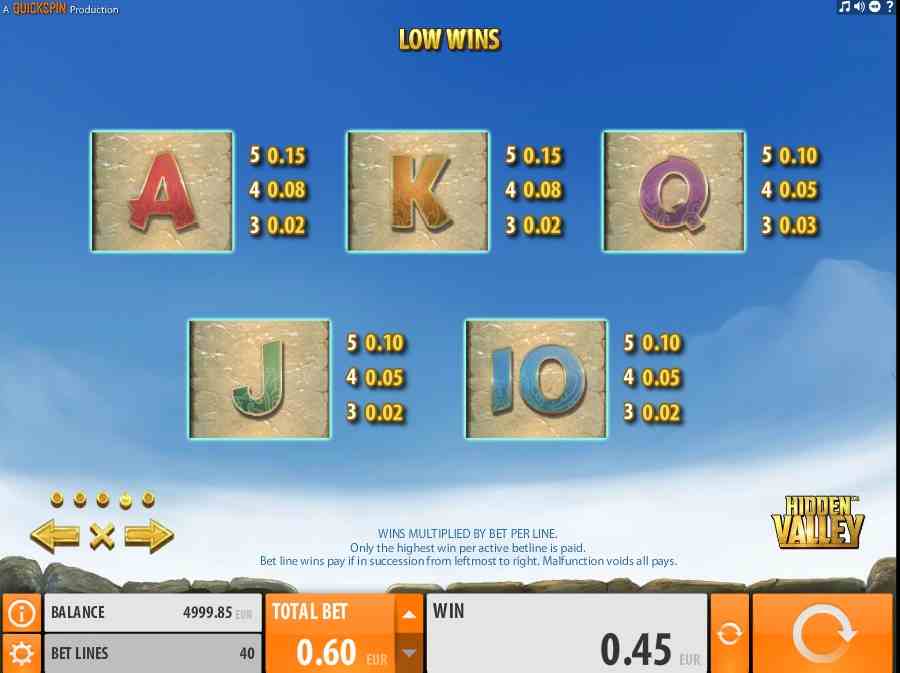 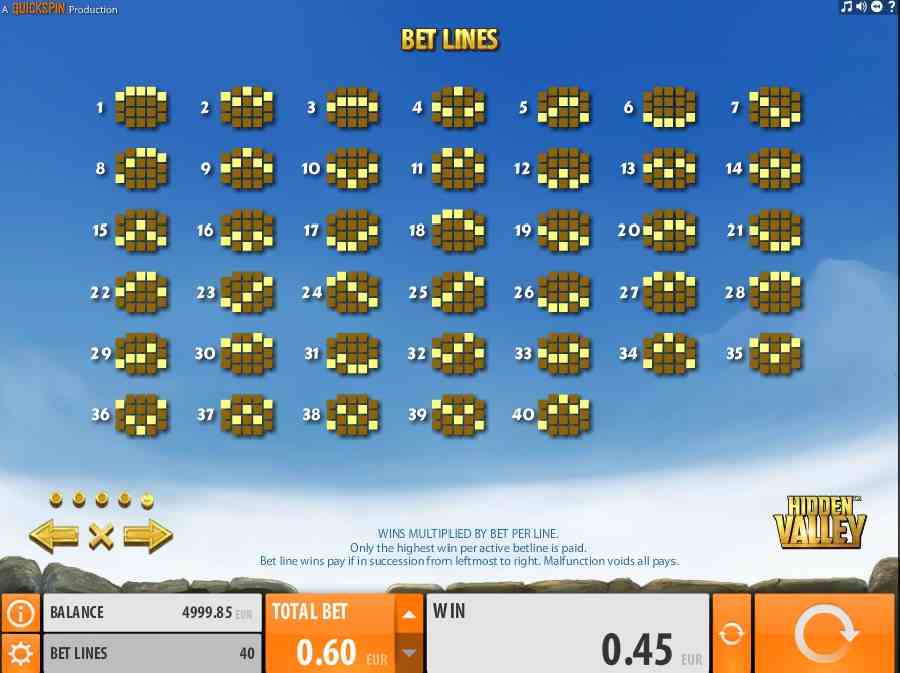 Hidden Valley is a non-progressive 5 reel 3, 4, 4, 4, 3 row, 40 bet lines video slot from Quickspin. The game features random Multiplier Wilds, with extra bet, and a Free Spins bonus with Extra Wild symbols. and has a maximum jackpot win of $3000