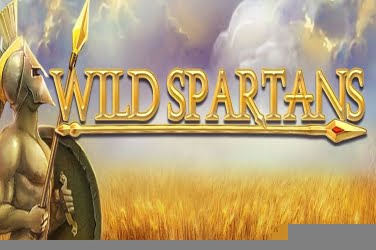 Players are returned to Ancient Greece in this slots game which has been created by Red Tiger. The 5 reels are encased within a golden frame set upon a field of grain with a cloudy blue sky above. On either side payers can see a muscular Spartan Warrior who not only watch as the reels spin but also become animated when Wild symbols appear on the screen.

There is some dramatic music playing in the background during the game which adds to the Historical theme. So once the initial wager is placed players can don their amour and join the characters in the arena. Then they can take advantage of the Bonus Features which will help to increase the final jackpot balance.

It is possible for players to access this slots game whether on a Desktop, Tablet or Mobile Device. And with the delicate colors and quality graphics that have been used in its design the Wild Spartans slots game can be enjoyed wherever the player may be.

The lowest paying symbols in the Wild Spartans slots game are the usual 10 through to Ace images that are often found in online casinos. They have been given a bold appearance in keeping with the theme and can be found across the screen throughout play.

Higher winning combinations can be created when the Dagger or Spear symbols appear on the 5 reels. However it is the Spartan Warriors Helmet that awards the highest amount in the base game and should 5 of these be found then 180 coins will be added to the players balance.

Wild – a “Wild” symbol is shown in a gold circle and will reward players with 100, 200, or 500 additional coins if 3, 4 or 5 of these are revealed respectively during any spin of the reels.

As an added Bonus Feature any Wild symbols that are shown on the screen will then become “sticky” for at least one spin. But should the Warriors at the side of the reels begin to bang their spears further spins are given so players have more opportunities to add to their winnings.

Scatter – this symbol is depicted as a Blonde-Haired Maiden who is there to watch the Warriors do battle to claim their land. When 3 or more of these are brought into play the Bonus Free Spins Round will be activated.

The amount of Free Spins that are awarded will depend on how many times the Warriors bang their spears. Also any Wild symbols that are shown become frozen in place so that there are more chances to create a winning combination during this part of the game.

Players of any level or budget can enjoy this online slots game. This is due to the fact that wagers can range from 0.20 to 60.00 with each spin of the 5 reels. And there are plenty of chances for players to add to their initial stake with the gold “Wild” symbol which provides the main feature of the game. Here they can remain in play for a random amount of spins, thus allowing more chances to increase the final amount to be claimed.

Although there is also a Free Spins Bonus Round that is activated through the Blonde-Haired Woman Scatter symbol that can be found throughout the game this does prove hard for players to trigger. This and the fact that these are the only Bonus Features included in the games format may deter some regulars to online casinos. Yet it is still proving popular with beginners and those who enjoy the slower pace of play.

It is possible for players to allow the reels of the game to spin automatically if they prefer to be less interactive with the Red Tiger software. This can be for either 10, 20, 50, or 100x which is a useful feature for those who need to be away from the screen.

Any player who enjoys a steady game that has a historic story line with up-to-date high quality graphics can absorb the atmosphere in the Wild Spartan slots game. And although its simple format may not be appealing to everyone there are still numerous players from around the globe who are enjoying all that there is on offer. 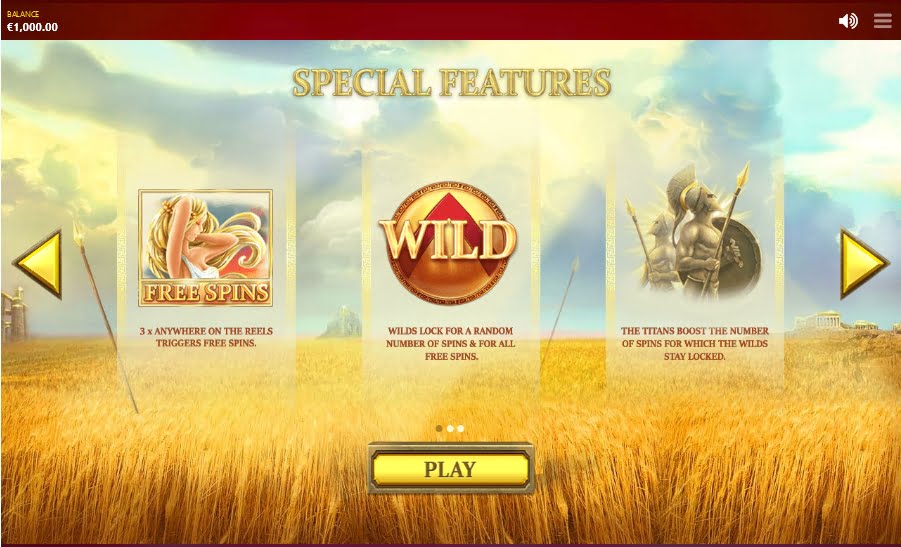 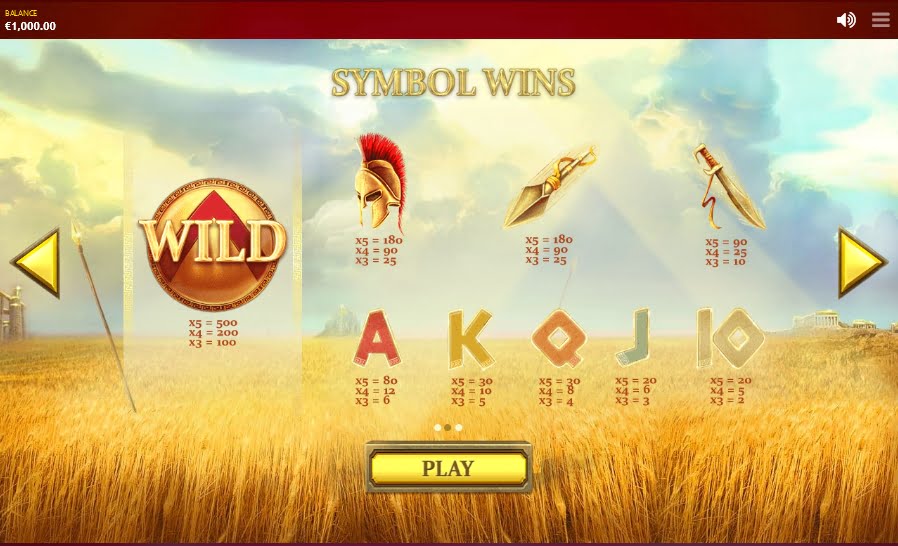 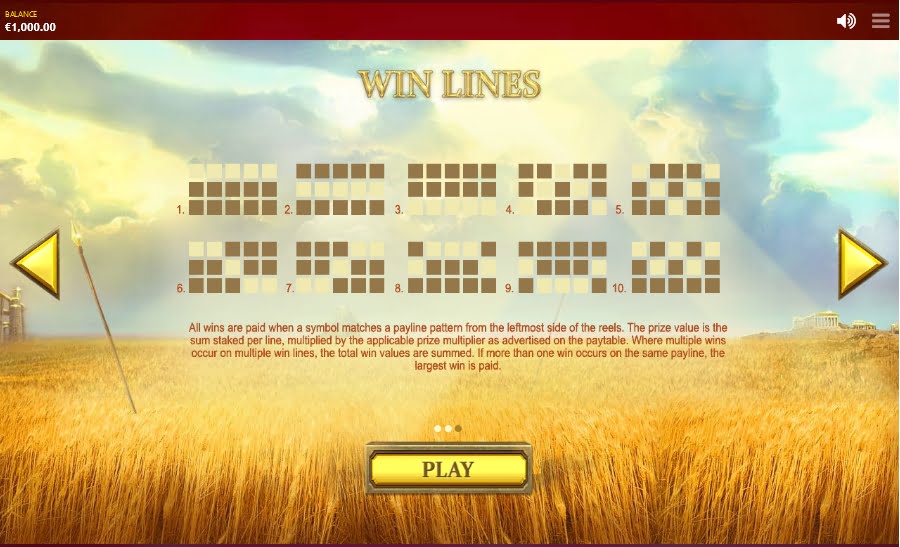