How to Play Keno With 80 Numbers

Home » Tutorial » How to Play Keno With 80 Numbers
Tutorial 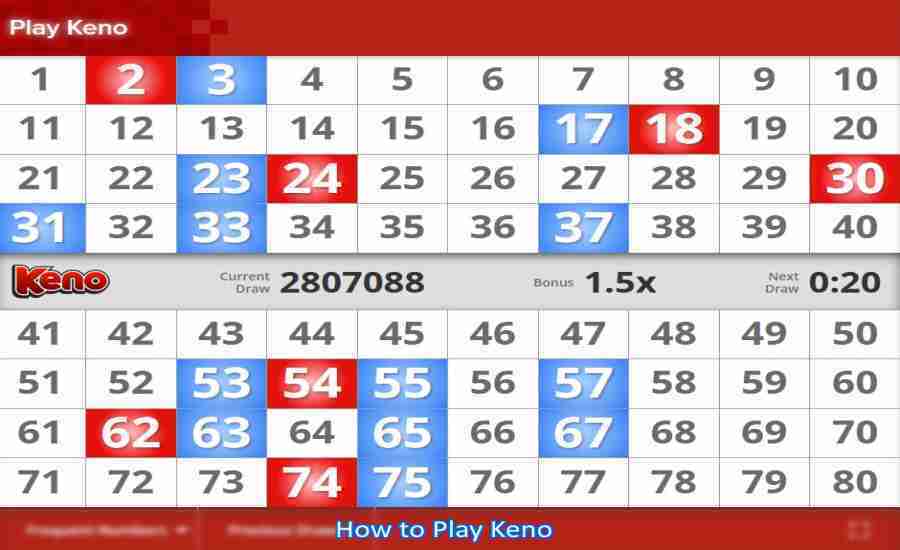 On a Keno card that has 80 numbers arranged in eight rows of ten, anywhere from 1 through 20 numbers may be marked by a Keno player in the live Keno version. The Keno card is then given to a Keno writer and the player places a wager that his chosen numbers will come out in the 20 drawn numbers in the next Keno game. There is an alternative way though. A Keno card can be given to a player sitting in one of the casino restaurants. After the Keno card is marked, a Keno runner will take the card along with the bet to the Keno writer and then the ticket is brought back to the Keno player. At present, bets are in multiples of the house minimum which is typically $1.

According to a Keno table that varies from house to house, winning tickets are paid after the 20 numbers are drawn. Payback percentage in Keno varies in every casino. Paybacks may vary from below 70% to more than 80% and because of the variation it is difficult to get an average for the Keno payback percentage.

The following are the types of bets in a Keno game:

A straight ticket in Keno is betting the numbers marked as a single wager. This type of wager is the easiest way to play Keno. However, betting more combinations is preferred by most Keno players. The “way ticket” is one of the most popular Keno methods. For instance, six numbers may be marked by a Keno player, two groups of 3 may circled and “2/3, 1/6” is marked on the side of the ticket. In order to have $1 wagers on each of two three-spot combinations and on the six-spot, the Keno player needs to bet $3.

Used in all marked combinations, the “king” is the number circled by itself. Take the previous scenario as an example and a seventh number is circled as the king. “2/4, 1/7” is marked by the player to wage two four-number combinations. Each of the three-number groupings is joined by the king as well as the seven numbers overall.

In order to catch the attention of Keno players and encourage them to place bigger bets and play more numbers, several Keno games offer progressive jackpots. And since the progressive jackpots could get high enough at times, some casino houses would put forward more than 100% payback. In the later part of the year 1994, the jackpot was offered to a $2 eight-spot ticket and went beyond $200,000 at a certain casino house in Las Vegas.