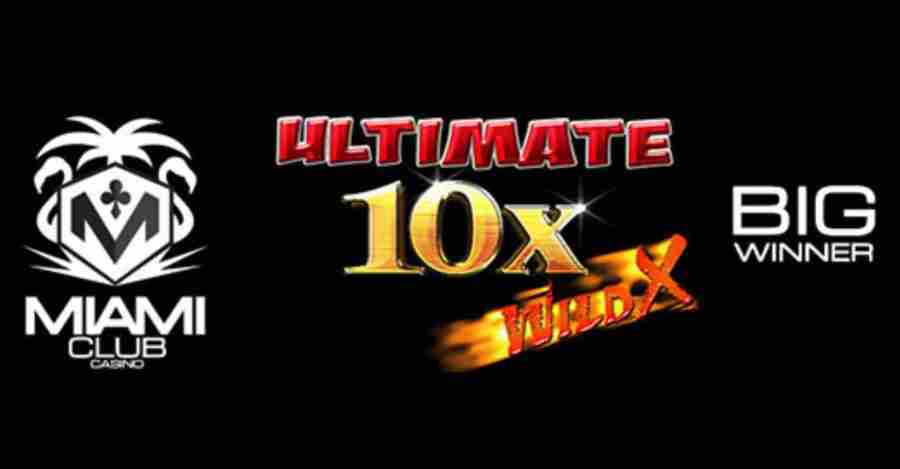 August 28th proved to be a much luckier day for Kasey R than other players at the Miami Club Casino where she was able to register not one but two big wins within a record of the time period. She waited for a year for her luck to come around

The Ultimate three-reel slot; where the progressive jackpot increases with each real money spin on the game.

To reach the limit, progressive jackpots have to be won which is the reason why this slot became popular in no time among the players especially the rookies

Kasey’s dream came true when she spun the reel of the slot with just $0.25 wager apiece and triggered a progressive jackpot. This is how she won an incredible amount of $10,260 from just $0.75. It was astonishing that she won this much with just $38 in her balance.

Told by Kasey herself, she is not a big enthusiast when it comes to gambling hence this win was not anticipated at all. She stated herself not as a ‘high roller’ rather as a player who plays for fun and does not like to take too many risks with her bets.

She did not finish just at that. After hitting that golden jackpot, she decided to try her luck at something other than the Ultimate 10X three-reel slot and landed on the new Triple Gold Slot.

This slot is a 3-reel masterpiece from WGS gaming where one, two, or three coins can be wagered by the players on each spin even though the only higher number of wagers has greater prizes. Unlike the Ultimate 10X, this slot offers 5000 coins for every coin that is wagered meaning you can win a total of 15,000 coin jackpots on a Three Triple Winds.

The limit does not end at the 15,000 jackpot. You can win bigger prizes if you land on higher-paying symbols with two Wilds which means your regular win will be multiplied by 81.

Kasey tried her luck with a coin bet size of $2.00 from her initial win and wagered a total of $6.00. To her luck, the reels landed on the Triple bar symbol and the Wild Symbols resulting in a staggering win of 81x the normal win size or the bet. This meant her $6.00 wager turned into an unbelievable amount of $19,440 win.

Shortly after the tremendous wins, she was asked how she planned to enjoy her fortunes by the casino owners who were delighted by her wins, to which she replied: “You keep paying, I’ll keep playing!”

Kasey’s win excited many other players as well which resulted in more players trying their luck on the new slots at Miami Club Casino. Many other layers risk their bets on a choice of 130 different slot games along with table games and video poker and win various prizes and sometimes fortunes like Kasey herself.

The nightlife that Miami offers is famous for its fine dining and drinking. Miami club casino tries to stay true …