Master Keno – How to Pick Your Numbers in Keno 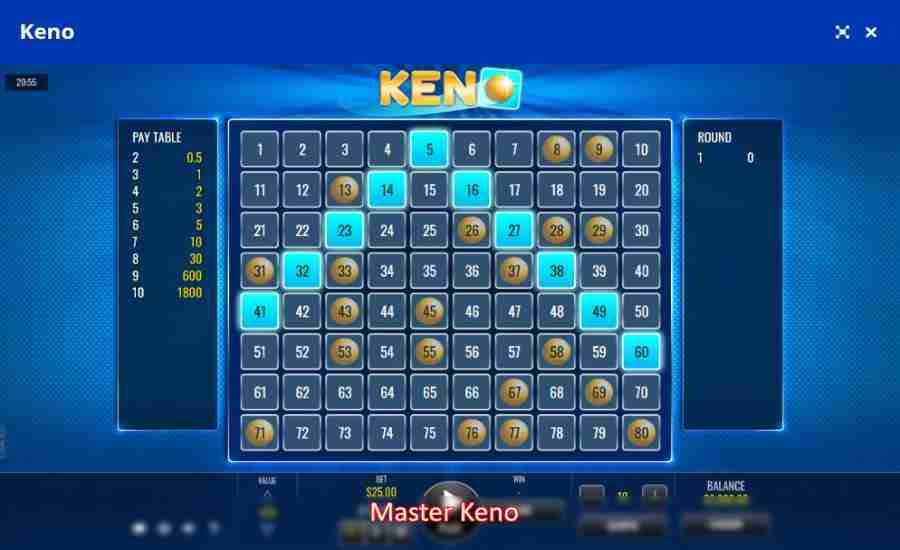 The numbers chosen is the central element of Keno. You will get greater chances of having a match if you bet on more numbers. However, the probability of getting a complete match decreases if many numbers are marked on your Keno card. The percentage of matched numbers is the basis of the Keno payout. Hence, it is better to have three numbers marked and match all three of them (100%) compared to having ten marked and matching only five (50%). A huge sum of money can be won if a Keno player gets a complete 15 number match. But since Keno is purely a game or luck, this just doesn’t happen regularly even with all strategies available.

How to Pick Your Numbers in Keno

Computers randomly select the number you have to match so it is impossible to forecast what they are going to be. In speculation, each number has an equal chance of coming up but knowing how to increase the chances of choosing the right numbers is an ability assumed by some Keno players out there.

Play on Regulars or Odds

One suggested way of playing Keno is to choose “the odd ones” or the numbers you haven’t seen coming up for a while. The logic behind this is that these numbers are bound to come up because they haven’t been drawn for quite some time. But this interpretation has no scientific basis and has not been actually proven to be effective. That is the reason why some Keno players pick “the regulars” or the numbers that usually come up.

successive numbers such as 13 and 14 or 54 and 55 is another popular scheme in Keno. Some players say that it is effective but then again there is no actual proof that it truly works.

So that the Keno card is evenly marked on both halves, a Keno player can also try to spread the numbers over the card. Visually, it may appear that a player has greater chances of winning . But when compared to any other strategies, the odds of winning are not really any greater at all.

One has to play many Keno games so as to be able to apply the above-mentioned strategies. Rationally, the number of games you play doesn’t really matter. A variety of number combinations will be endlessly generated by the computer. It is impossible to foretell the upcoming numbers even if you sit glued to the screen for years with a photographic memory.

Monitoring the amount you are betting is an important Keno strategy. A player stands a better chance of not losing control of his actual earnings if he sets the amount he is going to spend ahead of time

How to Bring in the Highest Prize

If your aim is to really make money in Keno, you need to verify how much will be paid by the casinos for the amount of numbers that you choose. For the serious player, an extra reward might be given by some casinos.