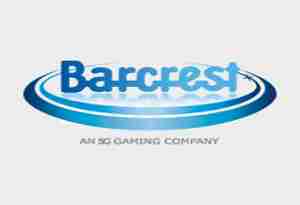 Barcrest Games needs no introduction. The company is one of the oldest and most accomplished software providers as casino games go and almost all players, whether in land or online casinos, have come across some Barcrest Games.

The UK based game developer was established way back in 1968 and went on to become the premier software provider for most British casinos and pubs.

The popularity of Barcrest games grew through the ’70s and peaked in the’ 80s before slightly declining in the 90s, with the growth of online gambling.

Barcrest survived the tough times and was bought by the American firm, International Game Technology (IGT) in 1998. Barcrest Games then changed ownership in 2011 when it was acquired by Scientific Games.

Despite tough competition from the newer, more versatile developers, Barcrest still maintains a sizeable share of the market – a true testament to the quality of their games.

As a fact, Barcrest is more known for their land casino slots than anything else. Some of their iconic slots which remain etched in the hearts of thousands of players in Britain include Rainbow Riches, Ooh Aah Dracula and Monty’s Millions. With the company’s foray into the world of online gambling, these games, along with new releases, have all been made available for online gaming. Even better, Barcrest have developed from scratch tens of games with online play in mind. These games, including the likes of Merry Money and King of the Aztec, feature some new generation graphics and impressive effects, not forgetting some amazing bonus features.

As it were, Barcrest Games wouldn’t have come this far if they didn’t have smart business minds running the show. And in business, it always about knowing who to partner with and who to shun, depending on what they bring to the table. Barcrest has partnered with several big online casinos including Coral and Casumo Casinos to bring their fans the Barcrest experience. This way, they are able to closely monitor and improve the quality and performance of their games in addition to getting direct feedback from the players themselves through the sites. This, in addition to their recognizable brand name, always keeps them a step ahead of the rest.

For many players, the hallmark of a great casino is big bonuses and regular bonus promotions. Normally, software providers, like Barcrest are the main drivers of these bonuses as they integrate them into their games. Matter of fact, nearly all, if not all, of the casinos hosting Barcrest games offer amazing bonus features, including the ever-popular no deposit bonuses, which are the craze nowadays. Casino Casumos, for instance, which hosts over 25 Barcrest slots, awards new players some 200 free spins and 5 types of deposit bonuses, distributed over different times, which total £1,200. And that is just one casino. Other than that, there are a variety of ways in which players can get to win different cash and gift prizes by participating in promotions and even the progressive jackpots.

Most of the casinos offering Barcrest games actually allow their players to play the games via flash or instant play, thereby eliminating the need to download the software. Flash/instant play has been touted as the way to the future and consequently embraced by most online casinos. Nonetheless, it still has some challenges, challenges chief among them being some lags when loading the game. This is not the case with the downloaded versions, which are relatively faster and more high quality. That said, there are quite a few Barcrest casinos offering downloadable versions, which won’t augur well with casual players who are not interested in installing heavy software in their PCs. Otherwise, the instant play version works just fine. Certainly not the best but, it gets the job done.

The good, or bad, thing about online casinos is that they undergo constant and regular tests and audits by internet betting controls bodies to ensure they meet the requirements. In Barcrest’s case, the auditing is two edged – first, the company itself is tested for requirement compliance and regular game audits are conducted by eCOGRA, which is a renown quality body. Second, the casinos hosting their games are also independently audited by bodies such as eCOGRA and TST to ascertain whether they meet the required fairness and safety standards. Most importantly, Barcrest Games is licensed, and has been since 1968, in the UK as a casino games developer and not once has it lost the license despite exchanging ownership a couple times.