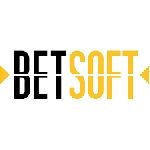 Betsoft Gaming was established in 1999. Even though it was a late player in the online casino industry as compared to some of the others, that did not stop Betsoft casino software from becoming one of the leading and among the most innovative brand names in the gaming market today.

The BetSoft software is available at some of the most popular Betsoft Casinos listed here. Their games are known for their high-quality video and 3D cinematic graphics, quirky and enjoyable themes, as well as a plethora of sophisticated features.

One of the most unique features of all Betsoft slots is their high production values that are at par with those found in the best movies and high-end video games. Betsoft was the first company to bring true 3D cinematic gaming and the SLOTS3 series, and currently owns the trademark for a series of slot games called Slots3™. Interesting storylines and exciting and provocative audio make these slot games very interesting and enjoyable. These are all five-reel video slots, with multiple pay lines, which usually range from 20 to 30. The players also have the option of playing with multiple coins per line.

These video slots are based upon a number of themes ranging from movies to fantasy to pop culture. Two of their most popular slot games are Slotfather 2, where you try to run a crime syndicate, and Mr. Vegas, based around a big grinning imaginary character. Betsoft also has traditional slot games for those who enjoy them. These slots are available in both the three-reel and five-reel varieties.

Poker3 is another innovative 3D take on gaming from Betsoft. It combines 3D graphics with intuitive gameplay to create a unique gaming experience. The best part about Poker3 is that it is flash-based, so the player does not have to download the game. The strong back end ensures that their game load times and response times are noticeably low.

The VIRTUALRACEBOOK 3D allows players to bet on a 3D motion film of horse racing. Betsoft has also released a number of premier table games that recreate the experience of playing at a land-based casino such as craps, roulette, baccarat, and blackjack. There are ten different variants of blackjack alone. Other popular table games such as Pai Gow Poker and Caribbean Poker are also available.

Betsoft games are available in both, the download versions as well as the flash-based, non-download versions. The games are well designed to load quickly and run seamlessly on most configurations and operating systems. The high level of customization options that range from the lobby of the casino to the felt on the tabletops makes for a highly personalized gaming experience for the players.

The Betsoft Gaming Company ensures that they stringently follow all regulatory requirements. For instance, they have been certified by AGCCC which is also known as Alderney Gambling Control Commission’s Associate Certificate. This, along with strict control on game fairness in the software, means that they have made a good name for themselves in the industry.