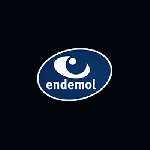 The Endemol Games Casino Software has been in the business of producing top-quality online casino products in-house for over five years. The gaming concern has a proven track record, creating TV branded games and original concept titles, along with 3rd party-branded gaming products for global distribution. Endemol gaming is the global leader of entertainment programming as well as the biggest independent TV, digital production, and cross-platform games company the world over.

Endemol produces over 40,000 hours of programming every year, from over 500 different shows broadcast in roughly 200 countries. They’re also behind a host of numerous award-winning original digital products, and this is just among the many other growing online accomplishments.

The Endemol Games unit is a specialized setup within the Endemol Games Software Company whose job is to create next-generation-crafted as well as compelling online games. Endemol Games not only produce but also license the most successful TV branded game titles for the online, land-based casinos, mobile gaming, and lotteries around the world.

Using combined logic and intuition, their titles have translated into being among the best performing gaming offers online through the use of relatively simple concepts. Endemol Games online slots are perfectly based on the TV shows that bear the same names. They’re all packed with 5 reels and either 20 or 25 winning paylines. The gaming concern has as well created a suite of original non-branded casino games which features very simple yet quite innovative concepts.

The success of Endemol Gaming Software Company’s in-house game offers has attracted a wealth of other eminent brand owners who have realized the huge potential that comes with branded slots. Therefore, by employing Endemol’s creative team of professionals to bring their games to the world, they too stand to greatly benefit from the success. Endemol gaming chiefly prides itself as “the global leader in entertainment programming and the largest independent TV, cross-platform and digital production company in the world.”

Their games are offered at numerous online casinos and any online outfit that’s seeking to outsource their software products may use Endemol’s games software. Their mobile gaming activities have also seen them license online brands like Golden Balls, DOND, and 1 vs 100 to leading mobile game publishers Gameloft and Electronic Arts Mobile (EA Mobile).

Endemol Games slots have a variety of bonus symbols like scatters plus wilds. Most also come with immersive bonus rounds that are not mere picking rounds; each branded title comes with a bonus round (or two) relevant to whichever TV show it is based upon. This is certainly why Endemol gaming is proving to be quite as popular as their actual game shows.

Since none of Endemol Games require a download, players may launch their games in the instant Flash mode provided they have the latest version of Flash player in their operating systems. Additionally, simply hovering over the game a player is interested in playing then clicking it directly makes it load in approximately 10 seconds. Players may also opt to practice any game in the free play demo mode that uses fun chips, or jump straight onto the real-cash mode.

Endemol Gaming Software Company produces genuine game titles that are constantly audited and this facet makes it possible to give gaming players a seamless experience that is based on a guaranteed level of fairness and security.