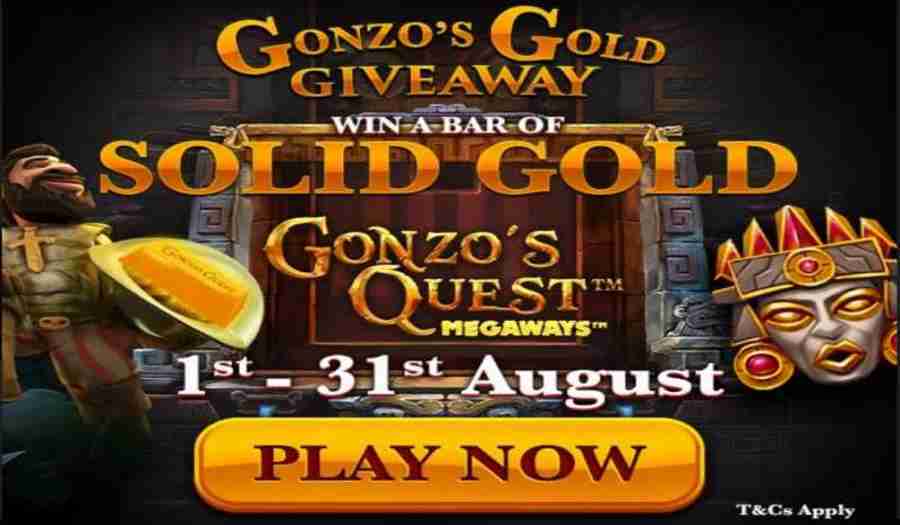 This August Jumpman is giving one lucky player the chance to win a bar of Solid Gold!

Players get the chance to win a bar of solid gold by simply wagering £10 on the brand-new Gonzo’s Gold Megaways in August.

It’s a really cool new game (from Red Tiger) with a  very high rating – it’s a sequel to the top performer ‘Gonzo’s Gold’ (by NetEnt).

This promotion will be live on all Jumpman sites ( listed below ) throughout August and all players are welcome.

Full T&C’s: All players who wager £10 on Gonzo’s Quest Megaways between 1st – 31st August 2020 will be entered into the prize draw, and can collect one further entry into the prize draw for every extra Â£10 wagered on the game during the promotional dates.

The prize draw is held across all Jumpman gaming sites. The winning prize for this promotion is a 1x 1oz bar of solid gold, RRP £1,435. The winner may opt for a cash prize alternative of £1,435, which will be credited to their account as Real Cash. The winning player will be contacted by email within 7 days of the promotion ending.

Win a bar of Solid Gold at These Online Casinos

NetEnt released its Gonzo’s Quest slot exactly 10 years ago in 2010 which was a big success, making headlines for the first slot game to feature cascading symbols.

Gonzo’s Quest could be the most successful slot ever released by a slot developer. It continues to enjoy a strong and faithful following, which is why the news that NetEnt, in partnership with Red Tiger studio will be releasing on July 23, a sequel called Gonzo’s Quest Megaways, which recently made the headlines on the online gambling news. 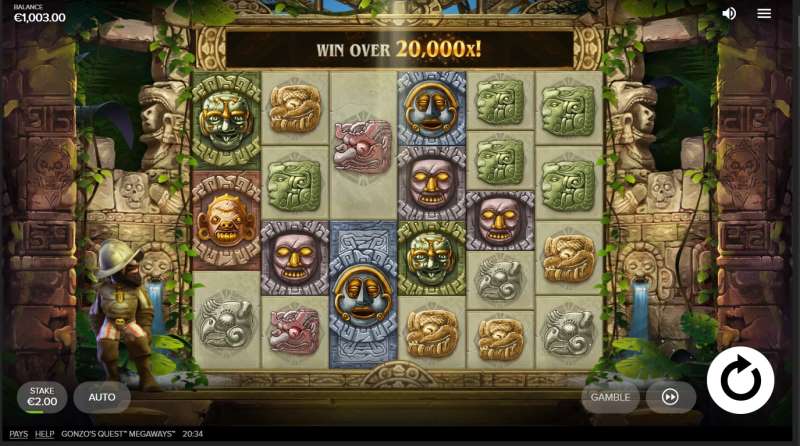 18+ T&Cs apply to the offers above, click ‘Claim Bonus’ for more details.

All games on this list are regulated by the UKGC or both the UKGC and AGCC. Registered business address (no correspondence): Inchalla, Le Val, GY9 3UL, Alderney.