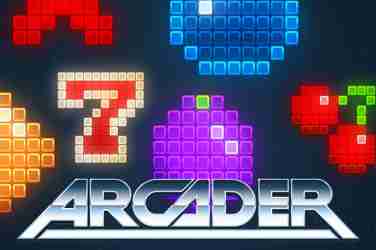 Arcader will transport players back to the 1980’s and perhaps remind them of the old-style Space Invaders game from that era. The mountains of an alien planet are in the forefront of the screen with a dark starry sky in the background. Columns of alternating heights are used as the games 5 reels and each is filled with 3D pixelated 8 bit symbols set upon a deep black. And the nostalgic feel continues with the synth style soundtrack that plays throughout this online casino game.

Since its release in December 2015 players have been able to access this game whether on a Desktop, Tablet or Mobile device. The high quality graphics and chunky look of the symbols taking players on a trip down memory lane as they set the reels to spin. Its bright design appearing striking on any size screen.

Players can take advantage of 15 structured paylines along with various Wilds and other Bonus Features in the Arcader slots game. All helping to create more winning combinations to be included in the final cash out balance.

Keeping with the Retro theme Fruit are used as the lowest paying symbols in this online slots game. Players can find some Cherries, a Plum, an Orange, a Lemon, and a Watermelon. Giving a slightly higher amount when they help to complete a winning combination is a number 7, a Bell, and a Bar symbol.

Wild – players can benefit from 3 different Wild symbols in this games format and the 1st of these is a simple “W” image. This can change any basic symbols when is appears on the reels to create more winning paylines which will then be added to the players jackpot balance.

An Arrow symbol acts as another Wild within the game and when this land it will Expand to fill the reel. If it is able to generate a win for the player the game will always opt for the highest amount so they are due to get more of a return on their initial wager.

Scatter – this is a white “B” which has a lit green frame to highlight the symbol. The Free Spins Bonus Round is activated when just 3 of these land. 9x Free Spins are given at this point in the game but it is the Multiplier that is decided by how many of the symbol have appeared.

3x Scatter symbols give just a 1x Multiplier, however this rises to 3x and an impressive 9x if all 5 fill the screen. In addition to this if a Wild symbol is spun it will become “Sticky” and remain on the reels until this Bonus Feature has ended.

Pick ‘Em and Multiplier Bonus – a white “M” with a purple frame offers an additional Feature in this slots release. 4x of these will reward the player with a 2x Multiplier while 5x increases any winnings 6x. Now the player can enjoy a Pick ‘Em style game where the symbols on the screen will reveal a cash prize to be added to the total balance. This stage of the game will continue until the player uncovers the large red “X”.

There are 15 winning paylines in this slots game from Thunderkick and there are numerous chances for players to add to their initial stake. Before the game can begin players must first decide how much they wish to bet on the 1st spin. This can range from 0.20 to 100.00 which makes it a game that can be enjoyed by both high and low rollers.

During the game players will hear a female voice encouraging them with phrases such as “awesome”, “great” and “nice win”. It adds a fun element to the game while players take advantage of all the Bonus Features that have been provided.

Auto Play is a useful Feature that the Thunderkick designers have included in the games format. This means that players can still leave the reels to spin automatically while they are busy doing other things. But with all the action that can be found here many players are simply hypnotized by the nostalgic feel of the game and prefer to be more interactive with the software.

This is a Medium variance game which boasts a RTP of 96.10% which is a factor that has proven appealing to many players who love the 80’s Retro look of this slots release. The Arcader slots game is creative and offer players Wilds, Multipliers, Free Spins and a Mini-Game to ensure there is plenty of entertainment while they watch their jackpot grow.

– Try Arcader here with a free spin or visit Thunderkick Casinos to play for real money. 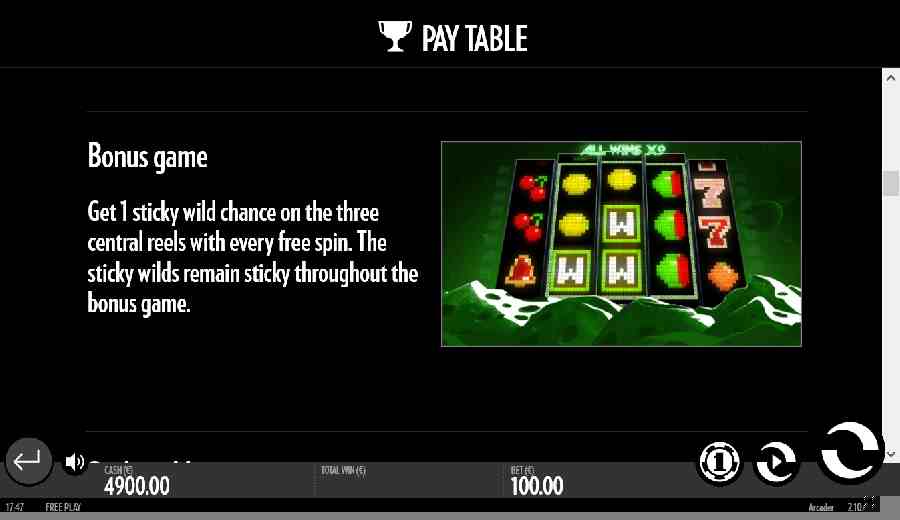 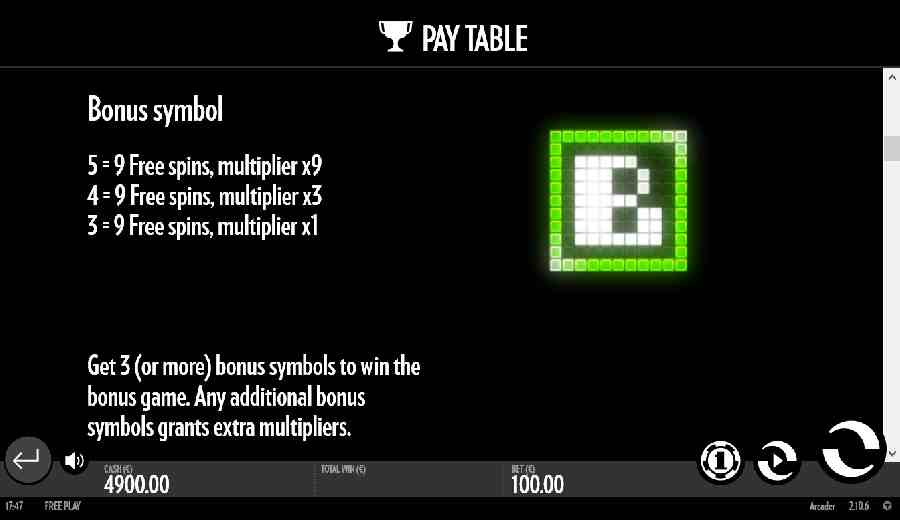 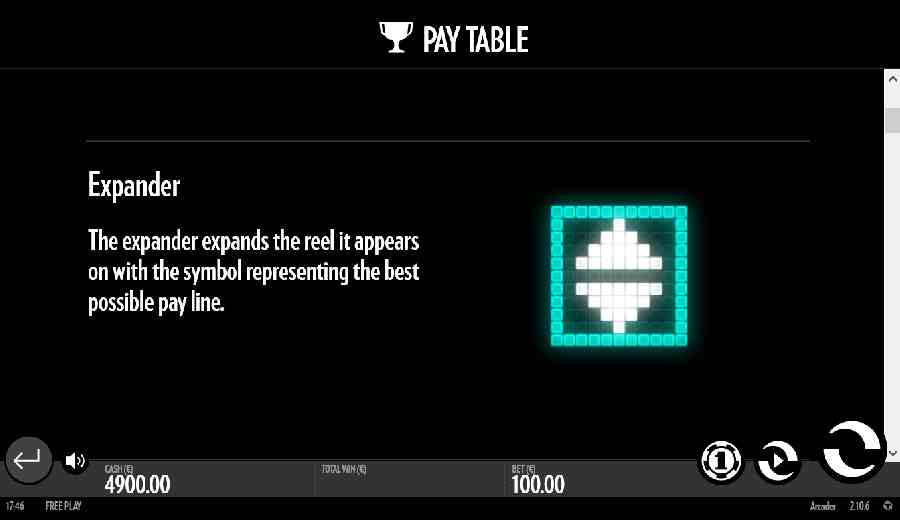 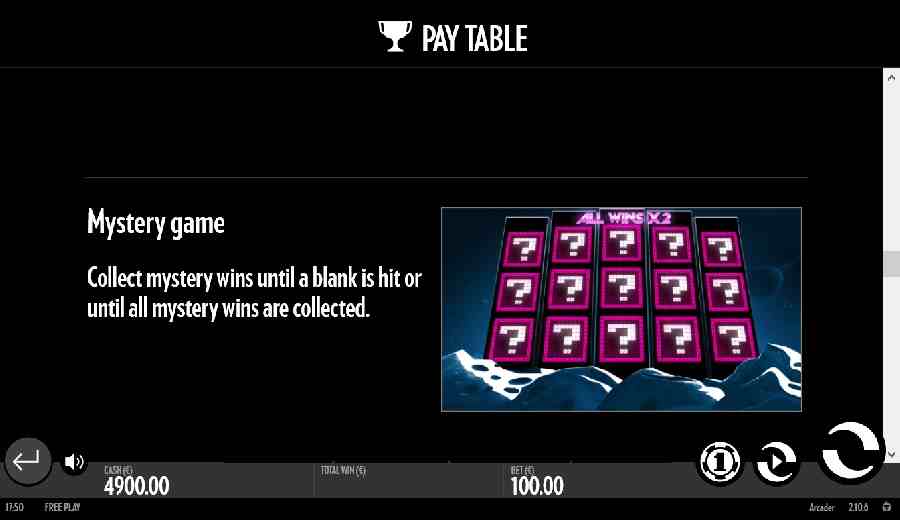 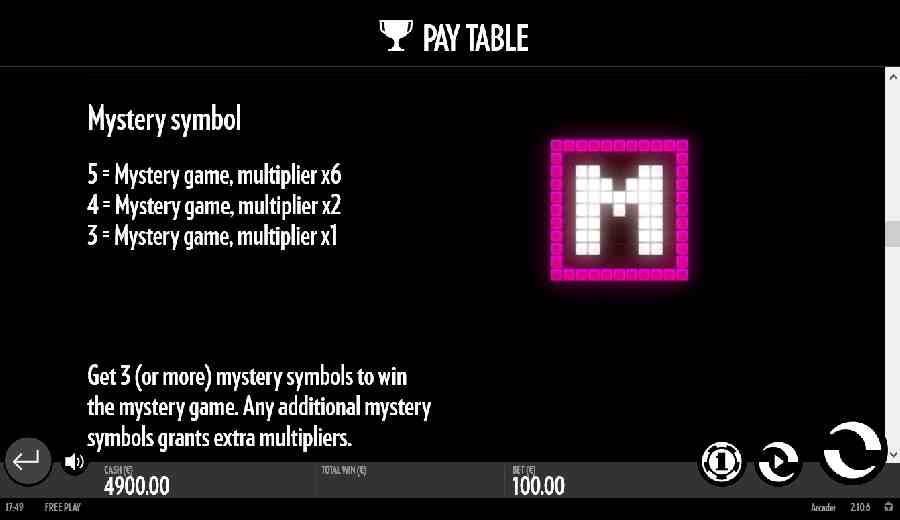 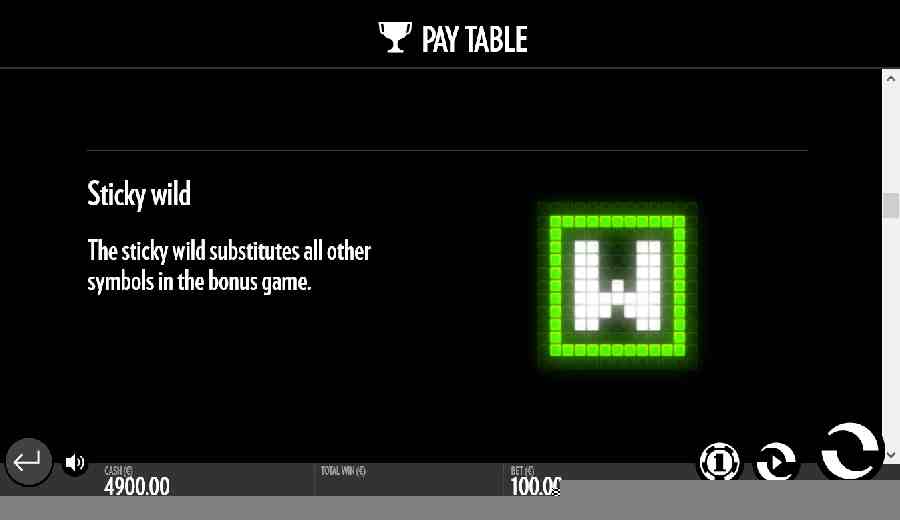 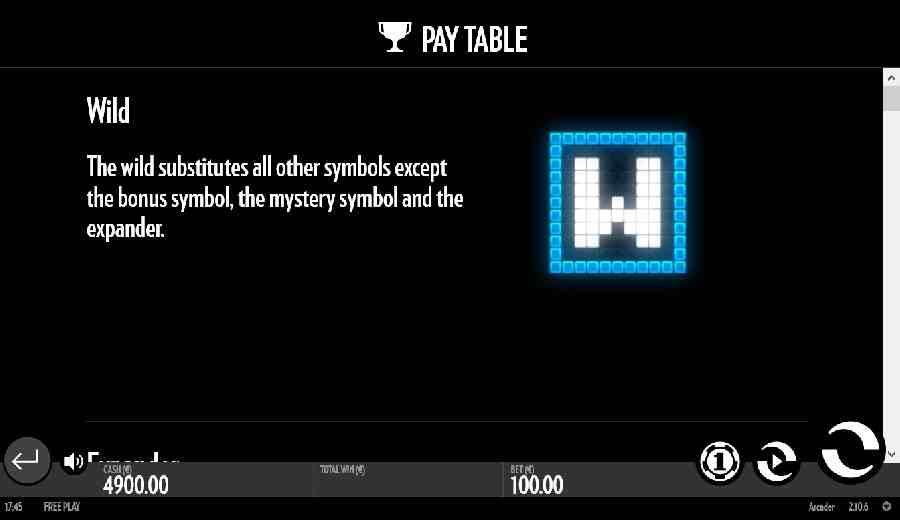 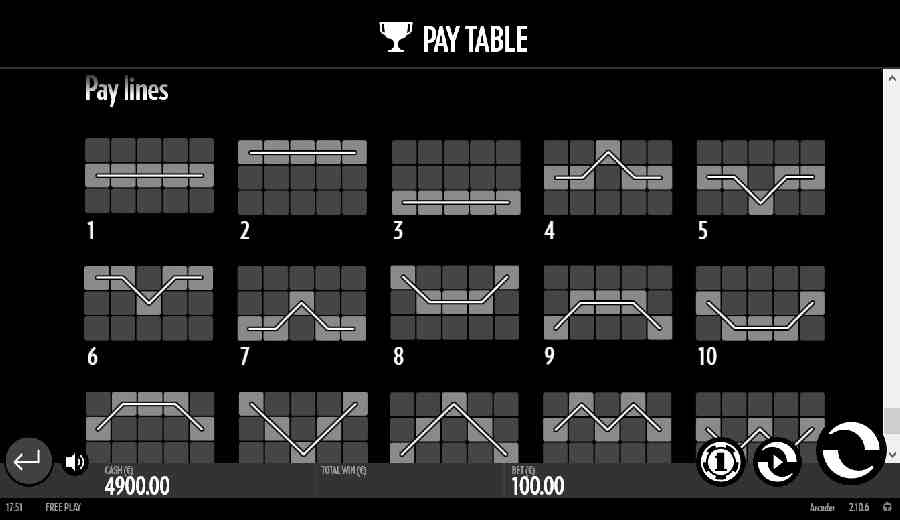 Arcader is a 5 reel 15 fixed paylines video slot game from Thunderkick software platform, it has an 80’s arcade theme, and features wilds expanders, mystery game and bonus game with free spins and has a maximum jackpot win of 2,700x your bet